Google Translate is a very useful tool for when you are travelling internationally but sadly, that’s also the time when you are least likely to have an always-on connection to the Internet. Obviously, there are a number of offline translation apps available, but if you are partial to Google Translate and you use an Android phone, you’ll be happy to hear that the latest version of the Google Translate app for Android (2.3+) now lets you download offline language packages for about fifty languages.

You can now simply select [Offline languages] in the app menu and see all the language packs available for download. You just need to download the language packs for the two languages you want to translate between and you are good to go. Google notes that these packs are “less comprehensive than their online equivalents,” but even a smaller dictionary is more useful than not having one at all.

Google also offers a Translate app for iOS, but it’s not clear when (or if) this version will get an offline mode, too. 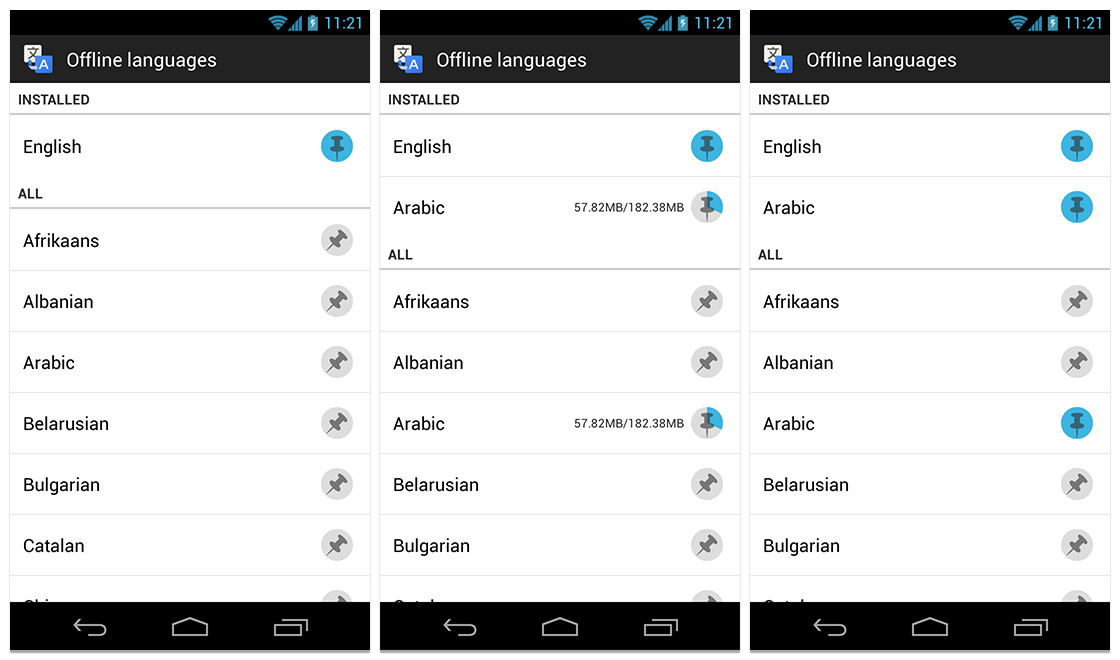 While the offline mode is obviously the main feature in this new version, the app now also allows you to translate vertical text in Chinese, Japanese and Korean with your camera. Google added support for using camera input to translate texts last August and added basic support for translating Chinese, Japanese and Korean this way last December. This could be a killer feature for Google Glass, too, and it’d be a surprise if the Google Translate team wasn’t working on this already (especially given that Google Translate’s Josh Estelle is already a Glass user and that Translate has made some cameo appearances in Google’s Glass promo videos).