Samsung is indeed working on a smart watch, the company’s Executive Vice President of Mobile told Bloomberg in an interview today. “We are preparing products for the future, and the watch is definitely one of them,,” Hee told the publication in no uncertain terms, adding that between itself and Apple, the “issue here is who will first commercialize it so consumers can use it meaningfully.”

Hee provided no further details about what a Samsung smart watch would look like, what features it would offer consumers or when it would go on sale, but he did say that the South Korean company has been working on a watch product for “so long,” and patents back up that assertion. Samsung has patents related to wrist watch tech spanning nearly a decade, as Unwired View notes, covering various types of wearable phone designs.

In fact, Samsung has even produced some of its creations, including the S9110, a smartphone in the shape of a watch it actually shipped in 2009. In fact, Samsung created the first-even watch phone back in 1999, when it created the SPH-WP10. That predated the smartphone, of course, but it did indeed ship. 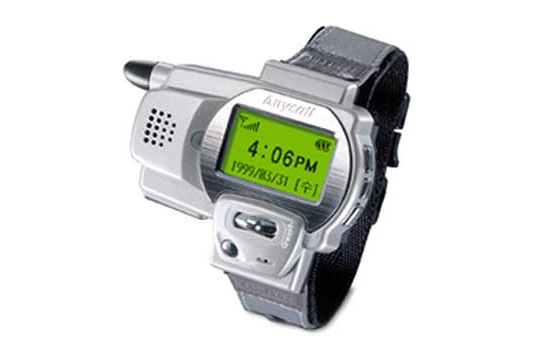 Bloomberg also reiterated that Apple plans to introduce its own smart watch design as early as this year, citing an anonymous source in what is likely a reference to an earlier report that said the same. The report also included information about what Apple’s watch might do, which includes displaying caller information and map data, as well as being able to make calls and track health-related information.

Samsung has created smart watch tech in the past, but this might be another case where Apple takes the tech and leads the way in terms of building a device that actually works with a user’s existing workflow, popularizing the concept before Samsung and others move to follow its lead. At any rate it’s definitely an area of renewed interest for the Korean electronics manufacturer.