Apps can decay pretty quickly without updates after deployment. The problem is, most of the time the only one who can make the updates to the app is the person who developed it. AppGlu’s new mobile enterprise platform is designed to handle this updating so a business person can make updates without developer intervention.

The AppGlu Control Center provides a simplified view of the app’s data, in either a familiar spreadsheet-like format or a custom business form. Changes can be made directly to an app in “production,” or to a “staging” environment that allows the customer to preview content changes in the app before publishing. Once the content changes are published, the AppGlu Content Sync Engine automatically handles data synchronization to the native platform’s local data storage layer in either iOS, Android or HTML5 apps.

AppGlu CEO Adam Fingerman said in an email interview that the company seeks to shift the responsibility of app management to the line of business people without burdening the developer with new tools and frameworks. 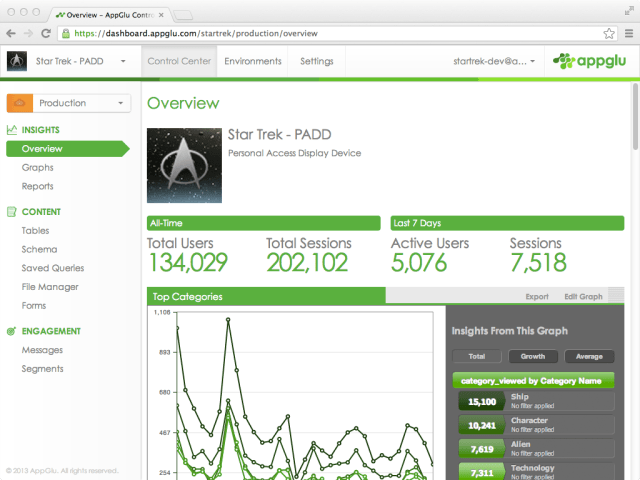 Fingerman said from a technology and product perspective, developers can build apps on the AppGlu platform while still using their existing tools and frameworks. “From a practical perspective, they won’t be bothered by marketing every time they want to change a line of text, run a new usage report, or create a new segment for a push campaign.”

The company’s backend is built on Java and MySQL, running across redundant data centers with a CDN layer on top for static and media file delivery.

AppGlu competes in the mobile enterprise application platform (MEAP) space. It is used to create apps for employees; apps for business partners and apps for their consumer customers. Honeywell has deployed several apps on the AppGlu platform for their field salespeople.

AppGlu, a spin out of ArcTouch, a consulting company that builds mobile apps, seeks to topple enterprise software companies such as Kony and Antenna Software.

With services such as AppGlu’s, the devil is in the details. These are early days for this type of platform. In the 1990s, platforms to update websites could be a challenge to get to work. The same challenge faces customers who use MEAP environments to update apps across iOS and Android environments and the various versions of the mobile operating system people have on their devices.