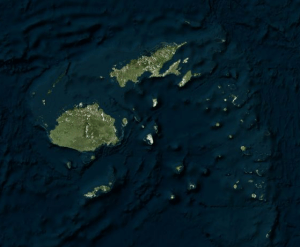 Bing Maps just got a large update that brings a more detailed map of the ocean floor to Microsoft’s mapping service. This new bathymetry data is based on the data compiled by the Scripps Institute of Oceanography. The update also introduces a new base satellite image from TerraColor with a resolution of 15 meters per pixel, as well as new high-res satellite imagery that covers a total of 13,799,276 sq km (Microsoft likes to be precise about these numbers).

After completing its mission to gather straight down imagery from aircraft in the U.S. through the Global Ortho Project, Microsoft also today added a total of 203,271 sq km of new imagery from Europe to its collection, which now covers 90% of Western Europe.

The most important new feature of the new base satellite image from TerraColor is that the team managed to reduce the cloud cover in a number of areas that are often obscured by clouds, including, for example, the Hawaiian islands. 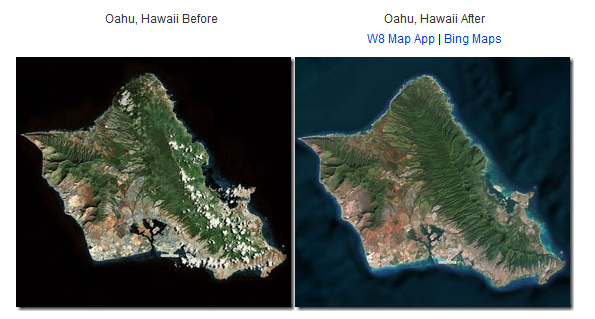 The highlight of the release, however, is obviously the addition of the bathymetric imagery that gives users a clearer view of what the relief of the ocean floor looks like. The topography of the ocean floor, Microsoft writes, “is represented by color shading (dark blues to light blues) indicating changes in ocean depth. An ocean mask minimizes areas typically obscured by ice and clouds.”

Google Maps, of course, started including more high-res underwater topography to its maps in 2011 and recently introduced some underwater “Street View” images, too. 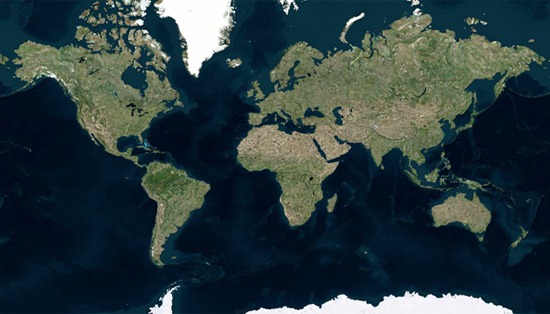