After making a visit to a disappointingly bland Google conference room behind frosted-glass doors in New York, the Verge’s Joshua Topolsky got some hands-on time with Glass. His in-depth report included an interesting little bit of information about Glass that many people have been wondering about. Glass, he wrote, will be compatible with Android – as most people always expected – and Apple’s iPhone. Google just confirmed to us that this is indeed correct, though the company didn’t want to comment on the details of how this will work. 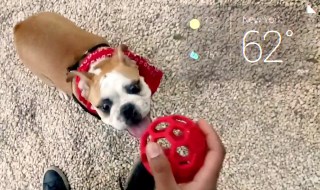 There are a few possibilities here, of course. Glass could simply use your phone’s Wi-Fi hotspot to get online, but that would use a lot of battery power – both on your phone and on Glass. Presumably, Glass will simply piggyback on existing data connections just like your Fitbit or any other kind of gadget talks to your phone today, as the Verge’s post also seems to indicate. This means Google will likely have to offer an iOS app for Glass as well. (And maybe that’s where some of the third-party Glass apps will live, too?)

Chances are Google will start selling Glass to consumers later this year and for somewhere under $1,500. Before the consumer launch, though, Google will also start shipping developer versions to a few lucky contest winners and those who signed up for it at the company’s I/O developer conference last year. So far, it’s not clear when these “explorer” editions of Glass will be available, but with the next I/O scheduled to start on May 15 and the recent media blitz around Glass, we might see them launch in the next few weeks.