At just about a year of age, Referly may be a tad young to be making its first acquisition.

But the San Francisco-based startup is doing just that today with the purchase of 500 Startups-backed LaunchGram.

Basically, LaunchGram was a service that kept people up-to-date on upcoming product releases. Because Referly also appeals to people who like to curate products and earn extra cash off recommendations through affiliate revenue, there was a big overlap in their customer base, Refer.ly CEO Danielle Morrill explains.

“This will help us be the destination for conversations around products,” Morrill said. “They were at the same place where we were in terms of traffic so this doubles our web traffic overnight.” 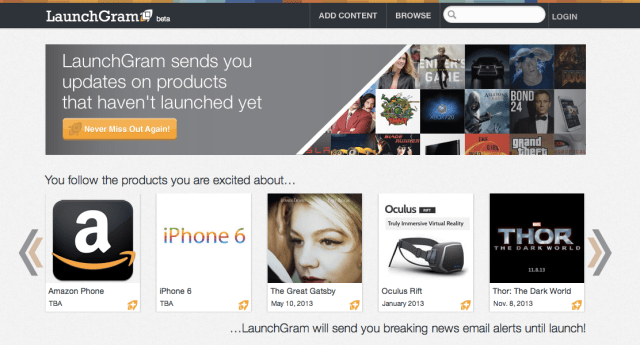 The deal was done for a combination of cash and equity, but neither company is disclosing how much. Only LaunchGram’s CEO Andy Sparks is coming on with the acquisition, but Refer.ly plans to keep LaunchGram alive.

“We’ll continue to operate the site, but we’ll keep it separate from Refer.ly,” Morrill said. “It still fits with our overall strategy.”

Sparks will take the lead on curating and editing Refer.ly’s channels around technology products. Morrill said the site has so far leaned toward categories like fashion, so this will cover a lucrative gap in Refer.ly’s offerings.

Morrill added that the Refer.ly is steadily growing with probably 1 million pageviews this month, 100,000 uniques last month and enough revenue to cover one engineer. “It’s a psychologically impactful level,” she said. “Even if there was startup nuclear winter, one person could survive on this.”

She added that they’re holding off on fundraising until she feels the company is performing well financially. The company just raised $1 million in a large seed round that included New Enterprise Associates, Ignition Partners, 500 Startups and Twilio CEO Jeff Lawson.

“We want to be ramen profitable before we raise,” Morrill said. “Paul Graham is always talking about startups that are cockroaches and that survive. I’m very determined that we will be that kind of company at the very least.”

That said, there are definitely more than a few things that have changed. Originally, the company was looking to democratize the way affiliate revenue on the web works. Many of the biggest e-commerce sites like Amazon pay others a small revenue share called an affiliate fee if they send buying customers over. It usually ranges from a few percent to 10 percent.

While bigger sites and independent stores tap into this, most regular people don’t because they’re either unaware of it or they don’t want to go through the hassle of registering as an affiliate.

Refer.ly’s bet was that people would want to recommend products and a get a small cut on the side. But it turns out that the monetary incentive isn’t all that strong for many of Refer.ly’s users.

“There’s this constant ‘For Love Or For Money’ debate that happens in this company,” she said. “Frankly, I’ve had questions about whether or not people even care about making an extra $20 or 30 or whether they just want a really good product blogging platform.”

Such a move would put them in more direct competition with companies like Tumblr and Pinterest though.