MTV has officially acknowledged that early reports of their hacked Twitter account was, in fact, a prank. An hour ago, MTV’s twitter account began tweeting naughty comments about musicians (screen shots below) and fooled a few media outlets into reporting the prank. A spokesman for MTV tells TechCrunch in an email “the hack was pre-planned in the spirit of corporate camaraderie with our sister network, BET [Black Entertainment Television]”.

MTV’s marketing director had alluded to the stunt shortly before it went live. After realizing it was a hoax, users began heckling MTV for what appears to be a widely criticized stunt. Denny’s Diner swooped in to make fun of MTV, with a clever tweet that instantly went viral. Perhaps, this stunt, which ended up making Denny’s look cooler than MTV shows that all this hacking news has saturated, to the point of parody. 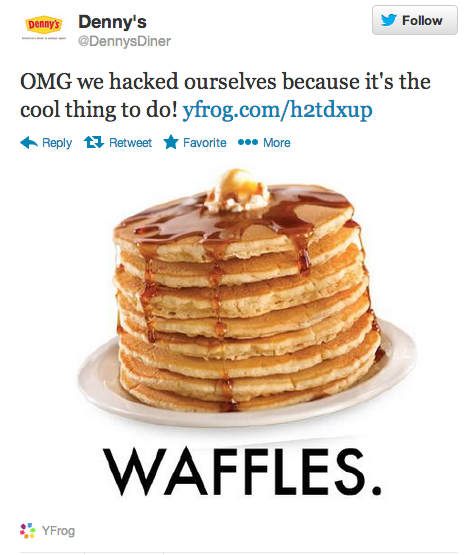 The hoax was apparently a coordinated effort to promote the BET Experience, a live music event in Los Angeles. There is some reason to believe such a stunt could end up successful. After Burger King’s actual hack earlier this week, their account grew by thousands of users. For better or worse, MTV and BET are getting a lot of (free) coverage. If you subscribe to the notion that “all news is good news,” then the strategy was a marketing success. But, if the on-going torrent of negative tweets keep rolling in, this may have been a very high profile mistake. 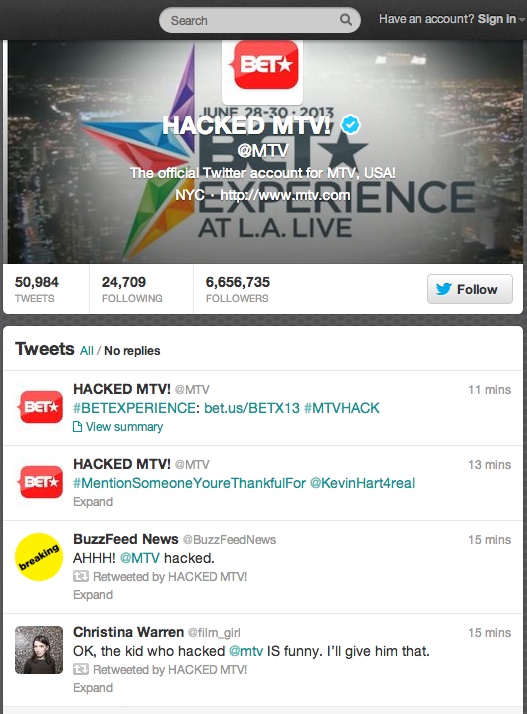 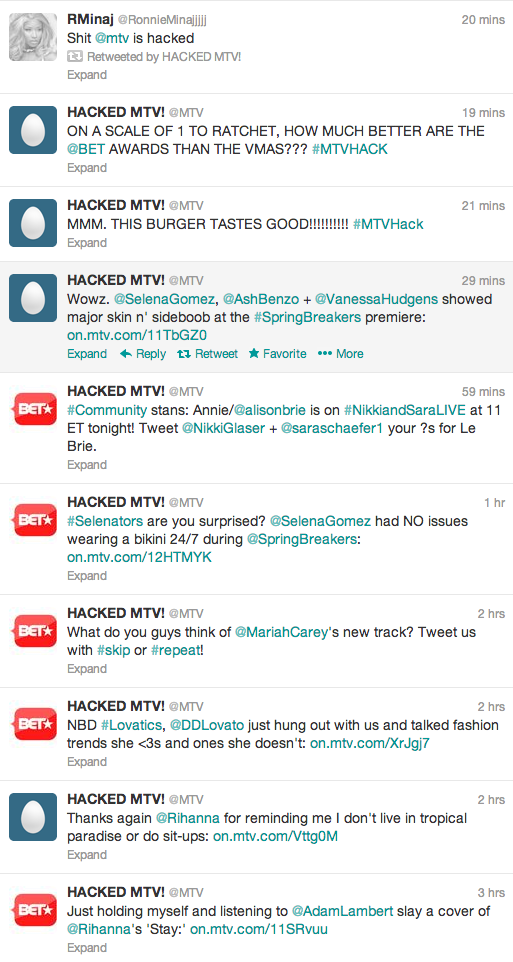