A five-minute video? Ain’t nobody got time for that. Not to watch one, or to make one. But Harlem Shake dance videos are capped at 30 seconds. That’s why we’re so willing to watch just one more incarnation, and why it’s easy to recruit friends to make them. The result is one of the most pervasive gags in history. A “Symbiotic Meme,” the Harlem Shake has a lesson to teach all content creators. 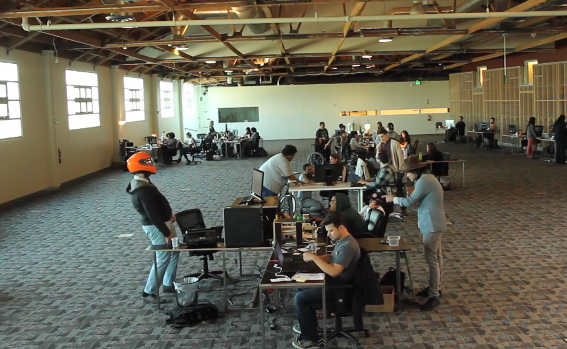 Give people a formula, and they’ll substitute in their own variables. Most people just aren’t all that creative. They’re not going to come up with some entertaining meme on their own. With a little structure, though, our minds fill in the blanks.

To break it down, the Harlem Shake meme is:

Or in “Harlem Shake v3 (office edition)”, for example:

[14 seconds of (the build-up of Baauer’s “Harlem Shake”) played as (one person in a helmet nods and thrusts while others sit at desks or work on computers)] then an instant video cut to [14 seconds of (the climax of Baauer’s “Harlem Shake”) played as (people shadow box, do hand stands, ride bicycles, and punch stuffed giraffes)] 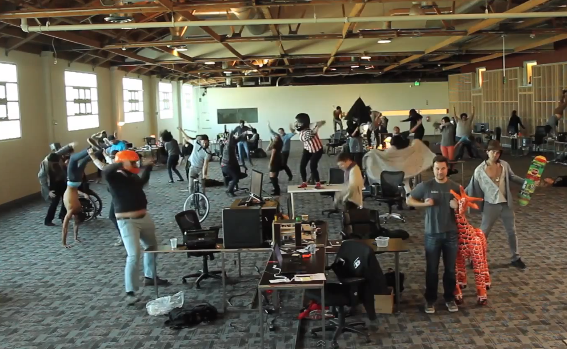 Anyone can sub their own variables into this equation, and practically everyone has. The formula is very easy to replicate with little video production skill, and it’s not asking a lot for people to stand around and then dance for a total of 30 seconds. Stick a camera somewhere, film part one, get everyone riled up, film part two, cut them together, add the slow motion effect.

The end product is remarkably snackable. When you see someone share a Harlem Shake to Facebook or Twitter, there’s very little risk to clicking the link. Worst-case scenario, you burned 30 seconds. Best case, you get a nice surprise and a laugh. No one wants to sit through several minutes of home-made content where the payoff is uncertain. It’s part of the reason why Twitter’s 6-second video sharing app Vine is succeeding where un-capped video sharing apps have failed. 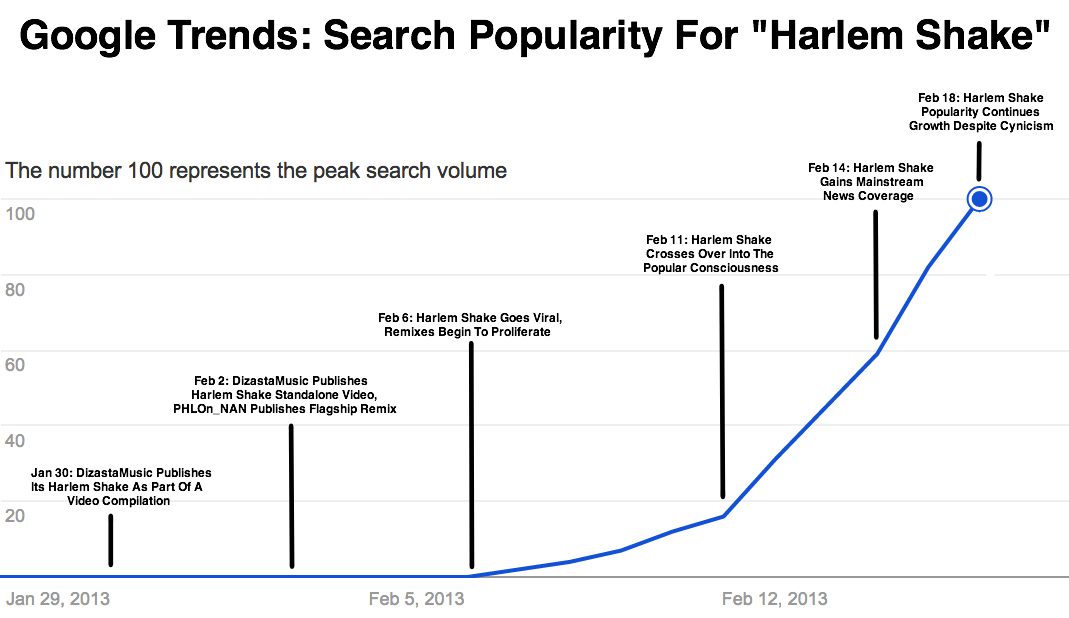 So why is this a “Symbiotic Meme”? It’s the term I coined five years ago when I wrote my final Stanford Cybersociology Master’s degree paper about the phenomenon. When content creators serve up a meme with an equation full of variables, people remix the variables, and share the product to their own networks. The audience becomes curious about what the source content was. This floods traffic back to the original or flagship version of the meme.

That’s why the original DizastaMusic standalone version of the Harlem Shake meme (broken out from a Dizasta compilation) has over 10 million views, and the flagship PHLOn NAN version, which crystallized the formula, has over 8 million views. All the versions of the Harlem Shake meme popping up around the world build on these, and in return increase their popularity. It’s a symbiotic relationship.

Content creators, and especially “viral marketers,” would do well to structure their products around a remixable formula when possible. Give us a coloring book and we’ll give you some pretty pictures and a whole lot of attention.