Editor’s note: Dave Girouard is founder and CEO of Upstart, a company that lets college grads raise capital in exchange for a small share of their future income. Previously he was president of enterprise at Google. Follow him on Twitter @davegirouard.

In last Sunday’s New York Times, we were treated to another rant about how dysfunctional and burdensome email has become. This particular piler-on lays the blame at “how stagnant the format of email has remained, while the rest of communication and social networking has surged light years ahead.” 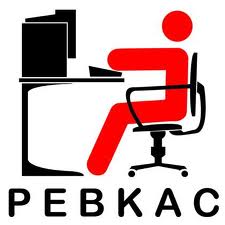 Really? If you ask me, I think the problem exists largely between keyboard and chair (see illustration).

I don’t mean to say that email providers can’t do a better job of serving their users (raise your hand if you don’t want Gmail to be faster), but innovation in email is anything but stagnant. In my view, the 30-year old “Simple Mail Transfer Protocol” (aka SMTP) has served us remarkably well, and continues to do so.

I’ve always felt that the “overwhelmed by my inbox” meme was a combination of humblebrag and mismanagement. Those Twitter posts bemoaning too much email often sound like somebody complaining about too many invitations to the prom – an “everybody wants me” or “I’m in such demand” kind of boast. In reality, a lot of people do have too many messages in their inboxes, but it’s hardly the fault of email itself. They’re just doing it wrong.

Another popular bromide suggests email is an evil time suck that prevents us from getting work done. For many – particularly engineers, designers, artists, or writers who need extended periods of concentration – this is undoubtedly true. Email can be a distraction that breaks our concentration if we allow it to do so. But for many of us, email actually is our work – or at least a vital part of it.

I’m bemused by the CEOs who declare their companies are giving up email…We tried that. It was called the ’80s.

If I followed the popular guidelines suggesting one should only check email once or twice a day, I can virtually guarantee it would slow down our progress at Upstart. To a large extent, email is how we communicate and get things done. At Google, my prior employer, I can state confidently that the company would (and did) grind to a halt if email weren’t available.

I’m bemused by the CEOs who declare their companies are giving up email. Why? So they can go back to those oh-so-productive in-person meetings and phone calls? We tried that. It was called the ’80s. For what it’s worth, I’m a big believer that there are many conversations that are better had on the phone, or in person, but that in no way minimizes the monstrous productivity improvements that email has wrought. What company has lasted even a month without email?

The ultimate obituary for email is that it’s for, well … old people. Millennials will tell you that email is where they go when they want to write a formal letter (how us GenXers thought about actual letter writing) or to get my Amazon receipts. There is some truth to this. Without question, text messaging has taken its rightful place as a superior and universal tool when the message is short, and the timing is now. And we should be glad to get that stuff out of our inbox. Yet somehow it hasn’t left our inboxes barren.

And what of Facebook and Twitter? Or those myriad enterprise social apps that spell doomsday for email? There’s a reason why the newsfeed of your favorite social app can’t and won’t replace email. Using a social stream to contact somebody is akin to driving past your friend’s house in order to visit them. Yes that’s right – just smile, wave out the window, and keep on going, rather than pulling into their driveway. That’s the newsfeed. The more these social products attempt to implement more directed forms of messaging, the more they create half-baked (or even lesser) versions of email. I should admit that there’s one area where Facebook has left email in the dust: you never need to remember or update another email address. But the price you pay, in terms of reliance on a single and proprietary platform, is steep. This is an obvious shortcoming of email that should be fixed.

By the way, if email is dead, why is it that every social/local/mobile app in the world is intent on notifying you via email every time a butterfly flaps its wings? Because that’s the only place you’ll reliably receive the notification and re-engage with their app.

Listen here, email haters. That protocol from 1982 called SMTP, and the ecosystem of applications and services based on it, are blessed with certain virtues that we’ve all taken for granted. First, it’s not controlled by any one company. Like SMS, SMTP is a very basic communication protocol that allows for virtually unlimited innovation around it. Threaded conversations? Check. Priority inbox? Check. Forgotten attachment detector? Check. And as Mailbox has shown, by building a simple feature that pushes emails off until a time you feel like receiving them, you can build a company that will receive countless term sheets from venture capitalists (presumably in your inbox).

To the piler-on at the New York Times, I have a few suggestions to relieve the dread you apparently feel each time you come face to face with your inbox:

1. Use a modern email service that has features that put you in control. I’m naturally partial to Gmail, as almost half a billion people on the planet seem to be.

2. Turn off social network notifications. They seem to be such a huge source of your angst, yet they don’t need to be. Just turn them off.

3. Don’t sign up for mail lists unless you really need to. Nobody can force you. Ok, maybe your boss can. But this is mostly in your control.

4. Filter stuff out of your inbox that isn’t urgent. The glory of virtually unlimited email storage (an innovation of the last eight or so years) is that you don’t have to keep everything in your inbox, yet you can find it when you need it or browse through it when you have time.

5. If, after carefully considering and adhering to the advice above, you’re still inundated with a tidal wave of unwanted email, you might consider being grateful that people actually take the time to write you.