TV commercials that automatically play could soon hit Facebook’s news feed. This week Facebook VP of Business David Fischer admitted auto-play video ads might be distracting, but said “I believe there are ways we could do it.” Fischer said during his Stanford Future Of Media Conference keynote that he admired YouTube’s video ads. But auto-play video spots could be flashy and annoying in the quiet news feed.

At Wednesday’s Future Of Media Keynote with Fischer, Fortune magazine’s senior editor at large Adam Lashinsky opened the conversation about video ads saying Wall Street is clamoring for them. Fischer explained they already exist in one form. Businesses can post videos from their Page and then pay to show them to more people, though those have to be clicked to play. He noted that businesses constantly ask for more attention-grabbing video ad units closer to a home page takeover than a simple news feed story.

Lashinsky then pressed Fischer to cite another web company whose video ads he admired. Fischer squirmed a bit, and from my front row seat in the big Stanford auditorium, I could practically see his internal monologue mulling over whether he was going to complement Facebook’s biggest competitor.

And then he actually gave props to Google. “You know I think YouTube has moved in the right direction by putting more control in the user’s hands, with the five-second TrueView thing,” Fischer responded. He was referring to the YouTube pre-roll video ads that you have to watch for at least five seconds, but can then skip. They’re auto-play ads, but businesses only get charged if users view the whole commercial. 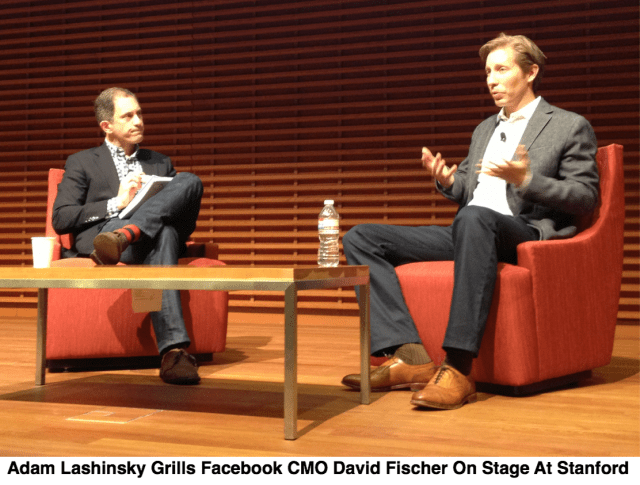 That got me wondering if Facebook could run a similarly aggressive ad unit on the news feed. So when the keynote got to question and answer time I asked “Right now the Facebook home page is pretty static. No auto-play videos, no animated GIFs. Could Facebook run auto-play video ads without overly distracting users from their friends’ content?”

This basically confirms the gist of a report from December by AdAge that said Facebook plans to launch a new auto-play video ad format. AdAge detailed that industry sources briefed on Facebook’s plans say the web and mobile ad unit should launch by April 2013, and the social network is pushing for 15-second ads, opposed to standard 30-second spots. Facebook is apparently considering whether audio would auto-play alongside video, which would be more interruptive than if only video played without consent. 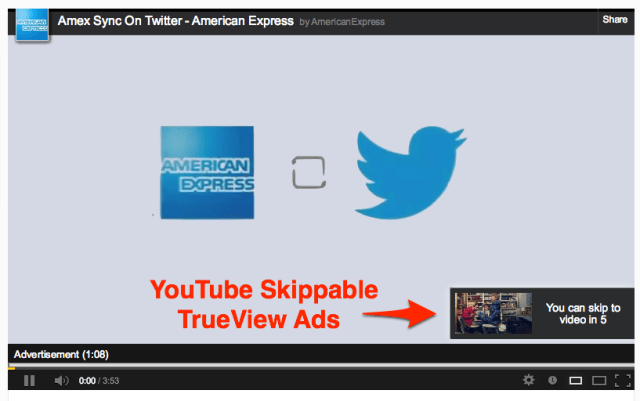 Facebook is searching for a way to make it easy for advertisers to translate the TV commercials they’re used to shooting into Facebook. Most people wouldn’t willingly click to watch a video ad, but if one automatically starts playing and looks cool, they might watch the whole thing. This meshes well with Facebook’s desire for ads to be more like content that actually helps or entertains people.

The only delay is that Facebook wants to create video ads that don’t make users so frustrated they leave the site. A TrueView-style option to skip an ad after a few seconds might help.

Considering Fischer’s comments and the fact that the TV ad market is worth somewhere around $70 billion, it seems inevitable that commercials are coming to the web’s top communication tool.

Think of it this way. On TV, the average American sits through about 16 minutes of commercials per hour, and the average U.S. user browses Facebook for six and a half hours per month. If Facebook ran as many commercials as TV networks did, it could show over 400 15-second video ads to users per month. People are a lot more impatient on the web, but I bet Facebook could get away with showing at least a tenth of that, or a little more than one video ad per day.

That might be the right balance to let Facebook steal TV ad dollars without making users wish they had TiVo for the news feed. Some will surely still complain. But Facebook costs money to operate and most things as useful as it is charge users. Like it or not, advertising is the life-blood that keeps the consumer Internet free.

Correction: David Fischer is Facebook’s VP of Business and Marketing Relationships, not the Chief Marketing Officer.