Leanplum, a TechStars Seattle 2012 alum that wants to make A/B testing easier on iOS and Android, just announced that it has closed an $825,000 angel round from TechStars, Kima Ventures, VoiVoda Ventures, and several undisclosed “high-profile individuals.” The service, which was founded by ex-Google employees Momchil Kyurkchiev and Andrew First, allows developers, product teams and product managers to optimize their apps in real time.

Leanplum is still in private beta, and the team remains relatively tight-lipped about how who its beta testers are and how exactly the service works, but the idea here is to give developers the tools to understand how small changes in their apps affect how users interact with it.

This data, Kyurkchiev told me earlier this week, is something most mobile A/B testing and analytics tools can’t give developers. While there are plenty of tools for developers on the desktop to do this, Kyurkchiev argued that “on mobile, a lot of times you have to resort to guessing.” Developers and product managers, he said, need to see how small changes affect engagement, retention, lifetimes value and, of course, monetization of their apps. Because Leanplum emphasizes ease of use, it developed a system for making it easy to add more tests once the basic code has been integrated with the app.

Leanplum is currently only making an iOS SDK available for its testers, but the company is also working on an Android SDK, which will likely be available before the service opens up to the public.

While Kyurkchiev didn’t disclose much about the service’s details, Leanplum’s homepage features a number of interesting examples. How, for example, the company asks, would changing the gravity in a physics-based puzzler change playtime and retention? Gaming, it seems, will be an area Leanplum plans to focus on, though Kyurkchiev stressed that the company’s tools and analytics are flexible and will work across categories.

Leanplum plans to use the new funding to hire, as well as to have the runway to build out the product. The company obviously plans to launch a public beta in the future, but doesn’t currently have an ETA for this. 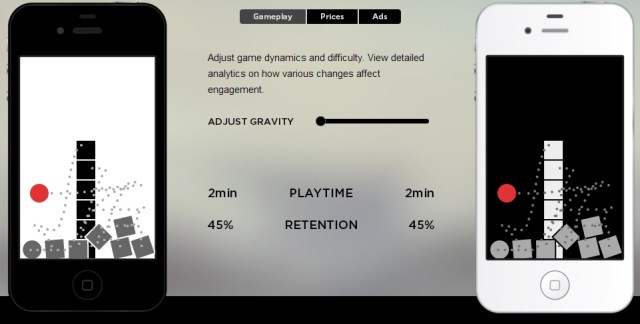