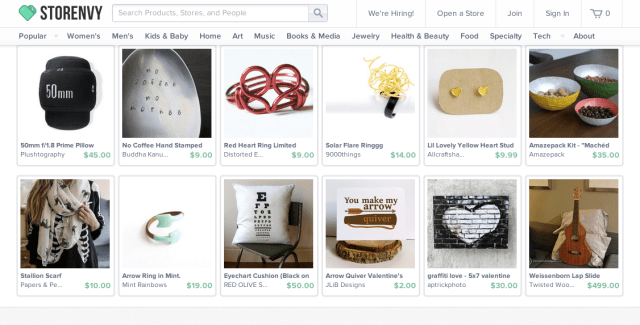 Note: This is the second friend in a row whose funding I’m covering this week. Looks like my friends are doing okay for for themselves despite the Series A Crunch. Have at it, comments.

Storenvy, which aims to be the Amazon for indie sellers, presently has more than 30,000 merchants of wares who can market their products either through the individual links to their own stores or through the socially equipped Storenvy Marketplace (its homepage), which is a discovery platform similar to Wanelo or The Fancy.

Storenvy CEO Jon Crawford (disclosure, see Note above) tells me that the startup has brought in $1 million in monthly sales since the launch of the Marketplace, which now accounts for about 50 percent of the sales of the site. In addition to the 30K sellers, the startup also has more than half a million registered users.

“The biggest challenge in e-commerce is discovery,” Crawford says. “I’d spend so much more money online if someone would just show me more things I’d love. The best software in the world can’t tell you what you will love. But you know what can? Your friends.” Crawford tells me that in addition to the social and crowd curation, he plans on making Storenvy a style destination with the new cash. “We want to be a gigantic Urban Outfitters full of the world’s best stuff including fashion,” he says. 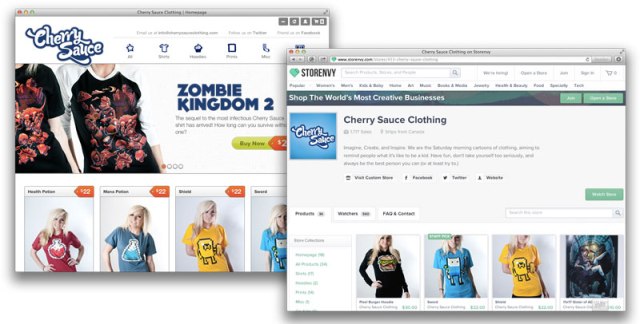 Crawford, who started Storenvy out of his Kansas City, Missouri, garage in 2008, is perhaps best known in the founder/startup community for getting kicked out of Y Combinator and living to tell the story (and raise more money). As he wrote in an infamous post:

I want to make it absolutely clear that I have the utmost respect for Paul, Harj, Jessica and everyone affiliated with Y Combinator. It’s an amazing program that produces amazing companies. Paul made the right decision to not fund Storenvy, given the circumstances. I wish it had worked out, and I recommend that every single startup apply. But I hope people reading this realize that there can be life after a YC rejection.

One gets the sense that surviving, and thriving, after this rejection has made Crawford humble. When asked if Storenvy was, to use a startup cliche, “killing it,” Crawford said, “Most people haven’t brought their stores online yet. We haven’t captured 1 percent of the market. I want to be the default store platform for the next generation of merchants, and until we’re doing that I’m not going to be satisfied.”