Way back in November 2011, a little startup called Luluvise raised $1 million to build a platform aimed only at young women networking privately. It was billed as ‘girl time all the time’ and riffed off the fact that Facebook had become too public and involved too many men for young women to shoot the breeze about the guys. Although a U.S. company, Luluvise got great PR in the UK, but essentially failed to get traction. Now, they think they have found the winning formula: US college girls.

The original Luluvise pitch was to aggregate email, SMS, instant messages and all comms into one secure place just for young women. It made sense. According to some industry figures, women generate more than 70% of the messaging activity social networks.

However, not long after going live the site attracted some criticism for its potential legal minefield where it allowed women to “rate” guys they’d dated. Plus, the stats were disappointing, attracting only 400 users to the Facebook app, for instance. Despite that, their “key learning from the UK launch” was that girls “want a database of guys, and we’ve taken our product in that direction,” said a spokesperson. 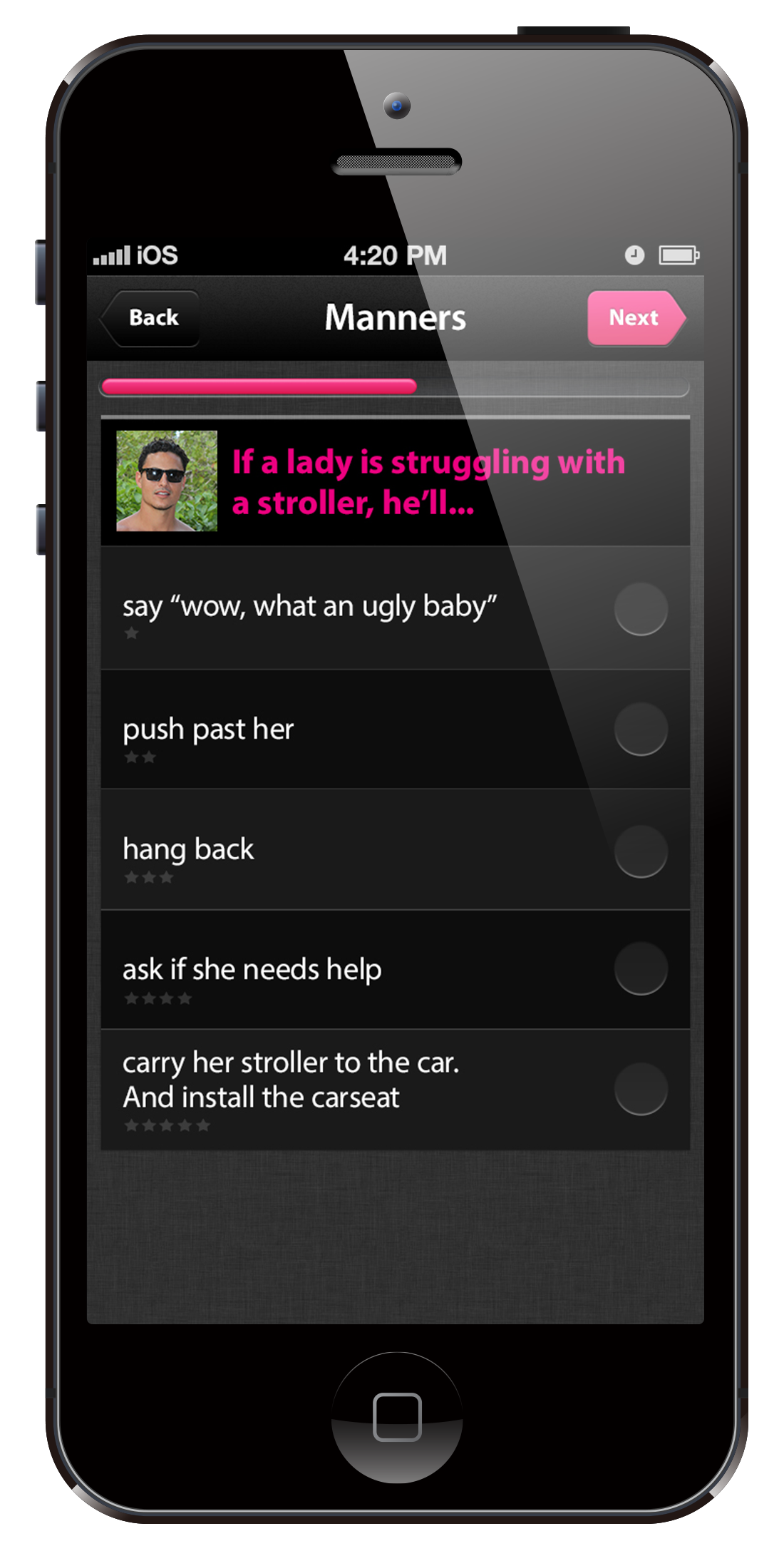 The company has now hit on the idea of doing what Facebook did in the early days: focusing on US colleges first, and exclusively on young women students with a “girls-only app for dating intelligence”.

Lulu says an invitation-only launch at Florida State University (FSU) and the University of Florida (UF) in January of its iOS/Adroid app had had over 60,000 downloads in a month, with 140,000 reviews of guys generated. The app is now publicly available here (iOS) and here (Android) in US-only app stores. Aimed at 18-25, Lulu says the typical (female) user comes to the app 5-6 times per day for an average visit of 8 minutes. 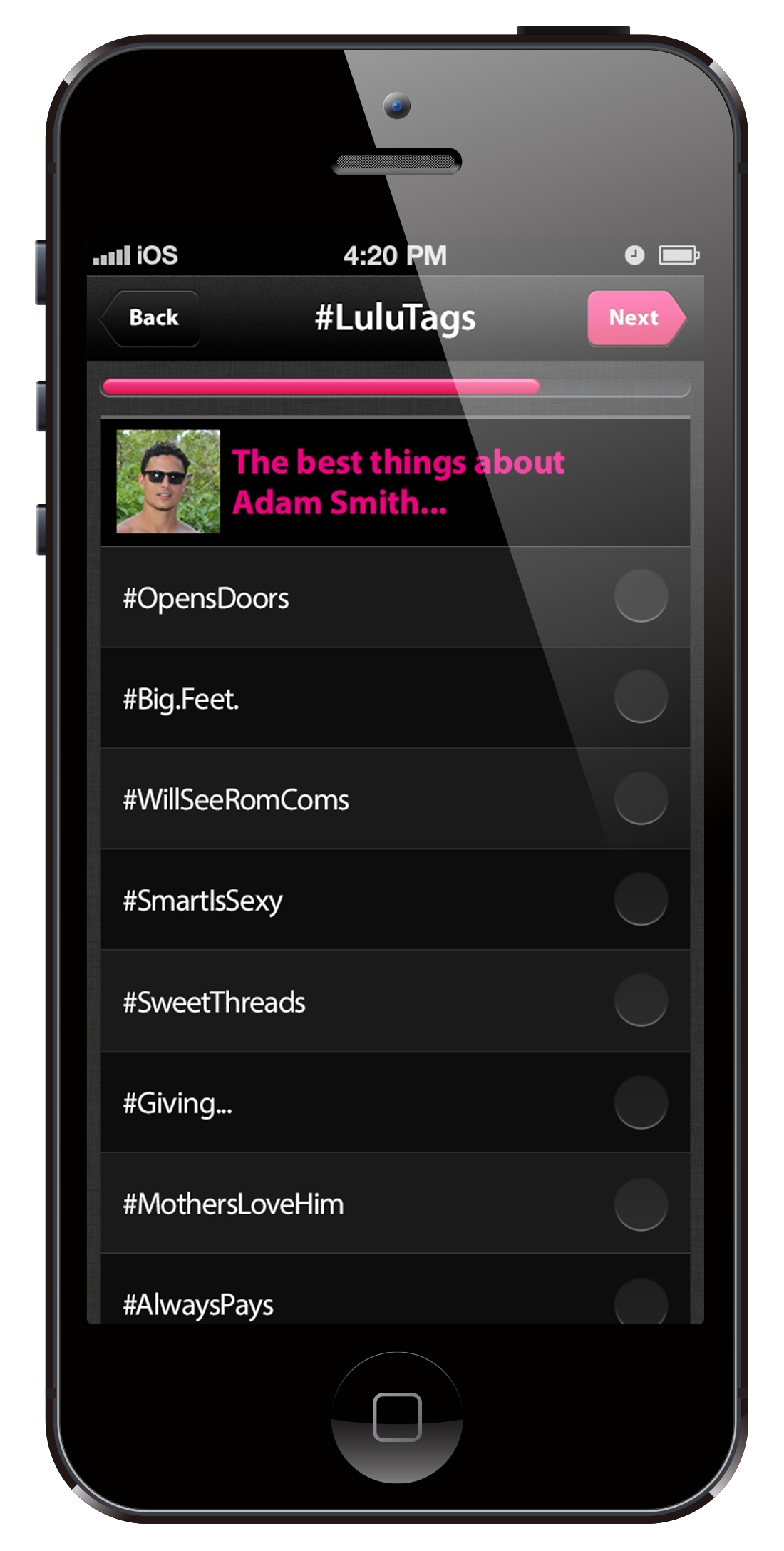 It’s almost as if Lulu wants to become the ‘app store for men’ where users are able to post anonymous reviews. There is, however, a sense of humour present.

“At the end of the day, Lulu is about encouraging good, gentlemanly behavior, Our categories aren’t gross or mean (we’re not judging penis or bank account size),” says a spokesperson. Then again, the app does allow users to rate guys for if they have “big feet” or whether they will be wearing “dumpster clothes” in 5 years time or an “Italian suit”.

Men – in theory – are kept out because it requires a Facebook log-in to join the app (admittedly some men may well be driven to create a false Facebook profile just to log in). Every user is anonymous but, of course, the guys they are reviewing are not.

Lulu says a guy could never find out who reviewed him on Lulu because names are not attached to reviews. However, give how much intimate information is being disclosed it would not take much to infer quite a lot about the identity of a reviewer. 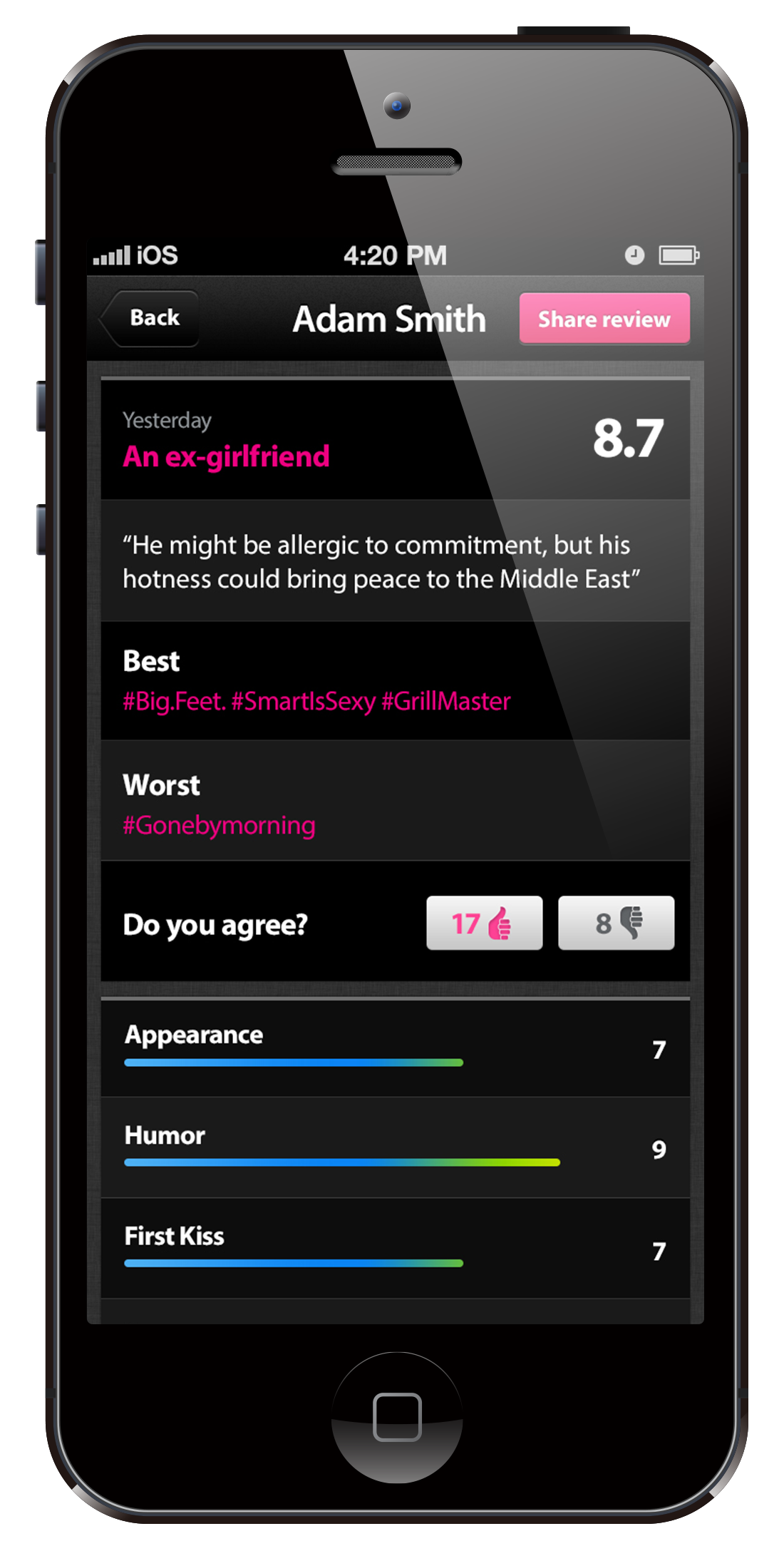 Perhaps to counter negative male reactions, but also to cleverly get better data, Lulu has devised a separate app called LuluDude (currently only on mobile web), where guys can manage and edit their profiles, which are visible on Lulu (which guys can’t access).

On LuluDude, guys can edit their relationship status, add profile pictures and use hashtags to describe their best (and worst) qualities and their turn-ons (and turn-offs) as well as request reviews from girls. Note that LuluDude is NOT an app for guys to review girls. (Sorry guys).

The Lulu app is pretty simple: Girls register via their Facebook accounts, but Lulu never posts to Facebook. All girls are always anonymous on Lulu, and their activities are always private.

Only girls can create and read reviews of the guys they know, including, claims Lulu, Ryan Lochte who is allegedly a “#Trekkie” and “#SmellsAmazeballs”? So how do they prevent guys from going on the app and pretending to be women again?

Girls on Lulu review guys they know in a number of categories including appearance, humor, manners, ambition, first kiss, sex, and commitment. The app allows girls to choose a photo of a guy and add his name to the database. They can also add hashtags to his profile so other girls can see what’s most “loveable” (er, yes) about him, and what “to watch out for”. Lulu says the overwhelming majority of reviews are positive – with many using the app to spread the word about their awesome brother or “cute coworker”. There is also a popular “Dear Dude” feature where real guys answer outrageous questions from girls on sex and dating.

Chong says the new app an “evolution” from Luluvise.com, which she launched in December 2011. “My vision has always been to create a discreet, private space for girls to talk about the most important issues in their lives: their relationships.” She says Lulu will tell you about the guy who is nice to his Mom but rude to waiters and acts jealously. We’ve all met that person…

“This is the stuff you need to know when you’re checking out a guy in Econ 101, at a party, or even on a dating site. Lulu puts the girls in control,” she says.

Lulu is clearly out to create a different kind of social networking – this is an app the characters in Gossip Girls would probably enjoy.

And admittedly a male-only site designed to rate women would probably struggle to receive venture funding and could well attract negative press reaction.

In Lulu’s favour are tweets which swing from violent love to violent hate – not a bad place to be for a startup trying to get profile.

However, the adoption rate so far suggests this might be a new FaceMash – but this time girls only, sorry Zuck. 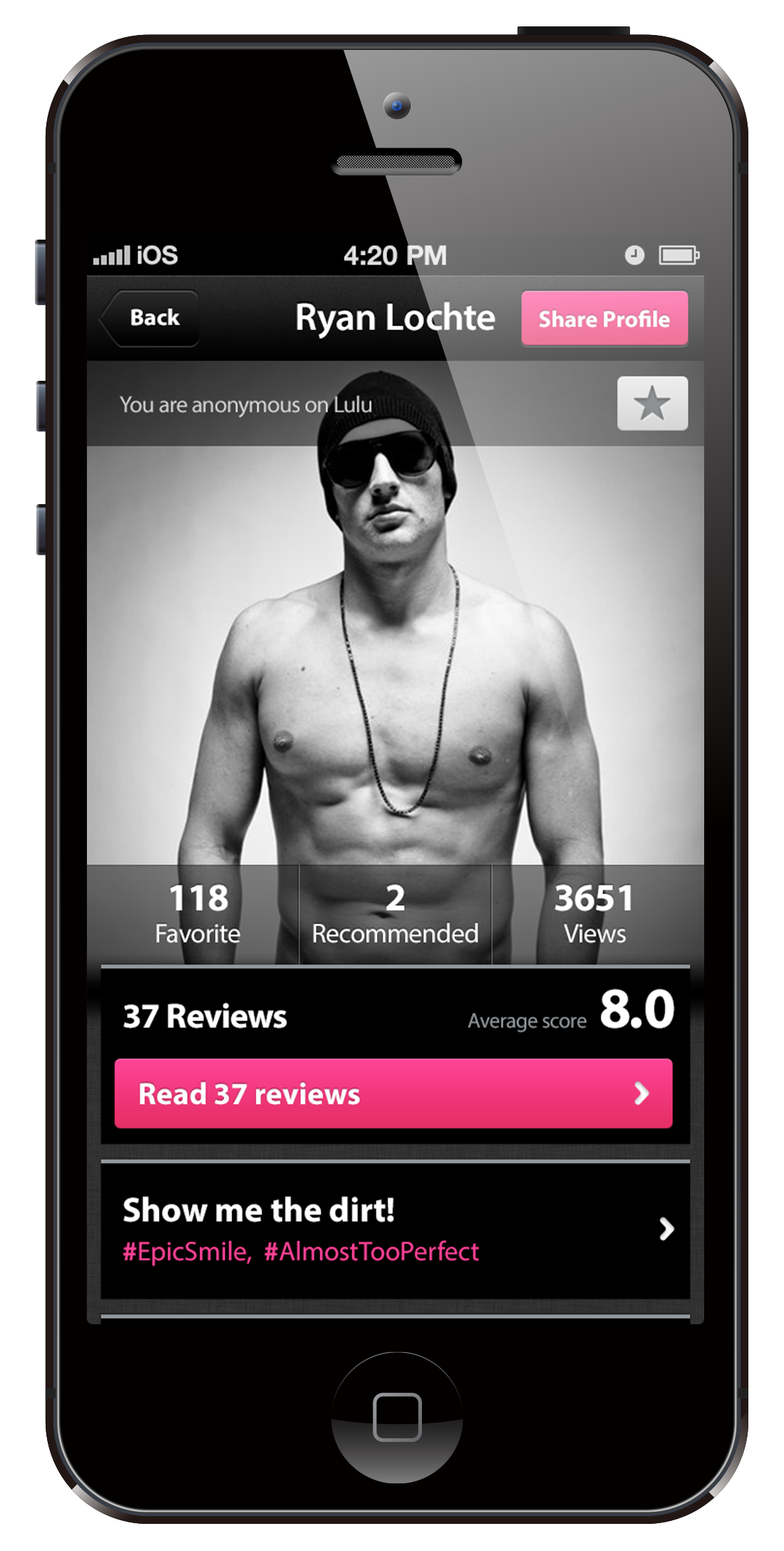