Jailbreaking has returned, and already servers are overloaded. Today, a group of iOS hackers styling themselves as the Evad3rs team has released a usable jailbreak for the iPhone 5, as well as any other iOS device capable of running iOS 6.0 or 6.1, with the exception of the Apple TV (3rd generation). The process of jailbreaking devices has grown more difficult through the years. This is thanks to security improvements on Apple’s side and the lack of new bootrom-level exploits that would allow long-lasting jailbreaks on an entire family of iOS devices, regardless of the incremental iOS software updates that regularly patch the holes that jailbreaking software now exploits.

But this new “evasi0n” jailbreak has been well worth the wait – especially for those bordering on a bit of iPhone ennui and those looking to take back control of their iPhones in order to break out of the restrictions Apple has set in place. A usable jailbreak opens up access to a world of unapproved applications, free and paid, through the alt app store known as Cydia, as well as a whole host of other controls and tweaks that can change the otherwise hard-coded defaults on your iPhone, iPad or iPod Touch.

The jailbreaking “scene” has seemingly died down a bit over the years, as Apple slowly rolled out changes to its operating system that have addressed some user complaints: the introductions of and support for an Android-like notifications drop-down; widgets (also in that drop-down window); Facetime over cellular (3G/4G); more granular control over notifications and privacy; and more. But perhaps jailbreaking’s decline has been one of perception and not representative of a real decline in user interest.

To give you an idea of scale, recent figures released by Jay Freeman, who owns and operates the Cydia store, show 22.8 million devices were running Cydia over the past two months. Although that may be a small sub-section of the some 500 million iOS devices sold to date, it’s a significantly sized user base. And every time a new jailbreak comes out, Cydia breaks new records, which reflects the growth of the iOS ecosystem as a whole. It will be interesting to see if it can do so again, or if those in search of more control, quality OS design and a broad app ecosystem have gone ahead and switched to Android in the meantime.

The link to the evasi0n jailbreak is here, and it works on Mac, Windows and Linux. Do be aware that there are scammers out there trying to take advantage of this release, so only use the official evasi0n software if you choose to proceed. A full Q&A about the jailbreak and other questions are available here. 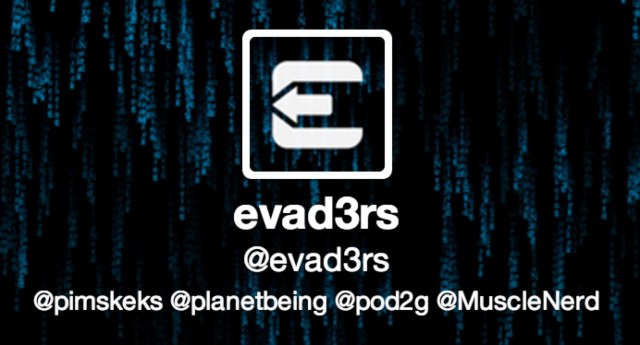 Update: The downloads are already exceeding pageview limits, so be sure to check out the list of errors listed below the main links.