As hinted at following the raise of its $14.5 million in Series C financing this fall, online kids’ clothing consignment thredUP is now expanding into new verticals, starting with clothing for teens. While previously, the company was focused on clothes for younger children – boys and girls, ages 12 months and up – the new “juniors” category is starting out with a focus on teen girl clothing only.

Currently, the service is in beta testing, and only for the “clean out” side of the business, while the “buy” side (the juniors online shop) will come later on after the company has built up inventory, and figured out how to overcome the challenges around sizing and merchandising that come with launching a new vertical. 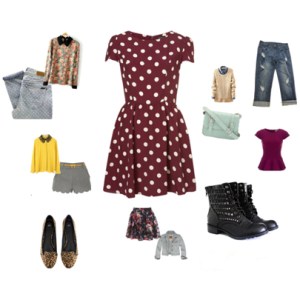 ThredUP, which has raised $23 million to date in outside funding, pivoted from operating an online clothes swap back in spring 2012, to the more fully featured online consignment shop it has today. Parents send in their gently worn, high-quality kids’ clothing in a provided bag, and then receive either cash or credits to spend in thredUP’s online store. In July, the company added a couple of former Netflix execs to its team, in advance of plans to scale its business considerably.

This October, CEO James Reinhart told us that the company’s plans, starting in 2013, would involve new verticals beyond clothing for small children, including not only juniors, as is being introduced now, but also maternity, women’s and men’s consignment clothing.

As with the kids’ service, there are rules around what juniors’ clothes thredUP accepts. The model here is consignment, not hand-me-downs, so the clothes have to be in fairly good condition and from brands others would want to buy. For example, thredUP says it’s not accepting Walmart and Target brands into its forthcoming juniors clothing store, but will take things from Hollister, Aeropostale, American Rag, Roxy, Billabong, Volcom, Levis, Jolt, Celebrity Pink, Baby Phat, Tommy Girl, Bongo, Dollhouse, Union Bay and others, to give you an idea. Junior sizes include 00, 1, 3, 5, 7, 9, 11, 13 and 15.

At the time of its Series C, thredUP was averaging around 7,000 new paying customers per month, and had an online catalog between 65,000 and 70,000 items. The company says that it has seen 340,000 visits in January so far, and is still averaging about a 50 percent retention rate/repeat customer rate. Inventory grows at about 4,000-5,000 items per day, and the company now has over 400,000 members.