If you’re looking for a great story to end your week, here’s one. Below is a mission statement that’s brief, to the point and something that is easy to get behind:

StudentRND inspires students to work on tech projects in their spare time.

For younger folks who really love technology and the idea of hacking things with others, there is a place for them. Just a few years ago, you probably wouldn’t be able to say that. These days, a Seattle-based company called StudentRND has a program that gives high school kids a place to be as creative as they want to be, with others that want the same thing. It’s like space camp, but it’s not a one-time thing by any stretch of the imagination.

When you foster an environment of innovation for younger minds, you’re setting up everyone’s future for really amazing things. While we’re stuck in the world of social networking via Twitter and Facebook, the developers that will end up making their mark on the world over the next ten years are thinking way bigger, and deeper, about the problems that affect all of us.

Someone who is fifteen years old right now could end up building the next huge evolution in transportation, cure a serious illness or just bring a smile to people’s faces in a new way. This is a great thing, and StudentRND is helping it happen.

I spoke with its CEO and Founder, Edward Jiang, about StudentRND’s mission and what’s next for them.

TechCrunch: Why did you start StudentRND?

Jiang: I believe that students have incredible amounts of potential. However, not many realize that they can do amazing things.

Some high school students start to tinker around with technology in their spare time — learn how to code, mess around with electronics, but never do anything substantial because they never really get around to it. There’s always a homework assignment due tomorrow, and a test next week to distract them from doing something they want to do.

Others want to learn how to do things with technology, but don’t even know where to start. None of their friends, teachers, or parents are involved with technology, so they assume that it’s some sort of rocket science that isn’t easily accessible.

I believe that the best way to learn about technology is to do things with technology. When I was in high school, I learned a lot about technology because I started building a flash games website so that my friends & I could play games in the computer lab. Friends requested more and more features in the site, and I went out to learn how to do it. As time went on, I got pretty adept at solving problems with technology!

Later on in my high school career, I stopped working on websites, and started competing in tech competitions. I loved the communities surround the competitions, but didn’t like how most competitions encouraged students to win awards for their resume, instead of doing something meaningful. So — right as I was about to graduate, I recruited several of my friends, and asked them to hang out at my house and focus on building cool tech projects over the summer, instead of getting a job! And that was the start of StudentRND.

Right now, StudentRND has a really cool ecosystem in Seattle consisting of StudentRND Labs (formerly known as the StudentRND Incubator), and CodeDay.

TC: What are some of your favorite moments since starting the group?

Jiang: We have too many interesting stories to tell! However, here are a few: 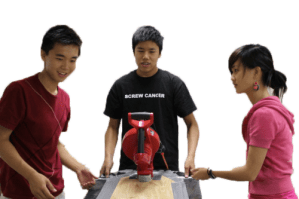 Most Exciting: We actually raised our initial $25,000 seed funding from Chase Community Giving, in a Facebook competition. Right after we got our 501(c)(3) nonprofit status in 2009, Chase had a competition on Facebook, asking people to vote for their favorite small, local (under $1M in annual revenues) nonprofit organization (the top 200 would get $25k each)! Many of the smaller nonprofits in 2009 were either not very adept at social media, didn’t know about, or chose not to participate in the competition. We ended up with ~3,000 votes from our friends, and won Chase’s grant!

Coolest: Issaquah High School student Marshall Meng builds a Plasma Speaker, a taser-like device that uses the electricity to actually play music. They put it on Kickstarter and raised $18,500 — over 9x their original goal!

Most Caffeinated: For several CodeDays, this one group of students would come to the event and have a soda drinking competition. Each one of them would drink 20+ sodas within the course of 24 hours! At one event, I was making cup noodles to serve as a midnight snack, and realized that a carton of cup noodles had less carbohydrates than a can of soda! I told the group, and they immediately stopped drinking quite so much soda =D

Most Caffeinated 2: Clearing out an entire Safeway’s worth of Safeway soda: 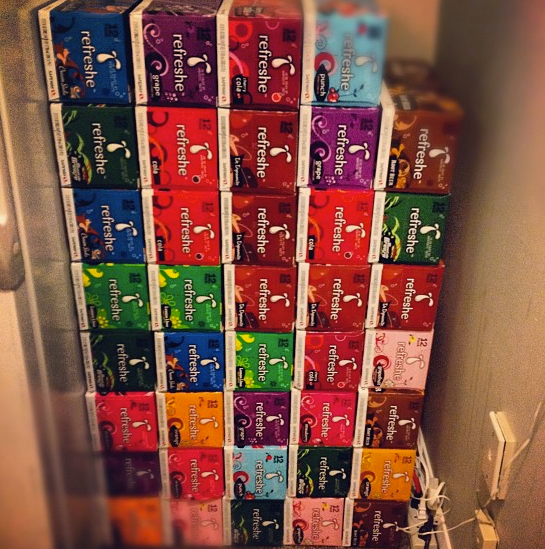 Silliest: There’s a bunch of high school students involved in StudentRND — we goof around a lot! After this one event, we ended up with some extra styrafoam, so Vu made the most rediculous paper airplane:

TC: What can be done in schools to further technological innovation, specifically in high school? 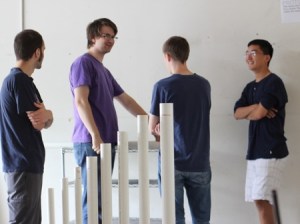 Via curriculum? There are already science/tech magnets schools out there for students interested in technology. They’re just not focused on the Silicon Valley ideal of developer/entrepreneurs. That’s fine, because education doesn’t have to be about the flavor of the week. There are many constraints around national standardized tests, college application processes and requirements, etc, that make it almost impossible for you to have a substantially different curriculum.

Via culture? This might be a bit harder. Attendance at magnet schools seems to be determined by parents lately (especially the competitive ones that want their kids to get into a good public school). You can have subcultures focused on technology/entrepreneurship in schools though. I think that having a balanced culture and meeting more than a specific group of people is a good thing though. There’s a lot of hubris in the tech entrepreneurship world. (Software is eating the world, etc. Yes, software is eating the world, but not everything just yet!)

These things I’d like to change about HS though —

* Treat students with respect, like adults.
* Computer Science courses in every school.
* Fewer classes per quarter, but more in-depth (we had 7 classes per day at my high school)!
* Let the higher performing students do more, instead of slowing them down via busy work! (Related: http://www.forbes.com/sites/ryanmac/2012/09/24/the-scary-smart-have-become-the-scary-rich-examining-techs-richest-on-the-forbes-400/)

For the most part, it’s very difficult to be running a high school. I don’t envy the administrators. StudentRND’s strategy is to get a group of passionate, motivated students, and spread the community from there — inspiring and energizing more and more students. Schools have to deal with every single student, no matter how slow / fast they are.

TC: Tell us about the organizers and sponsors, what do they get excited about the most?

Jiang: Many organizers and sponsors tell me that StudentRND is something they wish they had when they were younger — relating directly to some of the problems I outlined above — and they’re involved because they want to provide this opportunity to others.

TC: What do the kids who are in the program tell you that they get out of it?

* They get to do things that they wouldn’t have in a regular summer internship, or in their own house.
* They have lots of fun! Truly.
* They’re doing something they find meaningful
* They make lots of new friends and love the passionate community!
* They learn 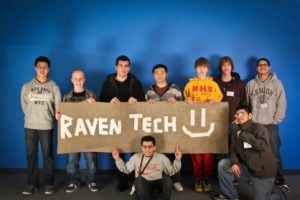 We’re also aiming to double the number of students participating in StudentRND Labs each summer for the next three years — last summer was 30, this summer we plan to have 60. Within 3 years, we’ll be taking more passionate, motivated students through StudentRND Labs than University of Washington (Seattle)’s Computer Science Department (they graduate 160 per year). As we start to reach capacity in the Seattle area, we will start looking at building out StudentRND Labs in other cities across the country.

As we do this, we’re developing relationships and funding partnerships to make this happen.

TC: How can we help?

1. Help us organize a CodeDay! We’re looking for passionate, motivated students in different schools across the US to help us organize CodeDay in their city. If you or a student you know is interested — let us know!

2. Donate! Whether that be $25/mo, a larger donation (feel free to contact us), or getting your company/foundation involved, we could really use the financial support to fund our growth!

Would you have attended meetups and participated in groups like this when you were younger? You can help make a difference by spreading the good word about StudentRND and its CodeDay initiative. You could even start your own program or help out with something that’s already happening in your area. Technology is a global thing, and its accessible for all ages and skill-sets.