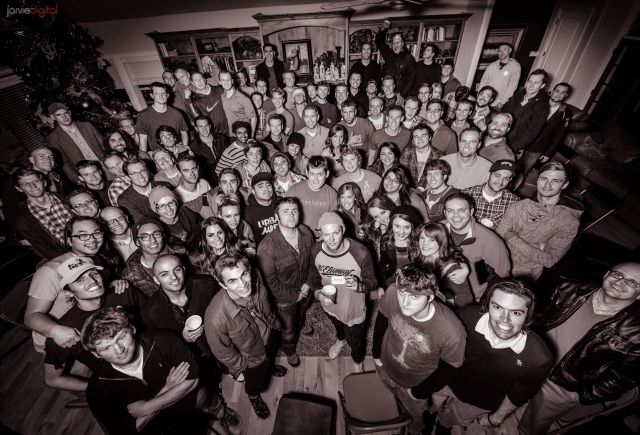 Editor’s note: Jesse Stay is Author of Google+ Marketing For Dummies and the upcoming book, I’m on Facebook — Now What??? 2nd Edition. He currently serves as Director of Social Media for Deseret Digital Media. Follow him on Twitter @jesse.

Utah, known for its beautiful mountains, skiing, and, well, Mormons, is often last on Silicon Valley’s mind when it comes to technology. As a Utahn that almost seems a bit offensive to me, with all the tech companies like Adobe and Oracle and Xi3 and Fusion IO and many others here. But it’s true. As someone whose best friends and audience are in Silicon Valley, I have to admit that we’re just not quite seen as a tech hub.

However, there is a group of people networking and collaborating with each other in Utah, the likes of which are found in Silicon Valley. I’m beginning to notice the emergence of an incredibly popular and growing YouTube presence out of the state.

It all started several months ago, when I originally approached TechCrunch about this article. I noticed that in Billboard’s “Social 50” music chart that two of the top 50 music stars on YouTube were from Utah: Lindsey Stirling and The Piano Guys. Even stranger? They were among the few on that list who weren’t already celebrities or famous musicians. That got my attention.

Pretty soon I began to investigate this weird fact here in my home state. It turns out there are many more. Just to name some of the top stars you may be familiar with:

And the list goes on. So where did these guys come from? Why is Utah suddenly becoming the new Hollywood or Broadway for YouTube videos?

After a little research I came down to a few reasons. I asked Austin Craig, the guy you see in the Orabrush videos, how all this happened:

George Wright studied at BYU (I think he did Marketing). He started the Blendtec Will It Blend campaign. Jeffrey Harmon came out of Marketing at BYU. He did Orabrush. Devin Graham studied Film at BYU and was the first video guy at Orabrush. Devin launched his own channel and became a star.

Lindsey Stirling studied at BYU, and after repeatedly being told she should start a YouTube channel, met Devin. Devin shot, produced, and edited many of her early videos, launching her to stardom. The Piano Guys also consulted Devin and some members of the Orabrush team on how to grow their channel. They are now signed with Sony.

ScottDW (makers of the Fruit Ninja video) studied film at BYU with Devin, and his collaborations with Devin have taught him a lot. Stuart Edge is studying at [Utah Valley University], and started making his own videos when he started working at Orabrush just a few months ago.

Teddie Films sought advice from Ricky Ray Butler of Plaid Social (another common thread of many of these stars), who studied marketing at BYU and worked on some Orabrush projects. Their parody hits have launched them to millions of views.

Kid History did it all on their own, so far as I can tell. They just had really funny videos. Cute Kids Hair Styles is the same way. Built up their own audience.

So I guess you could trace it down to a number of factors: the first being that many of them were employees of Orabrush or Blendtec and were able to start networking while there. Others met Devin Graham (who came out of Orabrush) and grew to become stars as a result of his influence. Others just built really cool stuff, maybe from drinking the water?

The final common thread, at least among many of them, seems to be the attendance at BYU. Provo, Utah, is a college town after all. In the course of their growth, it turns out that many of these YouTube stars attended BYU. Shortly after, many of them took off on their own careers with Orabrush, Arches rope swing videos, blended iPads, and Dancing Violin Zelda Dubstep videos (well, maybe not quite that extravagant). Could some of that success be attributed to BYU itself?

BYU, owned by The Church of Jesus Christ of Latter-day Saints (the Mormons – yes, Mitt Romney and Harry Reid’s faith), is home to perhaps the most concentrated group of young, educated Mormons on the planet. Unlike most schools, BYU prohibits the use of drugs or alcohol by its students as part of the Mormon faith. Without drugs or alcohol to entertain, it seems students there are finding other creative ways to entertain themselves – like with YouTube videos. And entertain they do. In fact, a few well known videos you may have seen have come from the school itself.

Even The Church of Jesus Christ of Latter-day Saints has built up quite a YouTube presence of its own, with millions of views and ranking in the top spots under religion for Youtube consistently. Also just recently The Mormon Tabernacle Choir launched its own Youtube channel. Maybe the culture in Utah just breeds a culture of sharing, joy, and fun that comes from all of these YouTube stars. That’s not to say that all of those stars are even Mormon, however.

Whatever it is, it’s just weird. It’s almost as if the same way Times Square is the hub for all things Broadway, Provo, Utah, in the heart of what locals call “Happy Valley,” has become that for YouTube. It seems more and more YouTube successes are coming out of this area in a manner Utah has never seen before. Watch out Silicon Valley nerds! There is indeed something in “the stream” out here, and it’s not just the great trout fishing.