For years, Microsoft has been the king of the world’s offices, as its own Office productivity suite dominating the market. If you’ve worked in an office in the last 20 years — preferably at one with computers — chances are good that you’ve used (or at least familiar with) Word, PowerPoint, Excel or Outlook. But, in taking off, Google has been slowly eating away at Microsoft’s lead. Today, Google’s productivity suite, Google Apps, is used by over five million businesses and, while small businesses has long been its core customers, adoption is increasing up the chain — in the world of the enterprise.

Today, as the Google Apps ecosystem matures and becomes critical to the day-to-day operations of businesses at both ends of the spectrum, it continues to expand, incorporating new services and products around Drive, Chromebooks, Vault and Android. But, inevitably, this has led to some growing pains. As the ecosystem expands, it can be difficult for businesses to figure out how to manage and make the most of the array of tools available, not to mention maintaing security.

BetterCloud launched last year to make it easier for businesses to move to, work within and get the most out of Google Apps. The New York City-based startup wants to be the end-to-end service that helps businesses manage everything associated with Google’s enterprise suite, whether it be domains, reporting, education, security or compliance.

The company has quietly become the leading provider of cloud management tools for Google Apps, having acquired more than 15,000 customers with 5.5 million end-users worldwide. To support its current growth, the startup announced today that it has raised $5 million in series A financing, led by David Aronoff at Flybridge Capital Partners. The round also included contributions from New York-based firms, Greycroft Partners and TriBeCa Venture Partners, which joined the round as new investors alongside existing investors like Bear Creek Capital and BLH Venture Partners. The new round brings the startup’s total funding to $7.2 million. 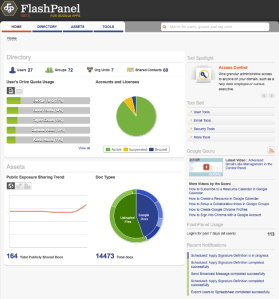 What is it about BetterCloud that attracted investor attention? BetterCloud founder and CEO David Politis attributes it, in part, to the growing adoption of its flagship management and security application, FlashPanel, which launched six months ago. The app is basically a toolkit for Google Apps administrators, providing them with the ability to more easily add controls, manage users and automate tasks.

FlashPanel allows IT admins to manage domains from a single dashboard, increasing visibility into user activity, groups, organizational units, Google Docs quotas, along with CRM functionality that helps them onboard new employees, de-provision those who leave the company, back up inboxes and sync with mobile devices.

BetterCloud also plans to increase its flagship app’s management capabilities across the Google Apps suite, including Calendars, Sites and go deeper in the areas that have been most popular with users, namely, Google Drive. 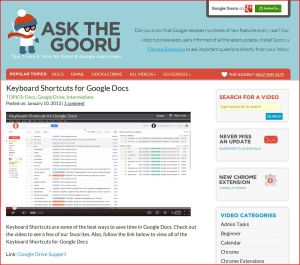 With its new infusion of capital, the startup will also build out its repository of premium training videos available through Google Gooru, the startup’s information resource, which offers video tutorials on Google Apps products, along with a Chrome extension that enables users to ask how-to questions directly from their inbox.

Over the long-term, the founder’s big-picture goal is for BetterCloud to help accelerate the adoption of cloud technology — and, of course, cloud platforms like Google Apps — by giving businesses the types of tools they need to manage the transition to the cloud. In so doing, Politis says, companies feel more confident about making that move, as they’re now able to add the extra layers of security and management functionality that aren’t available natively the Google Apps ecosystem.