Facebook is making quick progress in growing its mobile advertising business, according to major ad platform Kenshoo. It sees 20% of all Facebook ad spend going to mobile. That’s a big boost from October when Facebook said 14% of its ad revenue came from mobile. Meanwhile, 71% of Facebook ad spend targeted to mobile phones goes to Android, further proving Facebook has to focus more on Google’s OS.

Facebook only began showing ads on mobile at the beginning of March 2012, and its unproven ability to profit in the space has made investors hesitant to bet on it. But over the last few months, studies are beginning to show that Facebook mobile ads work and could keep the company successful as its user base shifts away from accessing the service via desktop. 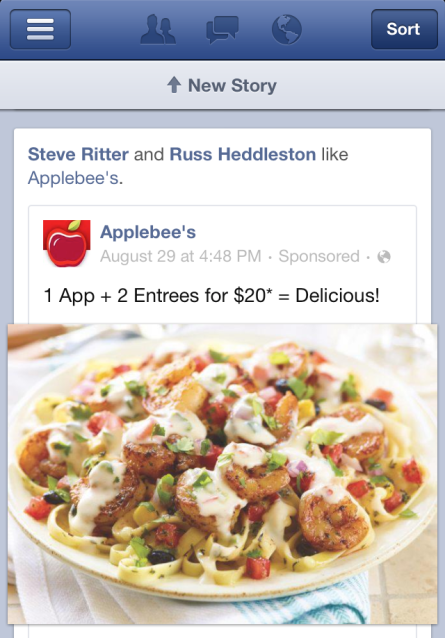 In September we reported that five major Facebook advertising platforms said there was high demand for mobile ads promoting Pages, and that these ads performed up to three times better than desktop Page ads. Then just last week, studies from AdParlor and Miso showed Facebook mobile app install ads that drive people to the app stores were performing well for developers, delivering high click-through rates. Facebook has also been focusing on improving the design of its mobile ads so they describe what’s being promoted, stay fresh, and don’t get tuned out.

Kenshoo’s data shows that Facebook mobile ads are currently priced at a 70% premium over desktop ads. That makes sense considering Facebook often shows seven or more ads per page on desktop. That means users are less likely to look at any single ad. On mobile, though, a single ad can take up most of the screen and therefore may be more likely to make a real impression on users.

Kenshoo collected its data during November and December 2012 from clients across a variety of verticals, including games, retail, financial services, travel, and software. One other interesting stat is that Android’s tablet offering is failing to gain traction with users, or at least advertisers aren’t buying there. Comparing advertiser spend on iOS vs. Android tablets, iPads received 97% of spend.

However, the fact that most smartphone ad spend on Facebook is going to Android underscores how Google’s OS is becoming a leading portal to the social network. Scraped stats from analyst Benedict Evans I published last week show there’s now 192 million monthly active users on Facebook for Android, and just 147 million on iPhone. If app growth trajectory continues, even with 48 million Facebook for iPad users, more people will come to Facebook via Android than iOS, or already are. This means Facebook may need to start prioritizing Android app development over iOS.

Kenshoo’s CMO Aaron Goldman expects more advertisers to dive into Facebook’s mobile placements, which could grow mobile spend from 20.3% to become a bigger part of Facebook’s ad pie. “The world’s top brands have embraced Facebook mobile advertising, and we expect the channel to become increasingly competitive as new devices, like those on display at the Consumer Electronics Show this week, deliver enhanced interactive experiences,” said Goldman.

As advertisers warm up to the mobile medium, Facebook needs to turn its attention to user reactions. The feed is starting to get a bit more cluttered with ads than a few months ago. If people start to feel stories from their friends are being drowned out with marketing messages, they may open Facebook less.