There we were, circled around a bachelor party campfire and drunk on keg beer, discussing the viability of using Kickstarter to fund a sex toy startup. My buddy Derk (he goes by Dangerous D at karaoke) had designed and handmade a compact speed controller for small vibrators (pic below). He was selling them at $75 a pop and apparently – I have yet to see or try one – they were getting rave reviews. Dangerous D’s Magic Box, he called it. Another friend and I were passionately trying to convince him to quit his job as a store manager and start a sex toy startup. We were positive, and a bit drunk, that all he needed was a successful Kickstarter campaign. The video would obviously be key.

It was then I knew that 2012 was the year of crowdfunding. It’s a household term now. This year saw the birth of the Pebble Smartwatch, iPhone-powered gTar, OUYA gaming system, and literally tens of thousands of arts, media, and design projects. And those were just on Kickstarter. Other projects turned to Indiegogo, RockThePost, and Quirky. Some startups like Lockitron even went at it alone, conducting their own crowdfunding campaign themselves.

It has never been easier to realize a dream.

No longer do starving artists and hustling entrepreneurs have to trudge through early stages without any cash. Crowdfunding makes it possible to find funds with very few strings attached. Services like Kickstarter and Indiegogo simply allow for pre-orders or goodwill investments; no need to sell equity to fund a startup. Others like Quirkly offer an active community and innovative investment strategy.

Kickstarter is the dominant force in this field now. The company’s name is nearly a verb for crowdsourcing now. “Just Kickstart it, Derk,” I pleaded with my homemade sex toy-designing buddy. It’s as easy as that, I assured one warm summer night on the shore of Houghton Lake in northern Michigan. Another buddy chimed in, “Hell, if that dumb smartwatch can get millions, you should be able to get a few thousand without an issue”

But it’s not easy. To Kickstart, or rather, crowdfund, is not a guarantee for success, although it is one of the best ways to fund a project nowadays.

On Kickstarter, unsuccessful projects outnumber ones that met their goals. Eleven-percent of projects never received any funding and 34% garnered less than 20%. But 17 projects out of over 81,000 earned more than a million. Those superstar projects give hope to fledgling startups that they too could catch the eye of the community and skyrocket to popularity.

But the Jobs Act is set to transform crowdfunding. Soon startups will be able to offer equity in the company in exchange for cash. As the NYT reported, the Securities and Exchange Commission is likely to miss a deadline imposed by the U.S. Congress, most likely delaying this pivotal part of the Jobs Act from being available until 2014 instead of next month.

Title 3 of JOBS Act, which President Obama signed on April 5, 2012, allows the general public to get in on early stage investing. In theory, a random person could help fund, and become part owner, of the next Airbnb, Facebook, or Apple. Of course there is expected to be a lot of red tape, exemptions and general rules once the SEC finalizes its regulations. Congress previously gave the SEC 270 days to write its rules, but the departure of the SEC chairwoman Mary L. Schapiro and three top deputies put a hamper on the efforts. It’s a huge blow to the crowdfunding effort, but even the ineptitude of the U.S. Government will not slow down crowdfunding in 2013.

Crowdfunding, in particular Internet crowdfunding, is extremely popular because it breaks down barriers for entrepreneurs. No longer do co-founders have to make their way to Sand Hill Road for funding. A person stuck in Kalkaska, Mich. can find enough cash to fund his novel iOS game or make a video about The National Trout Festival — with money from people he has never met in real life. Want to launch a satellite into space and need $350 million dollars? Forget about government grants; turn to Indiegogo.

There is a tightening of funds in Silicon Valley right now. VCs are being more picky about who they continue to fund. More and more startups are going to turn to alternative resources and crowdfunding should be at the top of the list.

2012 was the year crowdfunding become a viable means of funding. It was the year a couple of projects made it big. It’s just logical that 2013 will see even more projects, even bigger funding numbers, and more out of the box thinking. That’s the trick with crowdfunding, it allows founders to explore new avenues outside the traditional confines of investing. And once the SEC gets serious about its job, crowdfunding will take a dramatic turn towards awesomeness. The act of funding a company is on the cusp of being completely disrupted.

As of this post’s writing, Dangerous D’s Magic Box has not hit Kickstarter yet and that makes me sad. With a bit of encouragement, however, I’m sure he could oblige us all with a crowdfunded version. 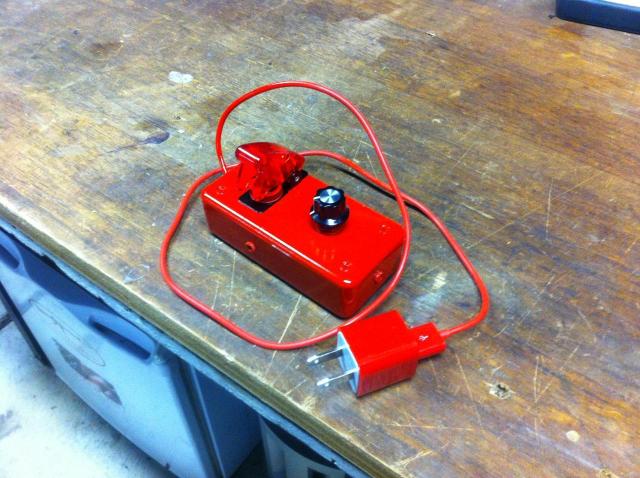