Only a few years in, and already the mobile application ecosystem has become an unfathomable jungle of applications – some 700,000-plus in the two top mobile app stores, Apple’s App Store and Google Play. And yet, we’re still waiting for the Google of the mobile app era to come in and save us from the mess that is today’s app market. A search engine that uses not just dozens of signals, but thousands, to help the everyday user connect with the apps they are searching for.

It’s possible, though, that the Google we’re still waiting for is actually Google itself.

There are independent app search companies already working on the app discovery challenge, of course.  A number of app-finding apps and search engines have emerged over the months past to address this space, including AppFlow, Kinetik, Crosswalk, Discovr Apps, AppsFire, Xyo, Appolicious and Hubbl, to name a few. Quixey also this month signed a deal to power the app searches on Ask.com. And yes, Google, too, has quietly been offering its own “applications” search vertical, still tucked away underneath the “more” menu beneath the search box on the results page.

Apple vs. Google: The Fight To Be The King Of App Search

Because of the way the mobile ecosystems themselves have been created, it’s not going to be as easy for a third-party mobile app search/discovery company to come in, the way Google arrived to index the exponentially growing web, and extract the signals from the noise in today’s app stores. There is some proprietary data third-parties just don’t have access to. Google and Apple know downloads, uninstalls, and they could also know how often an app is opened, or how often it notifies users.

Besides, even if a company was to make headway there – there’s a good chance that something like this would happen (i.e., the Apple/Chomp deal). Apple or Google snatches up the innovative company, and integrates its technology into their own stores.

On mobile, the battle will eventually play out between the two giants – Apple and Google – for the better app search offering. Google, for what’s it worth, is already ahead of the game here. Its app store search algorithms today index app descriptions, while Apple’s looks at keywords and titles. Google has also stated that it now uses the amount and quality of links to an app’s Google Play page as an indicator, explains MobileDevHQ CEO Ian Sefferman, whose company helps developers improve their app store presence. “It’s smart, and it’s something that Apple can’t do easily,” he says.

He likens app search today to the earliest days of web search. “I often make the analogy that we’re now sort of in 1997-ish when you compare app search to web search,” Sefferman says. “That is, the industry recognizes that app search is going to be incredibly important, and many folks are thinking about it (just like Alta Vista, Lycos, etc. in 1997-ish), but we have yet to find a good model for how to make it work, like Google did.”

Plus, that above-mentioned Google app search vertical? Another great place to build up data about app-related searches.

Of course, it’s not surprising that Google is ahead in app search. It’s Google. This is their bag.

With Millions Of Apps, Search May Matter More Than Who Got It First 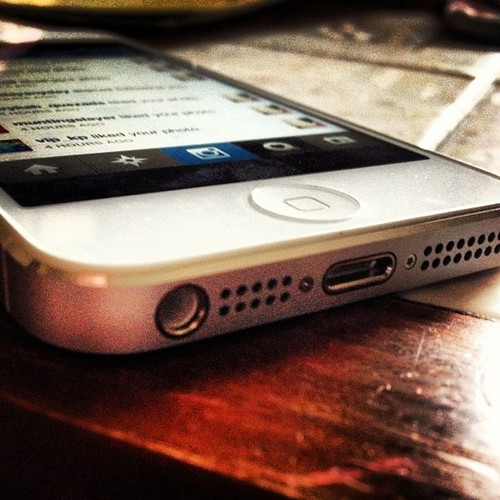 But today’s focus in covering the app market isn’t about who is indexing better – it’s about who’s making the money, who has more market share, which developers are more successful, and so on. Perfecting app store search is a forward-thinkers’ game – it’s one that will matter more when app stores grow to web-scale. (If such a day ever arrives). Meanwhile, Google has been slow to perfect its app platform for developer financial success. Instead, Google’s mobile strategy has so far focused on market share domination. Mobile developers generate more revenue on iOS. Or even on Amazon’s Appstore, for that matter.

But because of Android’s market share, developers who launch and succeed on iOS, have no choice but to address the Android market at some point. “Android’s scale is too big to ignore, and 2013 is about Android, for many we talk to,” says SearchMan CEO Niren Hiro, whose company competes with MobileDevHQ. SearchMan recently started to index Android search results as well, to address the growing number of developers who need to target the Android market now that they’re expanding beyond iOS.

For those developers, Android is the second most important app market. That means Google’s app store may be behind in terms of newest, quality apps at any point in time, but eventually, those apps arrive. For Android users, it’s just a waiting game. In a market where there are already 700,000+ apps to choose from – and more every day – the question of “where did it launch first?” will not be as meaningful or as important where there are millions of apps to choose from. If the next Instagram-sized hit hasn’t yet arrived on Android, users will still be able to fill their time. (Anecdotally, I’d also add that a good many people buying the low-end Android phones aren’t asking “does it have the newest, most popular, most original apps?” but rather, “can I run apps?”)

That’s where the value of search comes in: getting those people to connect with the apps they care about. Surfacing the best apps for a given user will become critical, and even more so for Google where it might not have the latest and greatest immediately. Google will have to offer users something relevant to distract them while they wait.

Apple is still able to claim “it came to iOS first,” or “it’s iOS-only,” and that can’t be discounted. But it could struggle and innovate slower on search, having no extensive history in the business, as compared with Google. It may suggest the wrong things, and reward the wrong actions. App developers may figure out how to use ASO to their advantage, before Apple figures out how to discount the erroneous signals of those attempting to throw the game. (For those unfamiliar: ASO is app store optimization – the manipulations that help apps get found the way SEO helps websites improve their own ranks. Services like Appnique, MobileDevHQ, SearchMan and others look at keywords, titles, descriptions and then make recommendations as to what the developer should change in order to stay competitive.)

The bottom line here, is that getting app search wrong is a huge detriment to user experience, and search gets harder as more apps arrive.

When hundreds of thousands of app developers are playing at ASO, Google, and its search engineers steeped with years of experience in dealing with the SEO crowd, will have the advantage of knowing best how to keep the quality results at the top, and the cruft below. Apple, via its Chomp acquisition, is far from out of the game, of course. But it’s got a tougher road ahead, especially since it already transitioned its iOS 6 App Store away from list-based search results, forcing users to swiping through cards. This very interface requires that Apple gets search right (and fast), and so far, that hasn’t consistently been the case.

There’s still room for a third-party, like Facebook or even a startup that offers an impartial, data-driven “Yelp/Zagat for Apps,” Hiro tells me. But only because Apple and Google are currently lacking in transparency about how their app search algorithms work. “In the web SEO world, Google Analytics and Google’s very-public explanation of page-rank and subsequent algorithm updates, were instrumental in helping millions of web-site owners figure out how to grow and instrument their sites for Google,” he explains. “But with the app stores, neither company has been transparent, perhaps for competitive reasons, historical secretiveness, or because of recent regulatory risk related to privacy. Lack of transparency and difficult distribution can have negative results.” 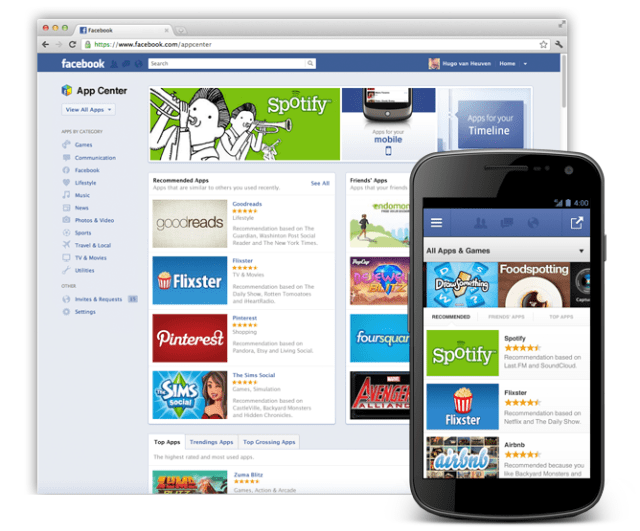 Facebook, Hiro adds, doesn’t have a good track record here. “We’ve seen developers leave in droves from Facebook when the rules of distribution were vague and startups lost hope of ever achieving Zynga-like scale.”

The more worrisome thing, at least for Apple? At some point, it may no longer matter that “good” apps are reaching Apple’s ecosystem first, because there will be good apps everywhere. And really, how many “good” apps can a user install, anyway? 25? 50? 100? 300? More?

Google knows how to do “good enough,” too. (See also: Google Apps, Chromebook, and, well, Android’s early days). What will matter the most, in the long run, is that when a user goes looking for an app for X, they find the best app for X at the top of the app store search results, and it’s a good one. Google knows this business well, and Apple still has far to go.