Instagram just released an update for its iOS and Android apps that now allows people to login through Facebook’s iOS 6 single sign-on integrations. It also adds a new filter called Mayfair, and returns the ability to share photos from any album on your iPhone instead of just the main camera roll, which many users missed after it disappeared from the app’s last update.

The Mayfair filter adds a cool lavender cast, lightens the center of the photo and has subtle vignetting (Instagram really seems to be into purple lately, as evidenced by Mayfair and Willow, last week’s new filter). 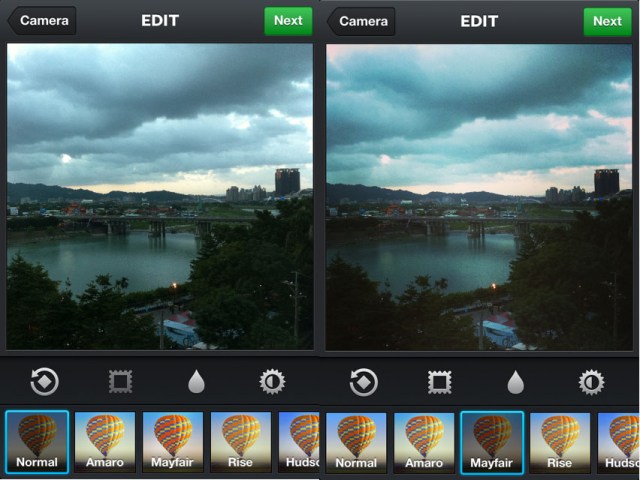 Support is also now available in 25 languages. And with full access to all the photos in your phone, it will be easier to import photos you’ve uploaded to your phone from your computer or edited with another app.

The update comes after a rough week for Instagram. Changes to its terms of service caused an outcry by users worried that the photo-sharing service would sell images without first securing individual permission. Instagram co-founder Kevin Systrom issued an apology and attributed the controversy to a miscommunication on his company’s part.

The big takeaway was that companies need to make sure not to confuse users when they update their terms of service. Otherwise people will assume the worst, panic, and lose trust in a service.