Social learning company Grockit announced today that it has raised a new round of strategic investment from Discovery Communications, the media giant best known for its television properties, like the Discovery Channel, TLC, and Animal Planet, among others. The investment also includes participation from Summit Group (investors in Uber and Scribd) as well as previous investors Atlas Venture, Benchmark Capital, Integral Capital Partners and GSV Capital Corp.

In addition to the capital investment, which from what we’ve heard is about $20 million, the strategic investment from Discovery will also include shared technology, as well as marketing, distribution and promotional opportunities via Learnist, Grockit’s social learning platform. This not only marks the first time that the TV and media giant has invested in a social learning startup, but it also brings Grockit’s total investment to just under $45 million.

Experimenting can pay off. Grockit first emerged in 2006 as a video test prep course for standardized tests, before re-launching at TC50 in 2008 with its sights set on becoming a social learning service. Combining gamification (before it was cool) with personalized, adaptive test-prep programs, it allowed students to study solo or in groups by watching video or connecting with live instructors.

Continuing to play around with collaborative education, Grockit launched Learnist in May, and it has since been dubbed a “Pinterest for education.” Learnist allows teachers and students to post content from the web to a digital clipboard, which can then be commented on and shared with others. Initially an experimental platform, Learnist has taken off over the last six months, as its user base has grown 400 percent to “hundreds of thousands of users,” while user session length has doubled from 10 minutes to over 20 minutes, Grockit founder Farbood Nivi tells us. 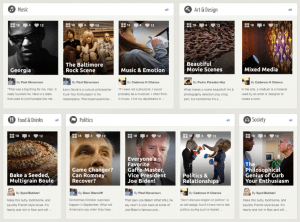 Grockit is now dedicating 90 percent of its resources to Learnist, and with today’s announcement, it’s clear that investors have taken notice. While Learnist was originally conceived as a platform for K-12 teachers to create “learn boards” for everything from Common Core-supported 7th grade Math lessons to homework assignments on hip hop, the Grockit founder has come to see Learnist’s potential in a much broader scope. Both Nivi and Grockit CEO Roy Gilbert tell us that Learnist is meant to serve life-long and casual learning just as much as it is meant to be a resource for teachers.

As Discovery develops a digital strategy that includes pursuing investments in next-gen knowledge and learning applications — building on its well-known, old media learning brands (like TLC) — Learnist represents a channel through which it can develop its brand and tap into social learning technology. For Grockit, it means getting access to a much larger reach and footprint that would take years to build on its own.

Along with a sizable new chunk of capital, Grockit is also announcing the launch of Learnist’s re-designed website, which greater focus to highlighting its community of experts, like In-Case founder Bobby Chang, Ideo designer Clark Scheffy and Lean Startup guru, Eric Ries. In addition, Grockit is also releasing updates to its iPhone and iPad apps, which now allow users to create and add content on Learnist.

Many education startups are beginning to turn their attention to building tools that apply to both formal and continuing education — something that Edmodo and Schoology, for example, have been doing for some time now. These platforms can be easily combined with Learnist to create a more holistic learning experience in the classroom, while casual learners can tap into Learnist as a way to aggregate their studies and projects in one place.

By dedicating the majority of its resources to Learnist, Grockit is looking to reach a broader audience — one outside of the classroom. And, considering Discovery Communications brings with it an enormous audience (The Discovery Channel alone is broadcast in over 200 million households), the new partnership represents a huge step in that direction — and one that plants it squarely in the mainstream. 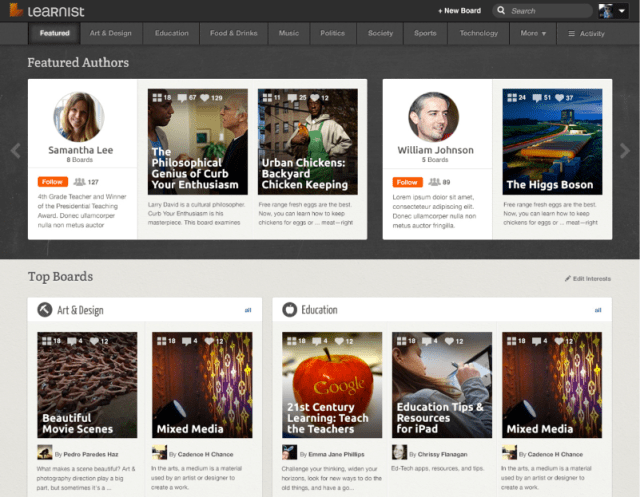