Clothing swap meets have been happening for many years, so they are indeed a tried-and-true “industry” of sorts — but can one be worth tens of millions of dollars? Well, it is scaled up to include people all over the world via the web and add in a major mobile angle, some big money is betting that it can.

Poshmark, the startup that runs a mobile marketplace where women can buy and sell clothes from their own closets with each other, has raised $12 million in new funding.

The funding round, which serves as Poshmark’s Series B, was led by new investor Menlo Ventures with the participation of all the company’s existing investors including Mayfield Fund, Inventus Capital, Jeff Clavier’s SoftTech VC and Ron Conway’s SV Angel. This bring’s the total amount invested in Poshmark to $15.5 million since it was founded in 2011. 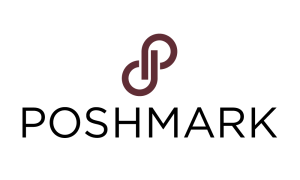 I sat down with Poshmark’s CEO and founder Manish Chandra recently to discuss the new funding, and you can watch much of our chat in the video embedded above. Chandra tells me that the money will be put toward growing the Poshmark product beyond its flagship iOS app and onto platforms such as the iPad, Android, and the web. The company, which now has 20 employees, also aims to scale up its support infrastructure to keep the system running smoothly.

As an iPhone-only app thus far, though, Poshmark has had some impressive growth. The app’s users are adding items to the marketplace at an aggregate rate of $100 million worth of clothing and accessories per year. About 25 percent of that ends up being purchased, Chandra said.

Perhaps the thing that piqued investors’ interest the most for this big round was that Poshmark seems to have that “sticky” quality that makes people keep coming back. Chandra says the average user opens the app for 25 minutes a day and opens it seven to eight times daily, and that 70 percent of people who buy something on Poshmark end up listing something for sale on the marketplace as well.

Of course, Poshmark isn’t the only one in the marketplace space. Startups in a similar vein include Copious and Threadflip, and of course eBay and Craigslist are the giants in the market. Watch the video above to hear Chandra talk more in-depth about how Poshmark is set apart from these other players, why Poshmark’s investors are betting that it has tapped into a multi-million dollar opportunity, and more.