Mike Krieger, Instagram’s founder, thinks you can build apps that fit in the real world by watching what people want, not guessing. He presented his eight core product design insights today at 500 Startups’ Warm Gun conference. Here’s the cheat sheet to his talk.

“Just because you’ve Googled something doesn’t mean you’ve learned,” Krieger explained in the intro to his design talk. To build something that solves a problem, “You want to know people better than they know themselves.” For example, if you’re trying to disrupt the shopping experience, you have to actually know what the existing shopping experience and behavior set is. “Go to The Gap and watch people shop for three hours,” is Krieger’s advice.

You should come away with serious insights, not just random facts. Krieger says his favorite definition of insight is “Something you’re really excited to tell strangers about on the train.” 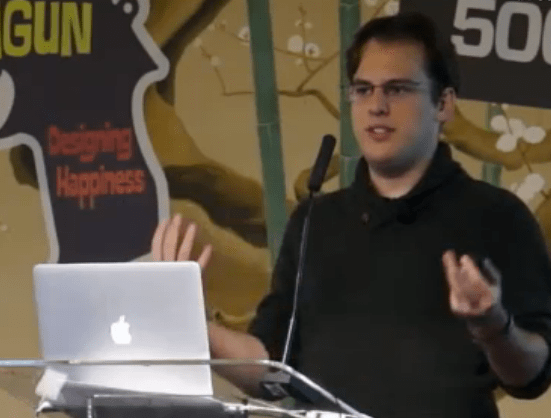