Today Facebook will send its largest email blast to date, informing all 1 billion users that it’s proposing to modify the site’s governance structure and remove the ability for users to vote on changes. Currently if proposed changes get over 7,000 comments all users may vote on them, and if over 30 percent vote for or against the changes, their decision is binding.

Facebook wants to replace this system with a focus on soliciting high-quality feedback through new features. This would prevent votes from being triggered by copy and pasted comments drummed up by fringe privacy activists like Europe Vs Facebook’s Max Schrems.

If the 7,000-comment threshold isn’t met, or it is and fewer than 300 million users vote to block today’s proposal, users will no longer be able to vote on site governance alterations. Several minor and benign changes to language in Facebook’s Statement of Rights and Responsibilities and its Data Use Policy will go into effect as well. If you want to give feedback and try to trigger a vote, you can leave your comments here on the proposal at Facebook’s Site Governance Page. [Update: After a slight delay, the commenting period is now open.] 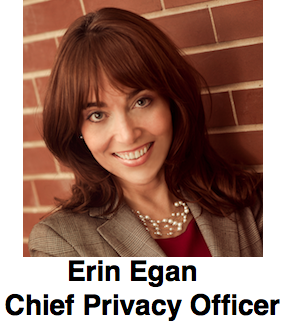 As a replacement for the vote, Facebook is proposing to continue offering the seven-day comment period on proposed changes to its governing documents. It will also offer two new ways for users to voice their governance concerns. There’s “Ask the Chief Privacy Officer,” a new feature on the official Facebook Privacy Pages that will let users submit questions to Erin Egan, Facebook’s Chief Privacy Officer. Additionally, Egan would hold regular live-streamed webcasts where users can ask questions. If the proposal is allowed, these new features will be substituted for the vote.

The other changes are minor and can easily be found in the redlined, track-changes versions of the SRR and DUP. They include changes to terminology, such as using Start Now instead of Instant Personalization. Facebook notes it may change the way you control who can message you, because right now people are missing messages addressed to them because of their privacy controls.

There’s a reminder that if you hide something from your profile, it may still appear elsewhere if that piece of content is co-owned or belongs to someone else — such as photo of you uploaded by a friend. And finally there are tips on how to control who sees what, and how to ask people to delete photos of you that you don’t want visible anywhere.

One last thing that’s interesting, though somewhat expected. Facebook’s proposal asks for it to be able to openly share data to and pull data from its subsidiaries that include Facebook Ireland, Facebook Payments, and most notably, Instagram. That means Facebook could use your Instagram Photo Map geolocation data to show you offers from local businesses, or use all your Facebook biographical data to jumpstart ad targeting on Instagram.

None of these are big concerns. Attention should remain on why Facebook wants to remove the voting system, and whether that’s good or bad for users.

I spoke on the phone yesterday for about 40 minutes with CPO Egan to discuss the proposed elimination of the vote. She explained that while Facebook’s comment period and voting system was progressive for its time, it’s grown out of it.

Facebook had just 200 million users in 2009 when it launched its current site governance model and gave users the right to vote. At the time, asking for 7,000 comments in one week was more appropriate, and getting 60 million users to vote didn’t seem out of the question. But since then, Facebook has grown 5x to 1 billion users. The 7,000-comment threshold is too easy to surpass, while getting 300 million to vote no matter how important the changes are is unlikely.

But there’s something else going on here. I believe one man played a significant part in leading Facebook to propose these changes. That’s Max Schrems, an Austrian law student who leads the Europe Vs Facebook privacy activist group. Egan confirmed that campaigns by Schrems and Europe Vs Facebook that encouraged people to comment without learning about changes and triggered site governance votes are examples of why the system needs to be rebuilt.

Schrems first challenged Facebook in 2011, using a little-known policy to request a copy of all the personal info the site had about him. The level of detail in the data alarmed him, and he launched a campaign to get tens or thousands of others to inundate Facebook with data requests. This helped inspire a privacy audit by the Office Of The Irish Data Protection Commissioner.

Then when Facebook had its last site governance change proposal in June, Schrems was ready. Europe Vs Facebook launched the “Our Policy” viral campaign, asking users to paste the statement “I oppose the changes and want a vote about the demands on www.our-policy.org” into the proposal’s comment reel. He succeeded. The campaign contributed many of the 47,824 comments received, causing a vote even though my thorough review of the policy changes found them to be of little worry. The ensuing vote was a flop, with just 380,000 ballots cast, or just 0.038 percent of the user base voting. The changes went through unblocked.

Facebook didn’t want a repeat of this situation. Egan believes that the current system incentivizes a high quantity of comments over quality feedback, and the widely unwanted votes end up distracting the user base. Instead Facebook wants to use the comment period, Ask The Chief Privacy Officer, and live-streamed events to get the specific opinions of users on proposed changes and Facebook’s current policy.

Egan also believes that since becoming a public company, Facebook has come under the scrutiny of additional layers of regulation that protects users. Facebook was already very conscious of privacy concerns and was already being monitored by the Federal Trade Commissions and the Office Of The Irish Data Protection Commissioner prior to going public. Still, both have stepped up their attention to Facebook’s practices and now perform regular audits of Facebook’s privacy policy. These are not the same as direct participation in governance from users, but it should be comforting.

I’ve asked Max Schrems and Europe Vs Facebook for comment on today’s proposal and will update if and when I receive a response.

Is This Good Or Bad?

In the end, even if Facebook users rarely really need the vote, and getting enough ballots cast to cause a binding vote is highly unlikely, having the feature in place is very important to making users feel that they’re in control. Facebook has become a critical communications utility, and the idea that its leaders could make changes without the consent of the users is alarming. 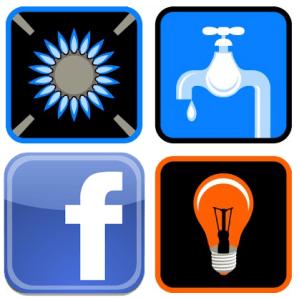 If there was a global catastrophe, corporate takeover of Facebook, or some other incident that impacted all 1 billion users, the vote could be necessary. It could let users authorize the use of Facebook data for international security or disaster relief, or block the ability of new owners of the company from selling away people’s personally identifiable data — something Facebook does not do currently.

On the other hand, allowing highly vocal minorities that don’t represent the average Facebook user to have such a heavy hand in the site’s governance isn’t working. It’s promoting blind fear about the future instead of rational discussions about the pros and cons of each change.

I believe there is a compromise to be struck where voting remains an emergency option, but is only triggered when necessary. It would need to scale with Facebook as it grows. In 2009, Facebook asked for 0.0035 percent of the user base to comment to cause a vote. Today that number would be 35,000, still low enough that it would have been triggered last time, and with no regard for comment quality.

Perhaps asking for 0.005 percent of the user base (50,000 people today) to leave a unique, understandable comment in order to trigger a vote would be a decent start. Gregory Ferenstein, TechCrunch’s politics writer, suggested a “deliberative panel.” Basically Facebook would take a representative sample of the user base, educate them intensively, and then have them vote. If you have a suggestion of a different governance model, please add it in the comments below.

I agree the old system was broken, but the new one proposed is inadequate. You can decide for yourself which of those is worse, and leave a comment if you want to see the proposal go to a vote — possibly the last vote. But only do so after you’ve educated yourself about the changes and what they mean to you. Facebook is a digital country of 1 billion people, and for now it’s a democracy. Make use of your liberty.

Below I’ve embedded Facebook’s official blog post explaining the changes, plus the redlined, track changes versions of the newly proposed Statement Of Rights And Responsibilities and the Data Use Policy: