Today Facebook addressed the controversy surrounding the news feed and a reduction in reach for some Pages. It outlined the four main factors that determine if a post shows up in the news feed, and insisted Page reach didn’t decrease overall. However a news feed algorithm change did start reducing reach for Pages that get complaints and that successfully cut total complaints by a double digit percentage.

Facebook’s news feed product manager Will Cathcart told a room of reporters at Facebook’s headquarters this morning that “The problem we face with the news feed is that people come to Facebook everyday, but people don’t have enough time to check out absolutely everything that’s going on.”

So to determine if any given Page post shows up in the news feed, Facebook looks at four main factors:

Cathcart used a Star Wars-themed example to explain how these work. Let’s say Darth Vader posts that he and Luke Skywalker have confirmed that they are father and son. To determine if Yoda saw this post in his news feed, Facebook would look at: whether Yoda had Liked or interacted with posts by Vader in the past, if Leia and Han Solo Liked the relationship post by Vader when Facebook showed it to them, whether Yoda tended to interact with relationship change posts in the past, and whether anyone else had complained about Vader or this particular post by the Sith Lord.

Facebook often makes changes to its news feed sorting algorithm, commonly referred to as EdgeRank, which is similar to how Google revises PageRank. Facebook says it adjusts the way in which it weights these factors to try to increase engagement and general satisfaction. Maybe reach decreases on some Pages, but people interact more with the news feed overall, according to Cathcart. 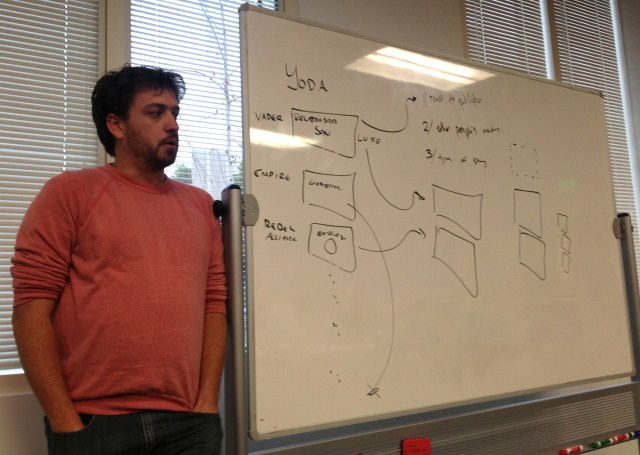 Facebook made a major revision in September. Users can click a drop-down arrow next to any news feed post to complain by reporting it as spam or hiding it, saying they don’t want to see more posts similar to it. Cathcart says “we started penalizing things that had an above average rate of complaints, and rewarding things that had a below average rate of complaints. Facebook believes the change was a success because engagement went up and “complaints went down in the double-digit percentage.”

However, Cathcart confirms that while the adjustment “had a varied impact across Pages, the median reach of Page content was relatively unchanged after the algorithm change. But that will impact different pages differently depending on who those pages are connected to and what other things those people are connected to. 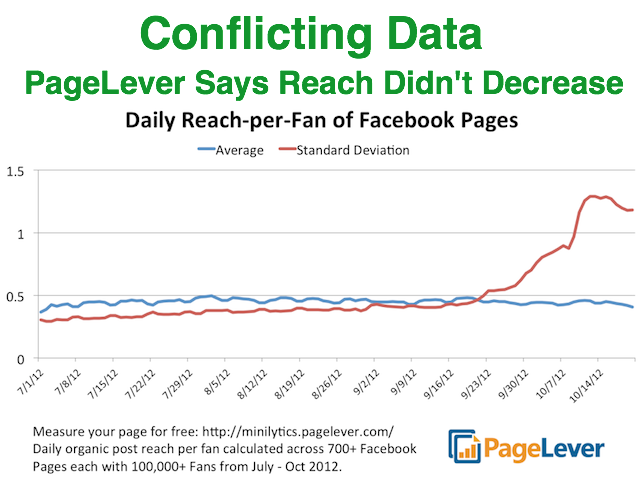 There are conflicting reports about the actual impact on average reach, though. Some like PageLever say it stayed stable, but others like We Are Social and SocialBakers say that average Page reach decreased by as much as 50 percent. This really hurt some businesses that relied on purchases or ad impressions from traffic driven to their site by their Facebook Page posts. Some businesses scorned by the algorithm change wrongly jumped to the conclusion that Facebook had purposefully decreased their reach to coerce them to buy its Promoted Post ads — which ask Pages to pay to boost the reach of a particular post.

But here’s the real deal. Those analytics providers are only looking at a relatively small number of Pages, typically fewer than 1,000. Facebook’s product marketing director for ads Matt Idema tells me that what those studies show “all depends on what set of pages you’re looking at and how many pages you’re looking at. We’re looking at all the Pages. The median reach did not decrease.” But what about average reach? Idema shut that down saying that, as for the difference between median and average reach, “I’m pretty sure they’re indistinguishable.” 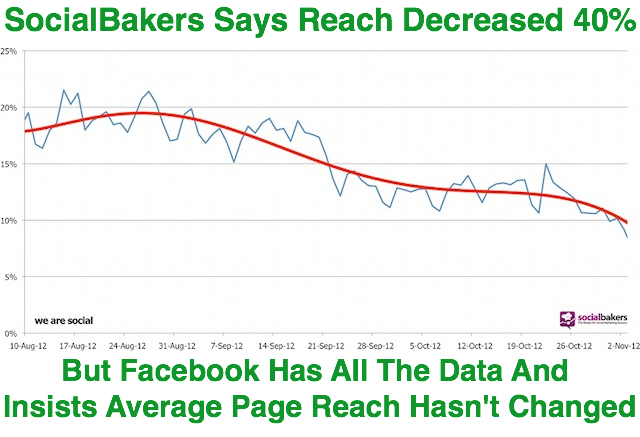 So basically, if an analytics company’s clients had their Page reach decrease significantly, then that company’s clients may be more likely to receive complaints. Just to be sure, I double checked with Facebook and they confirmed that average Page reach did not decrease. So why all the hubbub? Because Pages whose reach increased or stayed the same aren’t making waves, but those that had their reach decrease are being very vocal.

The social network wants the news feed to be the tastiest content omelet around, and that means it has to break a few eggs. But it wants to give users access to whatever they want to see. Cathcart cited Facebook’s Games feed, which lets gamers see only posts about games that could help them win. Facebook just launched a dedicated Pages feed last week to let people see a feed of their favorite businesses and organizations with their friends filtered out. Idema said that it plans to do more of this. I’d say a dedicated shopping or journalism feed could be in the works. Yep, a news news feed.

Facebook has never been so up front about the fact that it makes major revisions to the news feed sorting algorithm as it was today. Even though it’s seeking to create a better user experience and confirmed it does not make changes to sell more ads, some businesses got hurt. This is the unfortunate reality of relying on a centralized marketing channel like Facebook opposed to an open channel like email. Facebook giveth, and Facebook taketh away.