Just in case you needed more proof that the leaked news revealing a forthcoming physical Google Wallet Card is indeed legit, you can just visit Google’s own Help section on its Google Wallet website to catch a reference to the yet-to-be announced addition. On the page entitled “Eligible Devices,” Google mentions that all Android devices with an operating system of Android 2.3.3 or higher are able to download the Google Wallet app for use with the “Google Wallet card.”

Of course, “Google Wallet card” is precisely how the new, physical Google card was referred to when the leak was detailed last week. 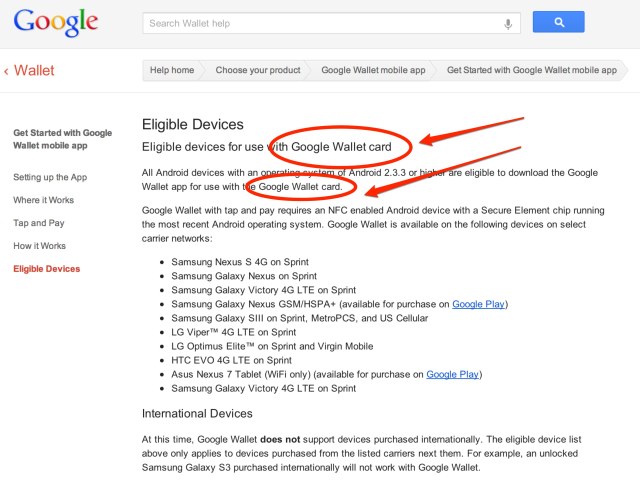 In case you missed it, an anonymous tipster sent the Android Police blog screenshots obtained from an unreleased version of the Google Wallet Android application, which contained details of a “Google Wallet card” which is designed to be used where Google Wallet’s tap-and-pay feature isn’t an option. That feature, based on NFC, only works with specific NFC-enabled Android handsets at select NFC-enabled point-of-sale terminals. 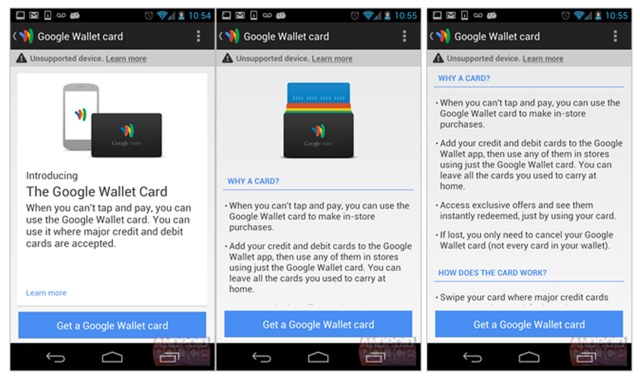 Although the leak was substantive – the tipster said he even received a confirmation email when requesting a card to be sent to him – it’s hard to know when exactly Google will officially announce the news. Hopefully, the mention spotted here on the Help page of the Wallet website is a good indication that the card is almost ready for primetime.

What can we take away from all this? Well, not only does this legitimize the leak even further, we know that the Google Wallet card will be supported via an app that runs on Android 2.3.3 and higher. We still don’t have an ETA, however. As for an iOS app which will offer the same to iPhone users? Unfortunately, no mention of anything related to iPhone or iOS has popped up about that, either.

Update!: At some point today, Google removed the reference to the card from the help page. Refer to the above screenshot for details of what it looked like prior to the change.