Read on for the rest of the new stats.

She started out by saying mobile growth is still strong and showing some slides from her 2012 Internet Trends report she published May 30th, 2012. I cross-referenced all her slides against what was in that report, and this is what’s changed. 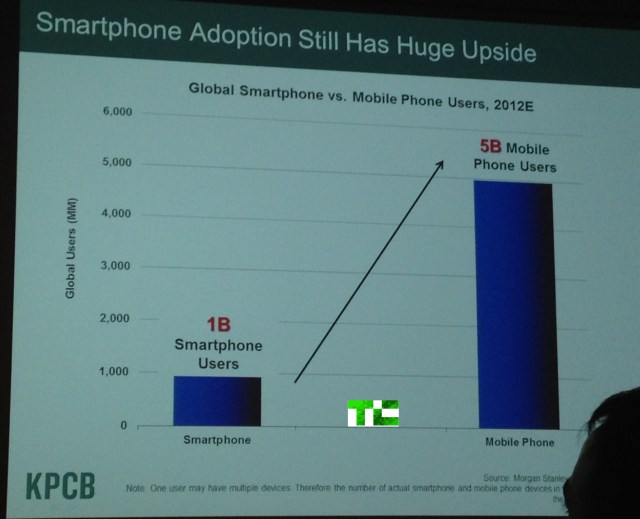 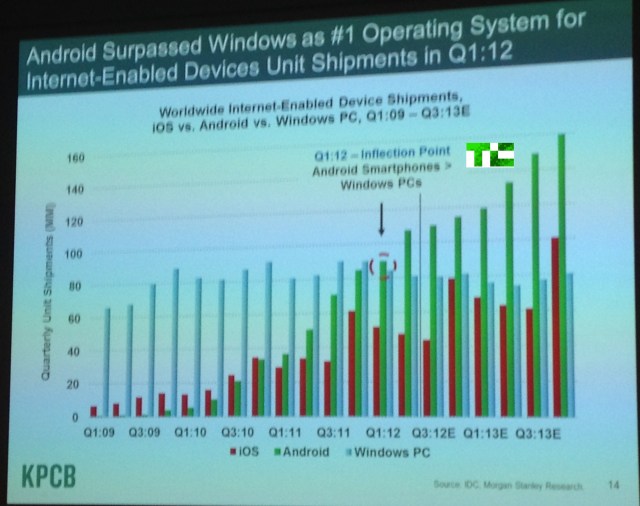 And for the last big statistic, by the end of Q2 2013, Meeker believes the global smartphone plus tablet install base will surpass the install base of the PC. 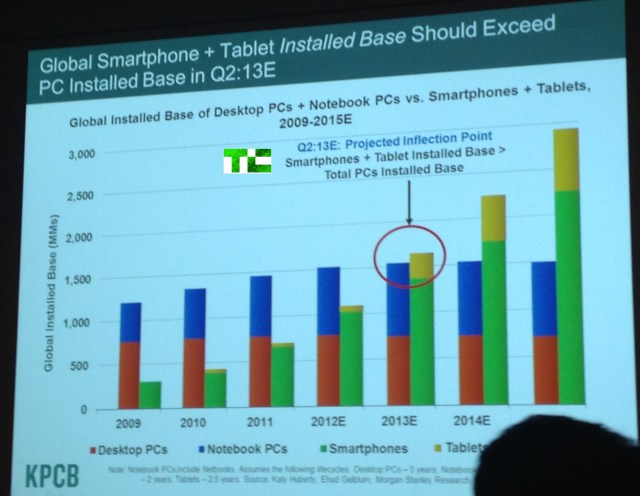 Meeker concluded her presentation with a review of how various industries were being redefined, but first took a minute to review Mark Zuckerberg’s thoughts on mobile. Here’s what Zuck said in his letter to potential shareholders as part of Facebook’s S-1 to IPO:

We hope to rewire the way people spread and consume information…We think a more open and connected world will help create a stronger economy with more authentic businesses that build better products and services.

Meeker said the quote by Zuckerberg was a “very arrogant statement, but likely true and certainly a big idea.”