Electronic dance music (EDM) is all the rage with kids born after 1990 (Generation Z), and Turntable.fm founder Seth Goldstein is bringing the scene online. Today he launches DJZ, a news hub website, and DJZtxt, a messaging app that turns emojis into sounds. With $1 million in funding from Kleiner Perkins, music industry folk and more, DJZ could capture the youth’s eyes and dollars, or get skipped.

DJZ’s design captures the loud colors and sharp sounds of EDM and the costumed crowds who show up to its festivals. Bright pink, blue, yellow and jet black give DJZ a snazzy feel, though they might make long-term browsing a bit of a headache. You sure won’t forget it, though. That will be critical to DJZ’s success, considering it’s courting such an easily distracted audience.

As for features, DJZ’s home page offers a two-column feed of dance music news topped with quick links to stories about the genre’s biggest artists. The Artists A-Z tab has profiles for all the biggest EDM DJs, complete with biographies, music, tweets, Instagrams, news, and upcoming concerts. And if you want to know where to rave, the Events tab lays out future shows and festivals featuring the dance DJ elite.

The pop-up, Soundcloud-powered DJZ Playe in its Listen tab lets you bounce to mixes anchored around particular artists. Playlists such as “If You Like Skrillex” will give you a combination of favorites from the dubstep superstar and jams by similar artists you don’t know. DJZ could definitely benefit from some exclusive songs and videos to draw in fans. That’s not out of the question, considering along with KPCB, Google Ventures, Index, and True, DJZ’s investors include Lady Gaga’s manager Troy Carter plus MTV and BET owner Shari Redstone. 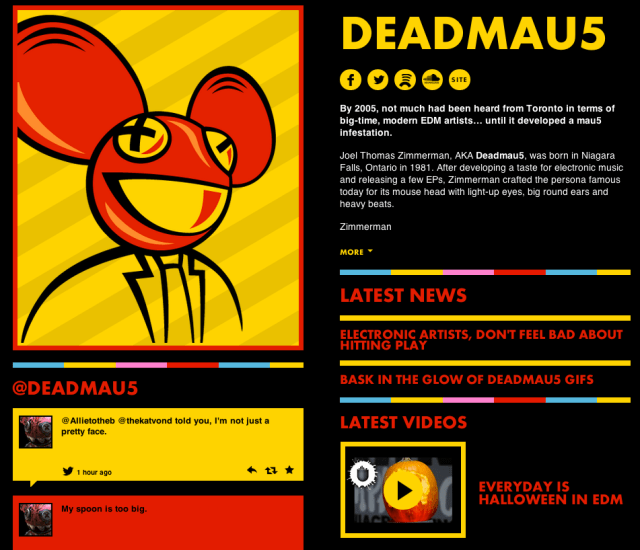 DJZtxt is just absurd. The iOS messaging app lets you choose from a set of emoji icons that each represent a drum, synthesizer, or other music loop. Choose a few and send them to a friend and they’ll hear the sounds combined into a little song.

I can’t imagine people spending serious time on it, but it’s surprisingly fun, at least from a novelty standpoint. I really dug the page of Internet meme samples that lets you throw Nyan Cat, “Double rainbow all the way”, and Peanut Butter Jelly Time sounds on top of a fat beat. Goldstein tells me premium packs of samples from big artists will go on sale regularly to try to keep the app fresh.

Goldstein’s new website has a lot of potential. It’s laser-focused on the core elements of EDM fandom, and a great way to keep up with your favorite artists while discovering new ones. Traction with teenagers is a fickle thing, though. Goldstein agrees, “you can’t lock them down”. DJZ has planned some clever ways to pull in visitors, though. Along with buying cheap search keywords to bring in what he expects to be high lifetime value users, Goldstein says DJZ is “partnering with festivals and handing out glow sticks in the audience.”

Still, DJZ may need exclusive content and promotion by the DJs themselves to pull in an audience. Goldstein explains, “The big difference between MTV 20 years ago and today is that artists themselves are distribution. If you put together the Facebook and Twitter streams of the the top 30 artists, that’s Comcast, that’s Time Warner Cable, that’s the direct distribution you need. When we get to the point where DJs are promoting their profile pages because what we’re doing with aggregating social feeds may be more compelling than what they’re doing themselves, then I think we have a much more sustainable model.”

It’s early days, but if artists adopt DJZ as their home, it could become as popular as the dance music kids love and people over 50 think is noise. 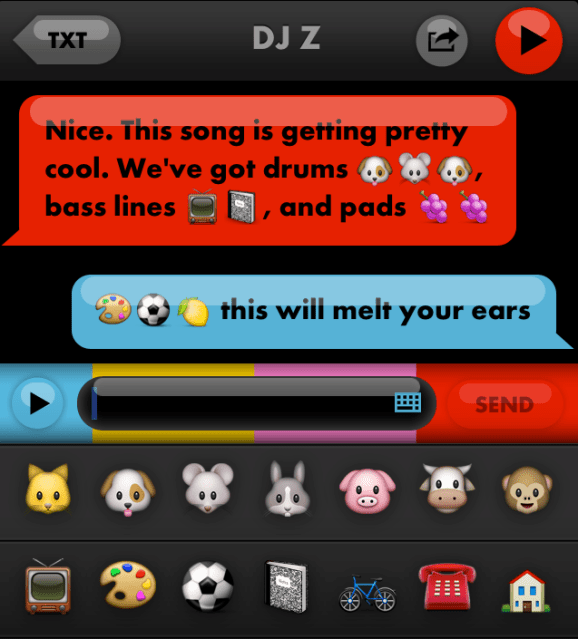