If Facebook’s going to make money on mobile, it needs developers building social apps that send it content and buying ads. That’s why making it easy to build Facebook-integrated apps is critical, and why today it revamped its Android SDK and launched the Android Dev Center. These give deves pre-made Facebook widgets to augment their apps, and guides for building in friends rather than bolting them on.

If you’re an Android developer you should just read the actual Facebook dev blog post but here’s a quick summary of what’s new in the Facebook for Android software development kit 3.0:

Finally, the SDK lets devs track clicks and installs from their Facebook mobile ads. These updates are very similar to what was added to the newest version of the Facebook for iOS SDK last month. 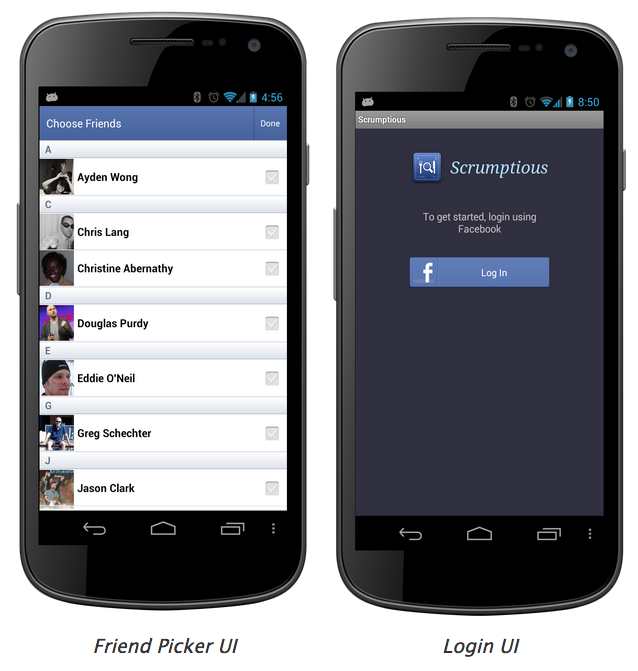 The new Android Dev Center collects reference docs, tutorials, concepts explanations, and a Getting Started guide to ease developers in and keep frustration at a minimum.

So why is this something everyone should care about and not just developer mumbo jumbo? Two big reasons:

1. Facebook is looking to become your omni-news feed where you learn about what friends are doing in all the apps they use. If devs hook their apps into Facebook, they’ll send it content that increases time spent browsing the news feed and the number of eye-balls it can show all types of ads.

2. Facebook wants a cut of the massive mobile app paid discovery market. Rather than paying for random banner ads around the web to promote their apps, Facebook is luring them to buy its new mobile app install ads it opened up access to yesterday. If Facebook can get app devs to build on its platform, they might advertise with it too. They get an added bonus, in fact. Facebook shows your friends who use an app in the ads, so if devs integrate Facebook, their ads gain social recommendations to persuade people to install. 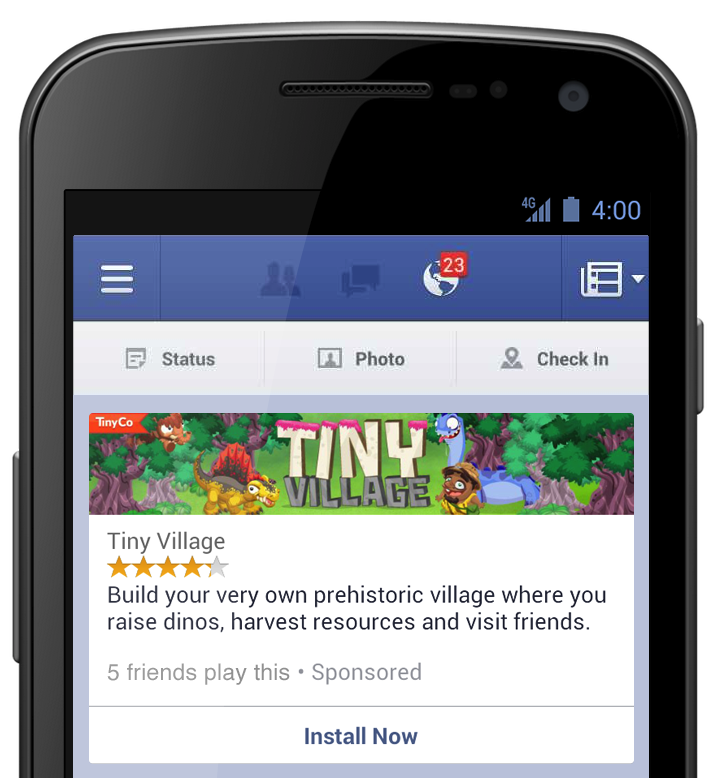 The key misunderstanding a lot of people make is that Facebook is competing with iOS and Android. It’s not. Facebook wants to be the social layer in apps on all devices. And more and more of those devices are Androids do to their lower cost and popularity in emerging international markets where Facebook wants to grow.

So while a software development kit release might sound boring to some, getting more little green robot apps built on its platform translates to more big green dollars in its bank account.