Last November, Treehouse revealed its ambitious goal to teach anyone and everyone to write code and design for the Web, iOS and Android. Combining the best of Lynda.com and Codecademy, Team Treehouse uses quality video, some lite testing, gamification and project-based learning to teach you to code, even if you’re the world’s biggest Luddite.

Quick to grow its user base and revenues, last month Treehouse decided to give back to its community by doling out $3 million-worth of free tech education to 2,500 college students.

Treehouse’s so-called “scholarship program” offered 2,500 free “Gold” accounts to college students in the U.S. for a full two years. To participate, you had to be able to prove you’re actually a college student, like having a valid “.edu” email address, for example. As Gold plans are $50/month, it worked out to $3 million-worth of free Treehouse — the equivalent of what they’d collectively have to pay out of pocket.

As to whether or not the scholarship program was a success? Treehouse Founder & CEO Ryan Carson told us that he was “blown away” by the positive response, and the ensuing barrage of comments on the announcement on its blog and on Twitter, proved that students “were very excited about a more optimal (and fun) way to get job-ready.”

Carson said that there was a wide range of representation from colleges and universities in the U.S., with students participating in the scholarship program from U.C. Berkeley, Colgate, UPenn, Michigan, MIT, NYU, Stanford, Harvard, Duke and more.

In fact, Treehouse received enough interest in the program that it was forced to turn students away. This, combined with the fact the program was for U.S. students only, has led Treehouse to decide to do it all again, but this time go international — and double the size of the scholarship.

On its blog yesterday, Treehouse officially announced Round 2, saying that the demand “from across the pond, down under and all across the globe” was so strong that it’s now offering 5,000 two-year Gold accounts.

This time, the scholarship is open to students around the world of any age — as long as you’re currently a student or graduated within the last year (and you’re not a current Treehouse student).

To read the blog post on the annoucementcheck here, and to read out more-in-depth coverage on Treehouse from TC, go here. 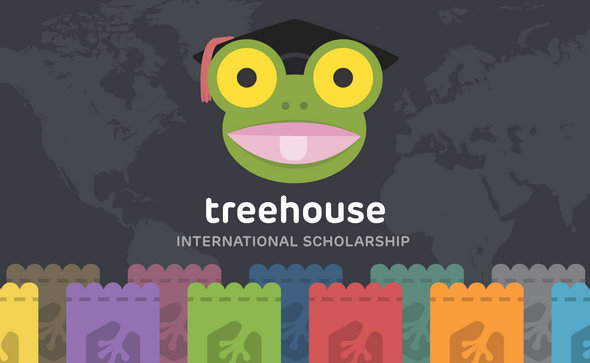