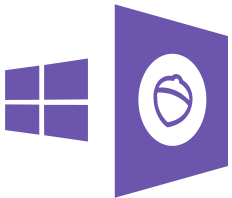 SweetLabs took the wraps off a new and improved version of its Pokki software this morning. It adds a Start menu back into Windows 8 that is loaded with functionality above that found in previous versions of Windows. Like previous builds of Pokki, the software also packs a web app store for easy distribution of HTML 5 apps which now includes several marquee titles including Angry Birds, Pandora and Pinterest.

The Windows 8 Pokki Menu is crowd-pleaser. I saw it in action and it replicates most of the functions found in the normal Start Menu but adds several novel features. First off, the menu features an easy way to install Pokki apps with suggestions and one-click installs. It also offers an icon-based app menu where users can pin Pokki apps, Windows apps or web pages. Also new this time around is a panel for Pokki app notifications.

The Pokki Menu sports traditional buttons and functions as well. There’s a shut down button, application list, and links to the users’ documents, music, and pictures folders for the more nostalgic among you. Plus, it offers a way to bypass Metro and boot directly to the classic interface.

“On October 26th, Microsoft is foisting its touch-oriented ‘Metro’ interface on the world and we just don’t know if it will work for the 1.3 billion PC users out there, all heavily reliant on keyboard, mouse and desktop,” said Chester Ng, co-founder and CMO at SweetLabs, in a released statement today. “We’re worried that users may be confused without any bridge, so we have decided to help users who are transitioning to the new OS, by providing Start Menu functionality along with the modern app experience users already love about Pokki. And sorry, I just cannot stop calling it ‘Metro.’”

The company is growing at a rapid pace too. After launching in the summer of 2011 and quickly raising $13M from Intel, Google and others,

FUD or not, Windows 8 can be overwhelming and frustrating to the casual or everyday user. It’s fundamentally different from every other version of Windows. Pokki aims to restore the good times. The Windows 8 beta is available for free here.

Update: The software will not be available until 12:00pm EDT.