A mobile back-end as a service (MBaaS) called Kii Cloud officially opened for developers today, boasting 25 million end users and a group of distribution partners, including NTT docomo. Kii Cloud, in development for the past two years, marries APIs and SDKs with a proprietary back end that abstracts the complexity of building servers.

MBaaS is more often a way to cater to developers. The idea here is that developers program the app and push it out to Kii Cloud without having to build their own servers and back end. At the crux of it, Kii sells simplicity and scale through the APIs and SDKs that use object database technology originally developed as an open source project by db4objects. Its ad network and distribution across Japan, Korea and China give it significant reach.

Developers write code for its apps and deploy to Kii. The SDK provides identity services as a core capability for user authentication across devices. Kii’s user profiles contain JSON-encodable objects that allow for users to build out their profiles relatively easily.

Kii is also marketing its data and analytics capabilities. Again, it’s the ease of use that they say is the advantage. SDKs are available for iOS and Android devices. We’ll see how easy it is to “throw any kind of data at it without any backend programming,” but for now we’ll give them the benefit of the doubt.

Matsumura said to me in an interview that Kii’s value comes from its ability to leverage the millions of users who would have access to its apps. Kii has its own ad network and gives developers the ability to directly sell and manage their own ads. 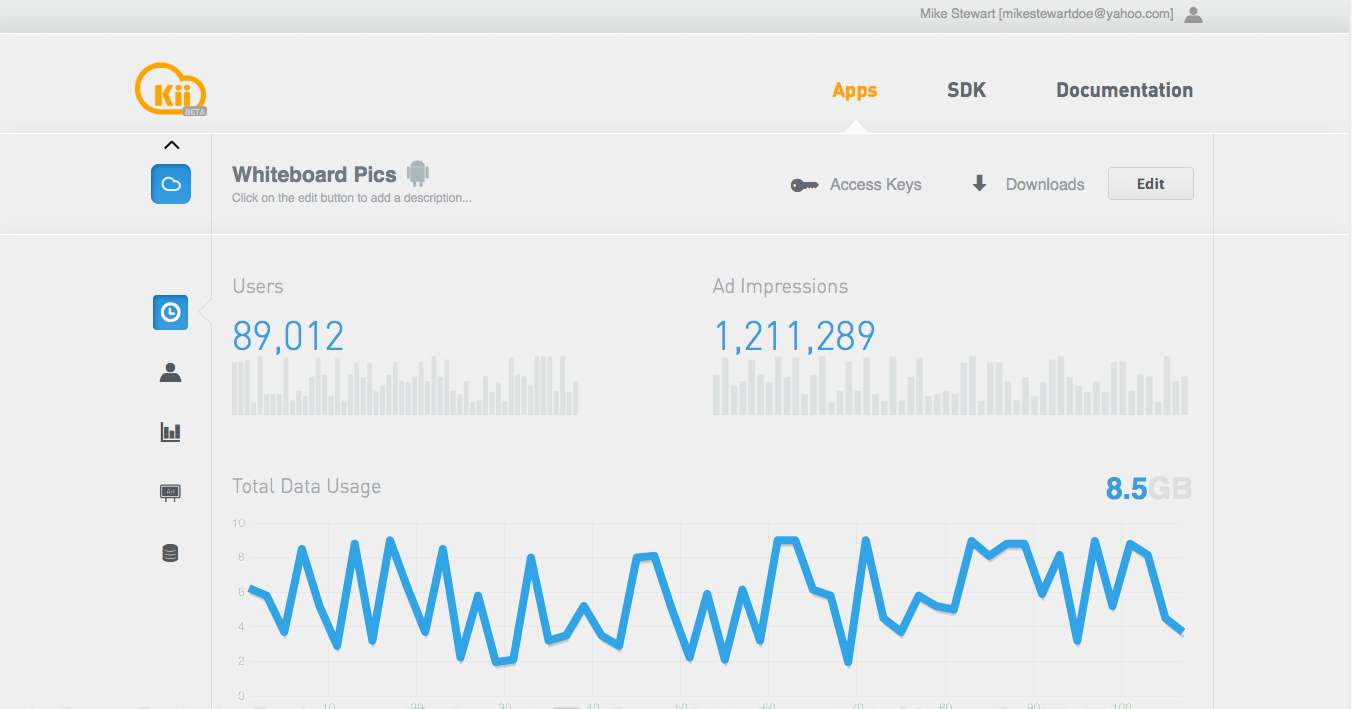 Kii Cloud is the story of Servo Software of Santa Clara and Synclore Corporation of Tokyo. Servo started as a provider of APIs and SDKs to network operators, device makers and developers. Synclore, founded in 2008, came out of a management buy-out from Nokia Japan. It provides software for operators like Docomo and Softbank, based on its proprietary mobile phone back-up system.

The companies merged in July 2010 and have since then built out their service. Miko Matsumura sits on Kii’s management team. He runs developer relations for the new Kii Cloud. He says the 25 million end users use apps and services from developers who work with distribution partners and sponsors that include Kyocera, Softbank and Sharp. The service, now in public beta, is free until at least the end of the year.

Christof Wittig, who founded Servo, is the CEO at Kii and the managing director at Kii Capital. Prior to Kii he worked as founder and CEO at db4objects, which Versant Corp. acquired in December 2008. db4objects developed, commercially licensed and supported db4o, an open source object database. The object-oriented technology in Kii comes from Wittig’s background with the technology. It is an integral aspect of the Kii service and allows for complex interactions that play out in the way developers add features and different data sets to the platform.

Kii is a second-generation cloud company. Its an engineering company, developed by veteran technologist who have brought syncing and database skill sets to create a service meant for the mobile market. But it’s the international flavor of this company that will have to play a factor in the company’s success. It’s the distribution of a company like NTT docomo that will make the difference. These are companies that have billing built into the services they offer, making Kii an attractive offering for developers looking to reach a global audience.

In conclusion, I would say that developers need to think carefully about the mobile back end that they use. There are a host of options available. Kin Lane covers the gamut of providers out there, including Stackmob, Kinvey and Parse. Kii claims it starts out of the gate as the largest of the providers with its huge end-user base. But this is a very crowded market — and a young one, too. Kii’s challenge will come in breaking out from the crowd and showing its back end is capable of scaling to millions of users across multiple global regions.