Stripe, the YC-backed payments startup funded by Sequoia and PayPal’s original founders, is launching a new way for marketplaces and collaborative consumption startups to let their users directly accept payments.

It could be a huge win for early-stage peer-to-peer marketplaces, since many more mature companies in the space like Airbnb have had to go through the hassle of building in payments and fraud detection themselves.

“Airbnb had to practically build a version of Stripe in-house to let users accept payments,” said co-founder John Collison. “We thought about how we could make it very simple for websites to let their users sell, because it’s not about the visible damage of having to build this yourself. It’s the invisible economic damage of all the companies that don’t get started because it’s so hard to build a marketplace.”

Called Stripe Connect, the product lets users of any partner website directly receive payments. Before, an individual user would have to go through a time-consuming process of applying for a merchant account.

Some early users of the platform include Reddit, which is letting its users accept donations with Stripe Connect, and Skillshare, the community where anybody can teach others. Another wine-focused site is directly allowing its wineries to handle transactions with Stripe.

To handle fraud, Stripe has to collect details like bank account information, Social Security numbers and so on to get a sense of whether a website’s user is reliable.

“There are never any silver bullets, but with all of this information, we can get a high degree of confidence,” Collison said.

Collison adds that the system can easily integrate into all sorts of analytics and customer relationship management tools. Stripe’s API lets developers use their payments data and history to build new kinds of apps.

Overall, Stripe isn’t disclosing how many customers it has or how many transactions it is facilitating. The company publicly launched last year and it’s attracted the backing of some of Silicon Valley’s most storied investors, including Sequoia Capital and members of PayPal’s founding team like Peter Thiel, Elon Musk and Max Levchin. It was co-founded by two brothers Patrick and John Collison, who came to the U.S. from Ireland and became affiliated with Y Combinator very early on when their company Auctomatic was sold in 2008.

“What we’re doing with Stripe is building a very broad, economic infrastructure for the Internet,” Collison said. “When we started Stripe, we felt it was hard to build a business online. And specifically, what I mean is that payments online was very exclusionary, slow and difficult.”

Although Stripe faces a competitive field including the original PayPal and Accel-backed Braintree, Collison says the market opportunity is just so large that there is plenty of room for the company to grow. 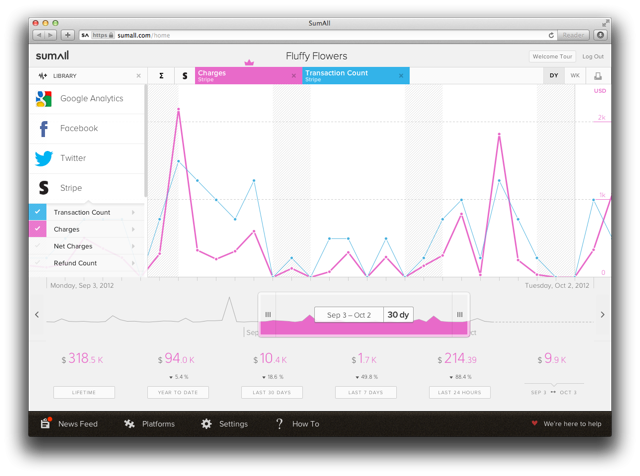