The year was 2008 and Zynga had it all figured out. Facebook became a portal to games for those who had never played. Viral growth there was unchecked. Facebook ad rates were low, so buying traffic was cheap. And most games were played on the desktop. But soon everything changed, and Zynga never recovered.

Here’s a look at four big shifts that caused Zynga’s power and share price to plummet.

Too Many Developers, Not Enough Softcore Gamers

In the years leading up to Zynga’s ascent, video games were seen as something for hardcore gamers. That’s not how they started, with easy-to-learn arcade games like Pong and Pac-Man attracting mass audiences.

But as gaming machines got more powerful and home consoles developed, the games got more complicated and so did the controllers. Mom didn’t play Halo or Final Fantasy. Or more accurately, she couldn’t. 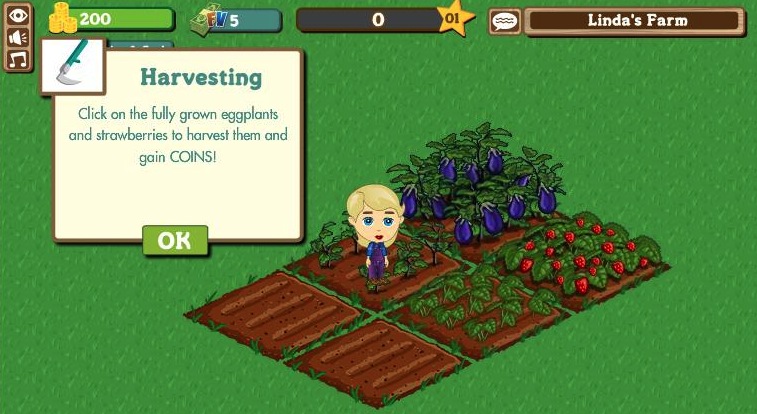 But Facebook put what was essentially a gaming console in front of millions of non-gamers. Mark Pincus recognized this and built games for a mass market. Click click click, simple tasks, something for everyone. However, other entrepreneurs soon wised up, fracturing the market.

In the five years since, the gamers got smarter, too. The most popular games are still pretty simple, but mid-core games like strategy simulator War Commander are gaining steam. Some people who used to be content clicking FarmVille crops have moved on to more complicated games. 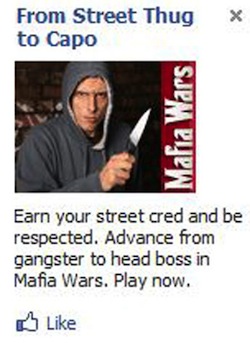 Back to 2008. There was a big untapped market of new potential gamers on Facebook, and Zynga needed a way to reach them. Yet brands weren’t too interested in Facebook ads yet, and other game companies hadn’t realized how powerful they could be for user acquisition. That meant the cost of a Facebook ad click was low, and you didn’t have to make too much money off a gamer to get a return on investment.

So Zynga scrambled to raise a bunch of money, $40 million over three rounds in the span of seven months. It bought huge volumes of ads, so many that it accounted for a big percentage of Facebook’s revenue at the time – as much as 10 percent.

Eventually, direct advertisers, brands, and other game companies started pouring money into Facebook ads, and rates increased. Some reports peg the cost per click at around $0.27 in 2009, whereas now they’re almost 3x as pricey, up to $0.88 this year. That means Zynga can’t buy new users as efficiently as it used to. That forces it to rely on organic viral growth, but unfortunately… 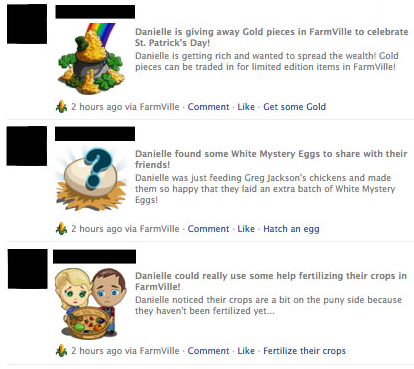 When Facebook launched the news feed and the app platform, it didn’t quite anticipate how they’d be combined. Zynga quickly became a viral juggernaut. It built games where you’d win by asking friends for help, and constantly interrupted play to ask you to share “Can you milk my cow?” stories to every one of your friends. This meant that each user it bought through ads might bring in two more friends by promoting its games through the news feed.

Game spam from developers like Zynga soon got so bad it threatened to drown out status updates and photos from friends, ruining the Facebook user experience. So Mark Zuckerberg took a stand, saying in an interview:

A lot of users like playing games, but a lot of users just hate games, and that made it a big challenge, because people who like playing games wanted to post updates about their farm or frontier or whatever to their stream. But people who don’t care about games want no updates. So we did some rebalancing so that if you aren’t a game player you’re getting less updates.

The viral bonanza was over for Zynga.

Screens Got Smaller, So Did The Margins

For years, Zynga got to sell virtual goods on its Facebook desktop games untaxed. It was essentially selling cost-less copies of digital images for real money, and the margins were great. Facebook finally forced all developers onto its virtual currency Credits in July 2011 and started taking a 30 percent cut. Zynga might have negotiated a slightly lower tax but it was still a hit to its bottom line.

Back in Zynga’s heyday, most Facebook usage was on the desktop where its games were. But the shift to mobile was quick. It seemed to take Facebook by surprise, and it hit Zynga, too.

The gaming giant only had freemium experience and hadn’t built games that you bought before you played. It needed to learn to build games that were deeply engaging every session, opposed to ones where you went in and did chores. Living on the iOS and Android platform also meant giving away 30 percent of purchase revenue.

Zynga’s solution was to buy its way in, but that hasn’t panned out. It purchased Newtoy for Words With Friends, which was a huge hit, but it hasn’t been earning tons of money and the founders just left the company. It acquired Draw Something developer OMGPOP at the height of the game’s popularity, only to watch it tumble off the chart forcing Zynga to write off as much as $95 million.

Financial factors surely played a role in the fall as well: stock clawbacks; Pincus selling shares; Zynga’s IPO price and timing; and Facebook’s troubled public debut, for example. Those are for another story, though. 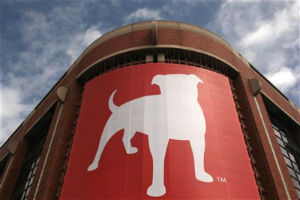 Zynga IPO’d 10 months ago at $10 a share. Today it fell another $0.23 to just $2.48 after cutting its revenue projections. I believe Zynga could find a road to recovery, though it will not be easy. It may require more advanced games that are inherently viral and built specifically to monetize on mobile. That will require it to stop the bleeding of talent and find fresh blood that truly believes in Zynga’s mission to connect the world through games.