Facebook is expanding to the U.S. the controversial Promoted Posts feature that lets users pay to get their posts more visibility in the news feed. It will cost $7 per post and Facebook hopes it will be used for garage sales, parties, wedding photos and other important announcements.

Facebook first began testing the product, then called Highlight, in May in New Zealand. It’s still testing price points for the U.S. so it could go up or down from $7, and cost varies across international markets to sync with what’s appropriate for local economies.

How Promoted Posts Get The Word Out

After you publish a post, a Promote button will let you pay to bump up its rank in the news feed — making it appear both higher in the feed, and to a larger portion of your friends. Unpromoted posts are typically only seen by 12-16 percent of your friends.

After you Promote a post, it will be marked “Sponsored,” and you can check to see how many more people saw it because you paid. For example, you’d see “So far your post has had 3.8x as many views because you promoted it.” 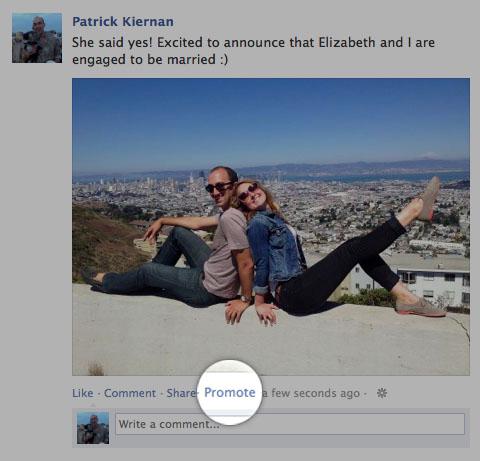 Facebook is becoming a critical one-to-many communication medium for people. Often we’re just sharing fun things that we don’t desperately need eyeballs on, but other times a better news feed position could really help. If I’m trying to sell all my possessions before moving to Thailand, Promoted Posts could be a cost-effective way of making sure more friends know about my garage sale. Raising money for charity or looking for bone marrow donors are some other clearly positive applications.

But as with anything on a sandbox service like Facebook, the success and impact of Promoted Posts will depend on how people use it. A friend with a trust fund could promote every post he publishes just because he has the money. In that way, the feature could distort the news feed’s meritocracy, where posts that get lots of likes and comments are shown to more people.

It could turn into a big money maker, though. Since the $7 is essentially all profit, Facebook could nearly double its revenue per user if it could get each US user to promote just one post a year.

If Facebook isn’t careful, Promoted Posts could offend and marginalize financially-strapped users. If it makes sure to minimize overuse, though, it could give people a powerful way to identify what their most important content is: putting their money where their mouth is. 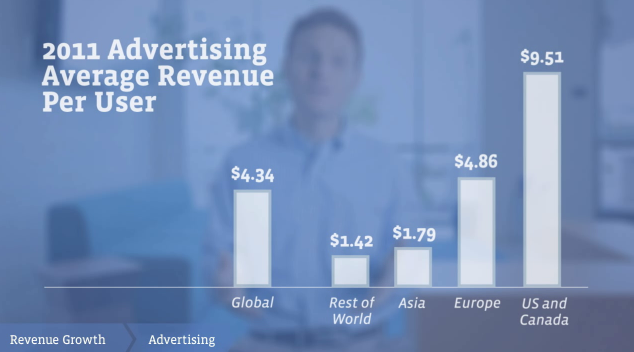