It turns out that people really are interested in hearing what brands have to say on Twitter — in a presentation today at the IAB MIXX advertising conference, Twitter’s vice president of global brand strategy Joel Lunenfeld said that 88 percent of Twitter users follow at least one brand, and that more than half of users follow six or more brands.

The big message of Lunenfeld’s talk was to encourage advertisers to understand that advertising on Twitter isn’t separate from regular content. Brands should think of conversations on Twitter as a canvas where “you can paint some amazing stories,” he said.

So naturally, the presentation (and my conversation with Lunenfeld afterwards) was full of examples of what brands are already doing. One example: Audi’s #WantAnR8 campaign, when Joanne McCoy expressed her Audi fandom by tweeting with that hashtag, prompting Audi to show up at her door and let her drive an R8 for the day. The company built a campaign around the video of McCoy receiving the car — and naturally, it used the same hashtag.

Another example that’s less advertise-y: A tweet from Old Spice asking, “Why is it that ‘fire sauce’ isn’t made from real fire? Seems like false advertising.” To which Taco Bell responded, “Is your deodorant made with really old spices?” (Old Spice: “Depends. Do you consider volcanos, tanks, and freedom to be spices?”) Lunenfeld told me he likes that example because it shows that the brands themselves are talking to each other. However, Twitter isn’t making money from that kind of conversation or from some of the other examples in his presentation. Lunenfeld didn’t seem too bothered by that — he said that the revenue team’s number one goal is education, i.e. working with brands to help them understand how to get the most out of Twitter. 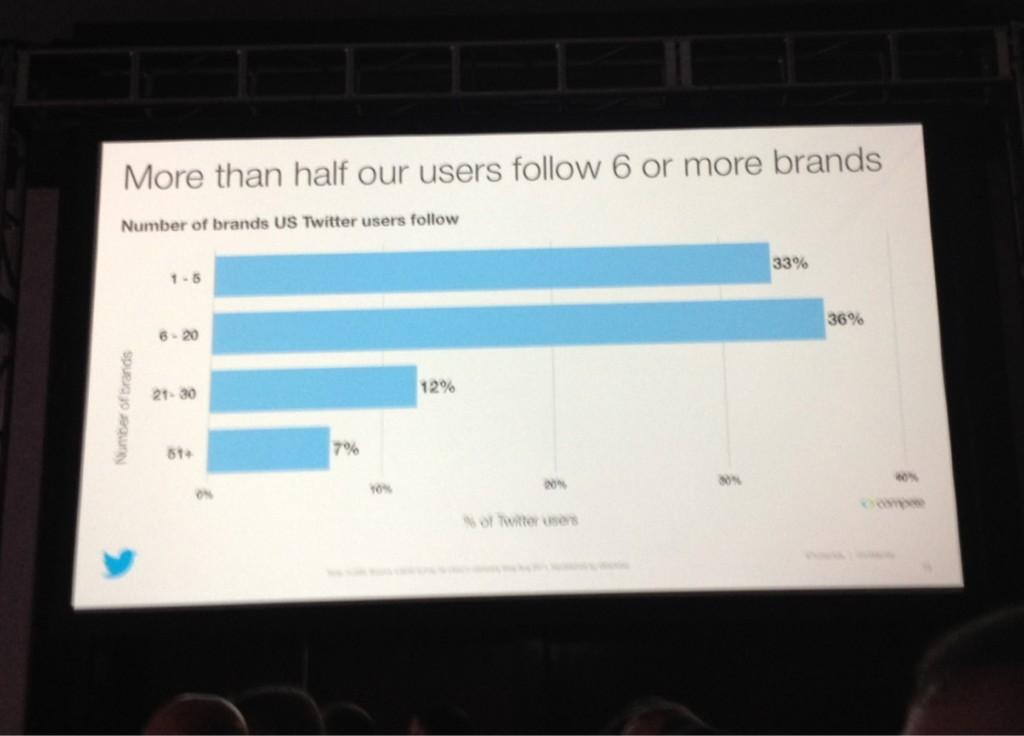 I also asked whether it’s challenging to get those brands on-board with the idea of conversational ad campaigns. Lunenfeld said that some of them are still working to understand “the conversational aspect,” both on Twitter and in general, but he noted that Twitter also works well as a broadcast medium for other types of content, like a promotional video. A campaign on Twitter, he said, is “the ultimate complement to a TV buy.”

As for where the Twitter advertising goes from here, Lunenfeld noted that brands are trying to become more mobile, more real-time, and more local — all strong points for the company. He added that Twitter is working to develop “more and more ways to get a message across inside a tweet.”