Everyday your friends are getting married, breaking up, and getting drunk, but it can be hard to follow along. So today The Taploid launches its web app that runs natural language processing on your Facebook feed to produce a gossip magazine of subtle trends and juicy tales. Taploid can tell you which of your friends are alcoholics, or who someone that just got out of a relationship will date next.

Taploid was co-founded by Bay Area socialite Redg Snodgrass, a former VP for Skout and Alcatel-Lucent, who says “We want to take Silicon Valley technology and bring it to the Jersey Shore mass market.”

Log in with your Facebook account and a few seconds later you’re greeted not with a cluttered news feed, but a curated slideshow of full-screen stories about your friends. Taploid aims to be interactive. So when a friend ties the knot, it might ask you to vote whether she and her husband willl stay together. 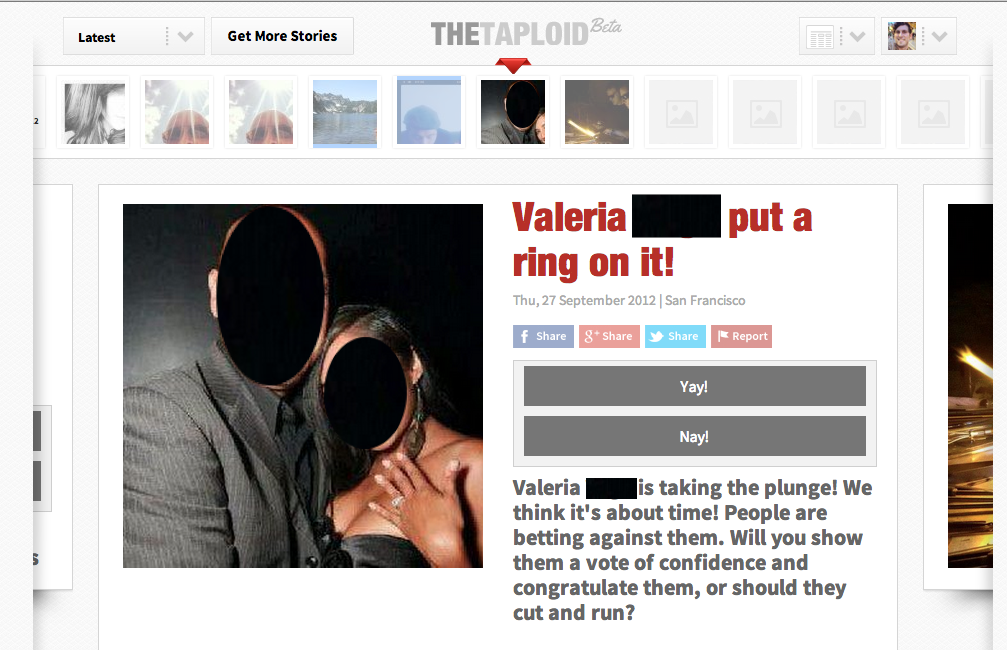 It might seem like it’s just for fun, but there’s some serious engineering on the backside of Taploid. Its chief product officer Andrew J Scott was the founder and CEO of personalization engine startup Rummble.

For example, let’s say your buddy Trevor breaks up with his girlfriend. Taploid will analyze if he friends, wall posts, or checks in with single women. If he’s heavily interacting with a few girls, Taploid will show a story suggesting Trevor might date one of them and ask you to vote for who you think he’ll end up with. Or if someone is wall posting with people who use words like “beer,” “drugs,” and “party” too often, Taploid might tell you they’re running with the wrong crowd and invite you to warn them.

For now, Taploid only pulls in your Facebook data, but Snodgrass says his company’s sentiment analysis engine can be pointed at anything. Taploid will start digesting Twitter, Foursquare, and other data soon.

The product definitely has its bugs and faults. Some stories are just boring, while others are confusing, leading you to wonder what tidbits Taploid pulled together to make the wrong assumption that your nerdy friend is a heartbreaker. Still, the 2,500-person private alpha had people frequently returning for the latest edition of their Taploid.

As for making money, Snodgrass believes data about who talks about shopping, drinking, or their kids all the time could be valuable to big brands. He also imagines selling promotions that get people to Like or follow Facebook and Twitter brand pages. He says “I think this is a lot more monetizable than Skout ever was, and I mean that with the upmost respect.” 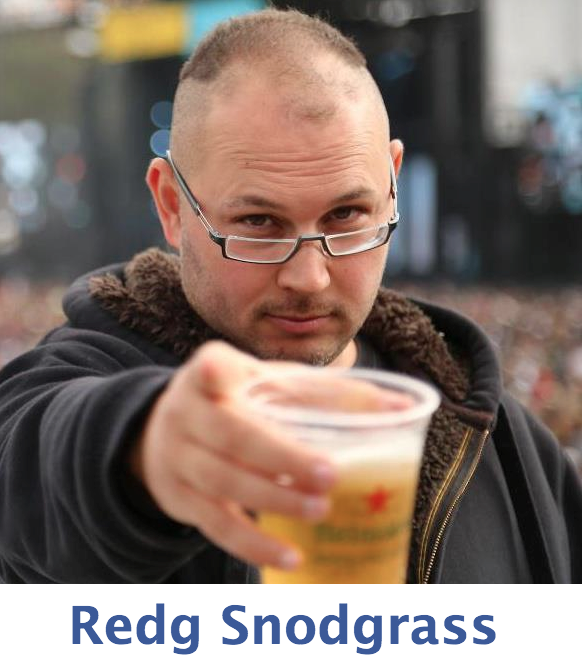 Until the cash starts flowing, Taploid will rely on the $200,000 it raised from its co-founders and Ballpark Ventures, Steve Pankhurst (Founder of Friends Reunited), Steve Schlenker (Founder of DN Capital) and others. The startup is out raising more money right now — partly why it’ll be on stage at the DEMO conference this afternoon. A mobile app is slated for development once it raises a Series A round.

That makes sense when you consider gossip magazines are reportedly an $85 billion market. What’s interesting is the potential for Taploid to update the medium.

Without personalization technology, the world settled on knowing everything about the lives of a small set of celebrities. But thanks to algorithms and APIs, Taploid can learn just as much about normal people. Suddenly, fame becomes subjective, and with Taploid, Snodgrass says, “your friends are your own personal celebrities.”

The Taploid is now taking signups for its public beta, though there might be a short wait depending on demand.