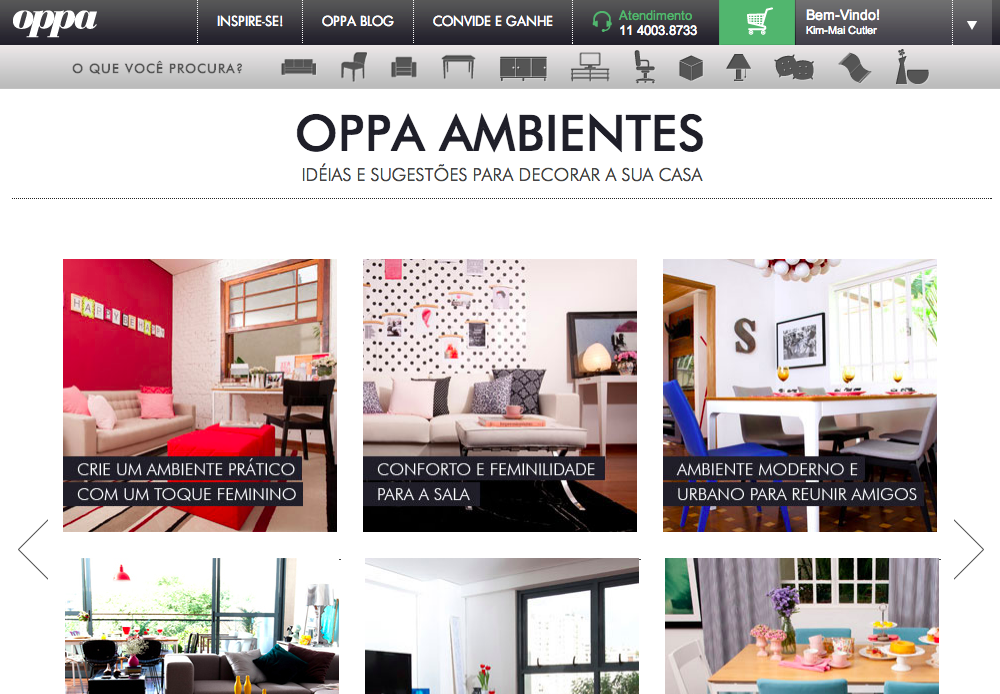 Peter Thiel is paying a little more attention to the Southern Hemisphere.

His fund Valar Ventures, which does early-stage investments globally, is leading a $13 million round in Oppa.com.br. The company, which bills itself as the Ikea of Brazil, sells trendy and affordable furniture to consumers in Brazil’s booming economy. Monashees Capital, Kaszek Ventures, Josh Kushner’s Thrive Capital, and Micky Malka are also participating in the round.

Oppa was launched last year by Harvard Business School grad Max Reichel. The company sells its own branded products that are designed internally and the company sources new ideas from younger designers.

“We felt the market was lacking an offering for the young, design conscious and contemporary consumer,” Reichel said.

Not only that, Oppa’s products are also built locally in Brazil, which means the company can manage quicker turnaround times than if the company had outsourced production to Asia. One other interesting part is that designers can submit ideas directly through Oppa’s website and then they can be made in collaboration with the company’s in-house designers. This is a little reminiscent of Quirky, the product design platform that Andreessen Horowitz and Kleiner Perkins recently backed with $68 million in funding.

One other reason that this startup might work in Brazil is because import taxes are extraordinarily high, a legacy of the country’s economic policy which heavily favors domestic industry. This makes the market more impenetrable to foreign furniture brands, like the actual Ikea. The company also sells its furniture online, avoiding the high fixed costs of stores. They do have some pop-up stores, however.

Reichel used to be a McKinsey consultant in the firm’s Brazil office, so he’s spent some time understanding the local market. He first worked in Brazil back in 2005 and has been coming back regularly ever since.

Oppa becomes yet another Brazilian startup to raise funding from high-profile Silicon Valley- or New York-based investors. Baby.com.br, which is replicating the Diapers.com model for Brazil, is another recent startup to have raised capital from local Silicon Valley investors like SV Angel, Felicis, Thrive and Chamath Palihapitiya. The Groupon of Brazil, Peixe Urbano, also closed a few growth rounds last year, with participation from Benchmark Capital and Monashees, which focuses on Brazil. Keep in mind though that all of these companies had a wealth of connections to U.S. investors, considering that Oppa and Baby.com.br’s founders went to Harvard Business School, plus one of Peixe Urbano’s founders was the country manager for Facebook.