Professional social network LinkedIn has begun allowing its members to follow companies over two years ago, giving professionals a way to easily access company updates, such as job openings, new developments and more. But the network has not allowed users to follow individuals. Today, that’s changing. LinkedIn is allowing you to follow certain key influencers from a variety of sectors, who can broadcast their news, blog posts and more across the network.

Currently, LinkedIn is seeing significant traffic from publishers who have embedded a LinkedIn share button on their sites. From this data, the company is seeing that people tend to gravitate towards sharing certain people’s work and news. This has also been observed with LinkedIn’s social news product, LinkedIn Today, says the company’s executive editor of LinkedIn today, Dan Roth. 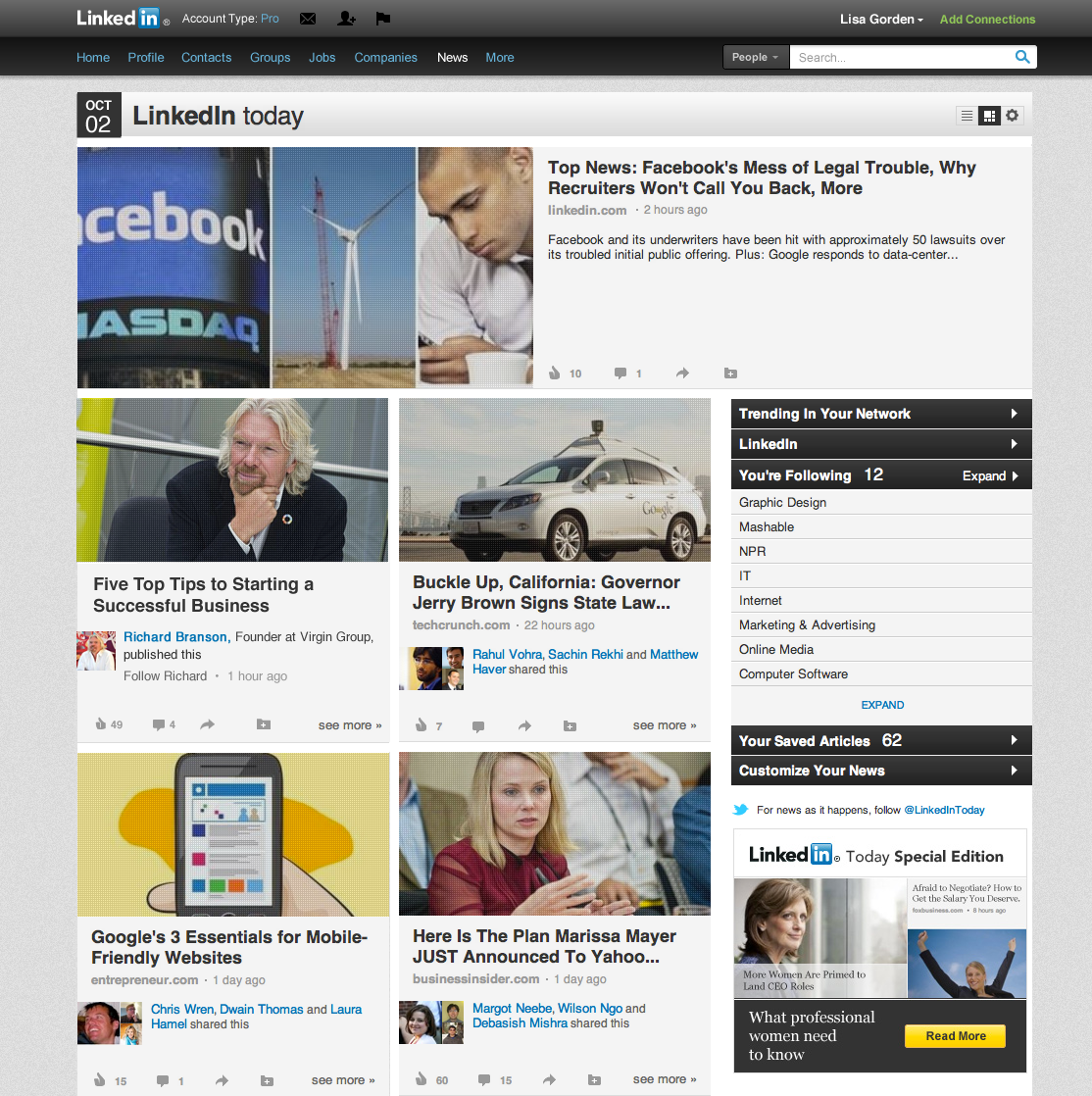 Now you can pick who you want to follow from 150 of what LinkedIn calls “the most influential thought leaders.” These include Richard Branson, Tony Robbins, Sallie Krawcheck, Craig Newmark, Barack Obama, Mitt Romney and more. You can read what they are saying, like and comment directly on their posts, and share with your network. Posts from influencers will also include videos, photos, and slideshare presentations. On the backend, influencers can see what content is trending, where followers are based and more metrics.

Over the next few months, LinkedIn says it will be expanding the list of influencers you can follow. Members who are interested in becoming an influencer on LinkedIn can submit their request to the company as well. As Roth explains, the company is looking for high quality content.

Recommendations are also part of the new product—LinkedIn is going to recommend similar people to follow based on who you follow and the content you are reading but will eventually do more as LinkedIn gathers more data on user behavior.

“Eventually we want to allow all people to follow each others, ” says Roth.

Launching a follow button for professionals makes sense for LinkedIn. As more people follow each other, and engage in the function; LinkedIn will be able to gather more data on these interactions and provide a more personalized experience for its users both in terms of UI and advertising. The company recently launched the ability to endorse fellow members for skills, which is another way to not only boost interactions and engagements but also create more data points. 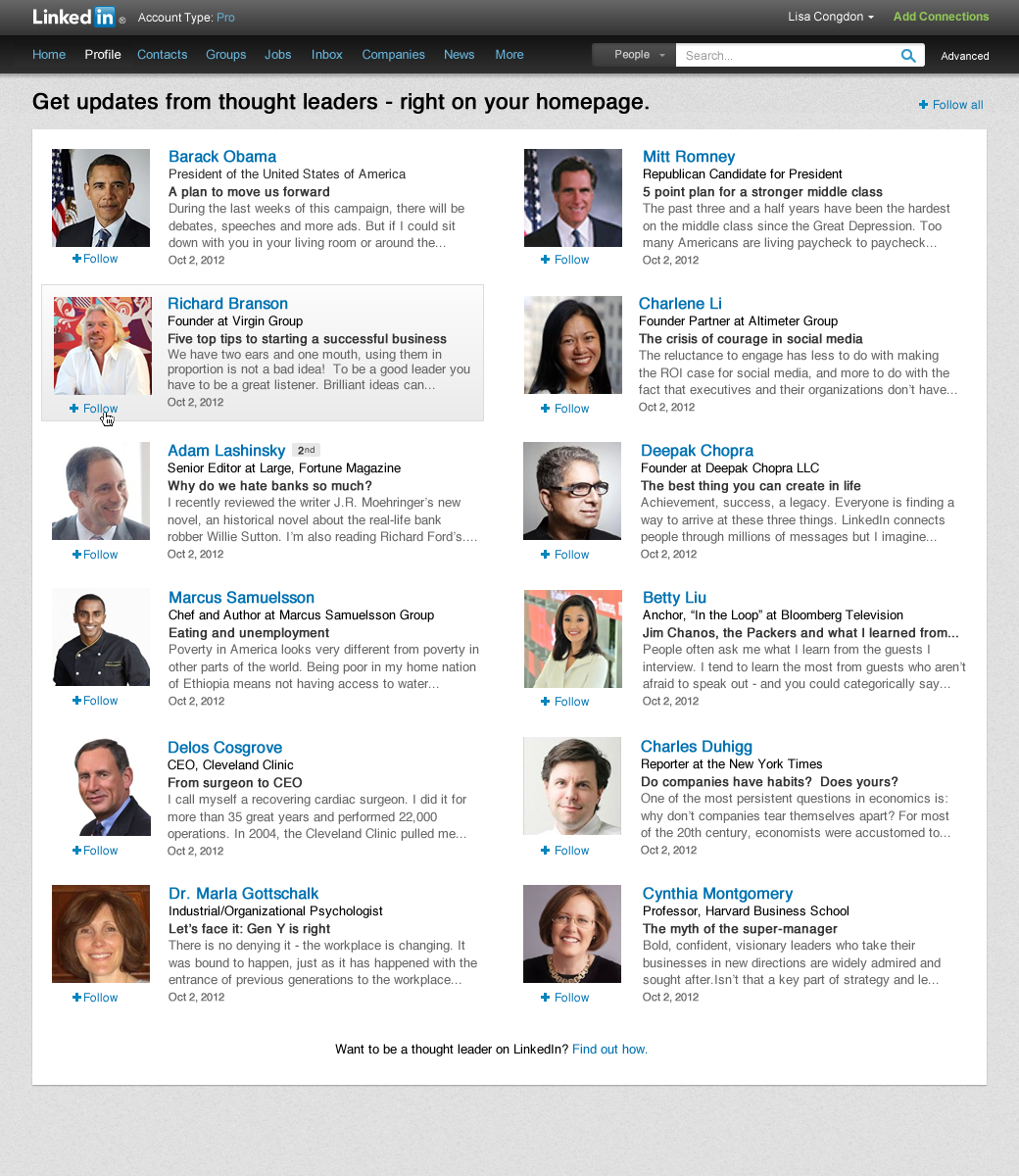