Editor’s note: Wayne Sutton is the founder and CEO of PitchTo, a mobile development lab that builds tools for investors to make smarter decisions and help entrepreneurs deliver exceptional pitches. This article is inspired by Dave McClure’s “Women in Tech: Put Your Money Where Your Mouth Is.” post. Follow Wayne on Twitter.

What a difference a year makes.

Last year the question was “Where are the minority entrepreneurs?” It was highly motivated by the 2010 CBinsights Venture Capital Human Capital Report, which stated that only 1 percent of minority tech startup founders were founded by African-Americans. But the conversation about minority entrepreneurs didn’t only apply to African-Americans, it also included women and Hispanics. The dialogue reached its peak by various snippets from the CNN’s “Black in America 4” documentary and niche tech blogs. 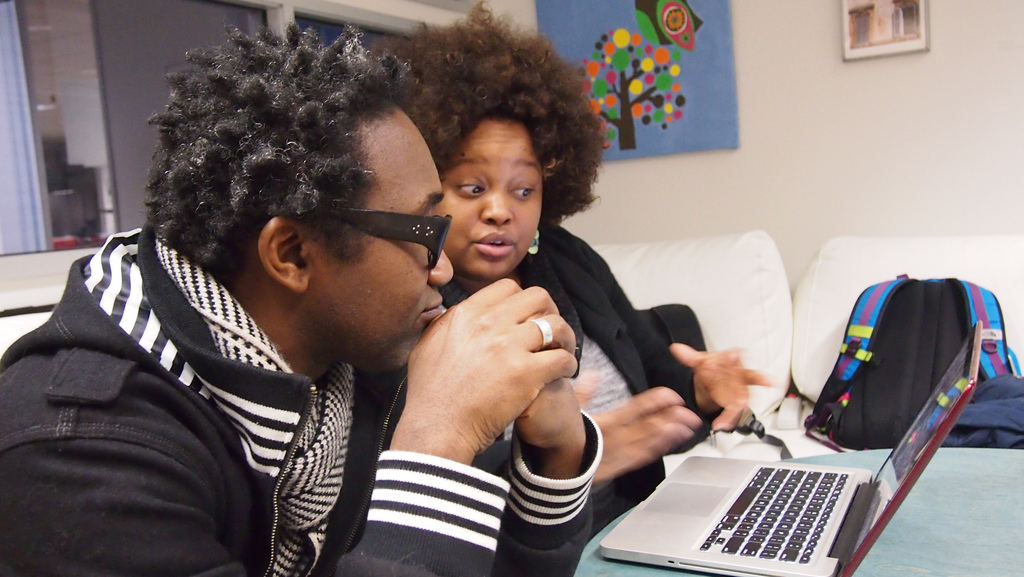 For that let’s take a look at some data:

Women and Minority Entrepreneurs and Investors

The fact that celebrities and athletes are getting more active in the tech startup space could also continue the increase in minority entrepreneurship in various cultures, especially for African-Americans who often look to the sports and entertainment industries for careers. Now there are conferences such as Venture Draft, which educates and connects athletes to venture capitalists in the hopes of providing the necessary information that could spark investment opportunities to entrepreneurs in markets outside of Silicon Valley.

As for the Hispanic community, Mexican.VC has been leading the charge, and was acquired earlier this year by 500Startups. Another force in the Hispanic community and beyond is the Latino Startup Alliance founded by Jesse Martinez. The Latino Startup Alliance doesn’t offer funding, but is a great resource in Silicon Valley for like-minded entrepreneurs.

Other programs, such as America 21, DreamIT Ventures (which has a minority-focused Accelerator), Black Founders, DiversiTech, Tristan Walker’s CODE2040 (which matches black and Latino engineering students with Silicon Valley startups for summer internships), and the NewME Accelerator have played roles in increasing the number of minority entrepreneurs. Another group that provides venture capital to minorities is the Philadelphia-based Minority Angel Investor Network.

There is also the Venture Capital Access Program (VCap)  which launched earlier this year. The VCap program  is a partnership between the National Association of Investment Companies, Harvard Business School Alumni Angels of Greater New York, and the Marathon Foundation.

For women-specific programs, Women 2.0 provides tons of valuable information as well as hosts events, and Golden Seeds is an investment firm dedicated to delivering above-market returns through the empowerment of women entrepreneurs. The DigitalUndivided, a new women-led team, is hosting its first FOCUS100 symposium, which connects thought leaders, tech start ups founded or co-founded by black women, brand managers, and innovators in New York.

The newly launched Women Innovate Mobile (WIM) is an accelerator aimed at helping to promote companies started by female entrepreneurs in mobile technology. Both WIM and DreamIt provide financial investments for founders accepted into their programs. Often overlooked or not mentioned when it comes to supporting women entrepreneurs are programs such as Astia Entrepreneur and the Pipeline Fellowship. For programming and engineering there are women-specific programs such as Black Girls Code, Girls Who Code, and national meetup groups such as Women Who Code and Girl Develop It.

But even though we have seen an increase in minority entrepreneurs, accelerators, and other community programs, it’s going to take access to capital and a strong angel investor community to sustain the growth. As the saying goes “the color of money is green,” but minority entrepreneurs will need support from minority angel investors and venture capital to compete in the competitive technology innovation business.

There are also a few well-known African-American Angel Investors, including early Zappos investor Erik Moore and Daymond John of the Shark Tank. With Daymond claiming the “throne” for now, there’s an even smaller number of minority-owned venture capital firms across the country. They include Syncom Venture Partners led by Terry L. Jones; Echovc Partners, led by Eghosa Omoigui; H360 Capital led by Hezekiah Griggs III; Bronze Investments, led by Stephen DeBerry; Valencia Ventures, led by Stephan Adams; and Jalia Ventures, led by Kesha Cash. While these firms may be minority-owned, that certainly doesn’t mean they only fund minorities; they, like everyone else, are looking for great companies — regardless of management’s race, ethnicity, or gender — to invest.

There is no way these organizations alone can support the growing number of minority entrepreneurs — and they shouldn’t. But they can help, and what each “underserved” community needs to do, as Dave McClure says, is to: “STOP TALKING and start TAKING ACTION to create solutions.” Dave challenged individuals to make at least three investments of $5,000 or more in startup companies in the next 12 months. I challenge you to do the same.

If you’re a minority entrepreneur, the challenge for you and all of us is to not only be good, but to be great — that is, if you would like to raise capital for your startup. The money is there but the question is are you ready?