Earlier this month, Evernote launched version 2.0 of Skitch, the popular screenshot tool the company acquired in 2011. Sadly, Skitch 2.0 didn’t just do away with Skitch’s idiosyncratic but highly functional user interface, but it also dropped a number of features in the process. Version 2.0 currently has a 1.5-star rating in the Mac App Store and almost 600 1-star reviews. Today, Evernote is launching version 2.0.1 of Skitch and thankfully, this version brings back a number of features that went missing in the first update. In addition, Evernote is making Skitch 1.0 available for download again.

Evernote says it just submitted the update to Apple, so it may take a few days before you see it in the App Store, but you can download it from the company’s servers now. The new version reinstates a few old features and introduces quite a few new ones, as well. Skitch 2.0.1, for example, now allows you to choose which file format to save your screenshots in (PNG, JPG, GIF, TIFF and BMP). This update also gives you control over how and when you want to sync your screenshots with Evernote and you can finally rotate images again. 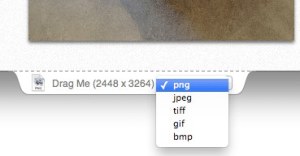 New features include the ability to change arrow directions (some people, it seems, prefer to draw their arrows tail first and others arrowhead first), as well as the addition of some keyboard shortcuts.

Still gone, however, is the ability to resize an image just by grabbing and dragging the corner of the app’s window, as well as the magnifying glass that allowed you to make sure your screenshots were accurate down to the last pixel. You also still can’t minimize the app to the menu bar.