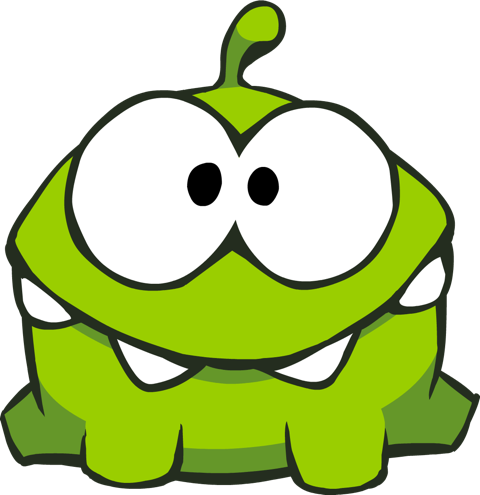 In another sign that mobile games are challenging or usurping other mediums like cartoons for creating powerful childrens’ brands, Russia’s ZeptoLab just signed a deal with Burger King to bring their Om Nom character from Cut The Rope into kids’ meals next March.

Cut The Rope will have six toys in kids’ meals next year. For its part, ZeptoLab is creating a new game with six levels that goes along with the toys. The company isn’t sharing terms of the deal except to say that it’s a “marketing” partnership, which probably means that there is no licensing revenue. It’s likely to be a pure promotional agreement.

“It’s reciprocal marketing,” said Tanya Haider, who came to ZeptoLab after serving as Nickelodeon’s senior vice president overseeing Spongebob Squarepants. “We will drive our users to their stores because we have this massive audience base here in the U.S.” ZeptoLab has seen more than 250 million downloads globally across iOS, Android and MacOS.

The company is one of a handful of early mobile developers that quickly amassed brand recognition and a sizable audience on the iOS platform. ZeptoLab, along with Slovenia’s Outfit7, Australia’s Halfbrick and the biggest one of them all, Finland’s Rovio, have moved into merchandising over the past year.

What’s interesting about all of them is that none are American and are all either bootstrapped or minimally diluted by venture funding. Even Rovio, which raised $42 million last year, only gave up 15 percent of the company to venture investors.

ZeptoLab is wholly bootstrapped and has 35 to 40 employees. These companies are lean, they control their own destinies and they have massive global reach thanks to the iOS and Android platforms. With both platforms having seen about 900 million device activations or cumulative device sales, smartphones are becoming increasingly competitive to other mediums like television.

ZeptoLab isn’t disclosing revenues or the share that comes from merchandising.

“We’re in the very early stages of a merchandising roll-out and we’re looking to grow that quite significantly,” Haider said. The company only announced its first wave of merchandising back in June with an agreement to release toys, games, apparel, accessories, confectionery, home decor and stationery. They closed a deal with Hasbro to release co-branded board games.

They’re trying to take a slightly different approach from Rovio, which is basically ubiquitous here and in China with the Angry Birds brand. “Our goal is to not oversaturate the market,” Haider said. “We’ve been really careful.”