You’ve probably already heard, but just in case you forgot to wear your Angry Birds merchandise, Bad Piggies has just hit the scene. It’s Rovio’s latest and greatest, and it brings something slightly different to the mix.

Instead of flinging birds through the sky, or space, you’re actually much more concerned with the pigs. The goal is to reach the finish line of a map by constructing vehicles (both terrain and aircraft) and loading pigs inside. 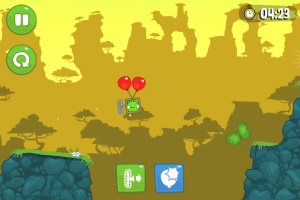 It’s the first time the Rovio team has ventured to expand the Angry Birds universe in an original way. Amazing Alex was essentially an acquisition, and every other Rovio title is either a promotional movie tie-in or seasonal, save for Angry Birds Space.

And after conquering the mobile world (which is growing by the minute), Rovio has crafted Bad Piggies to be more difficult than any of the Angry Birds games. In hindsight, Angry Birds Space now looks like a dip of the toe into more challenging gameplay for Rovio, as more dedicated mobile gamers have criticized the series for being a bit too easy.

The main issue appears to be that Angry Birds is generally lenient with regards to moving on to the next level, whereas getting a high score (in Angry Birds Space) or three stars (on Bad Piggies) might be more difficult, and more challenging still to collect all the golden eggs and such. 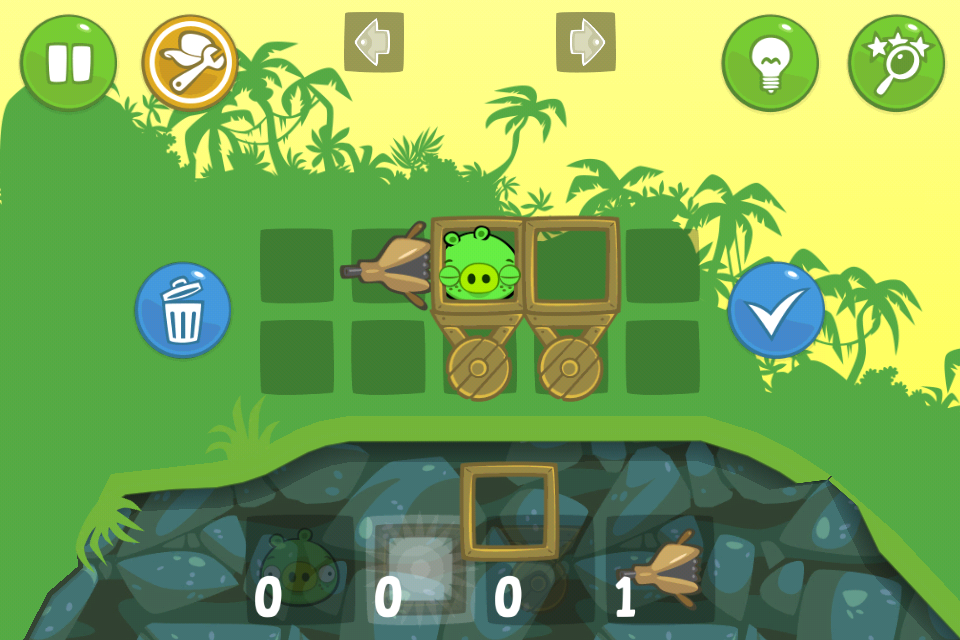 This, in turn, makes it much more challenging than anything we’ve ever seen out of Rovio. Of course, when you start to get the hang of it, it’s still very accessible to the casual gamer. And this is usually Rovio’s specialty — appealing to a broad audience, including frequent, casual, and non-gamers. The non-gamers, in particular, are Rovio’s key to success and simultaneously an Achilles’ heel.

You see, Bad Piggies tries to reach out to more frequent, competitive (and maybe even hardcore) gamers, by making a perfect score less attainable. Because there’s no extra “stuff” (wood, brick, glass) to demolish, there’s no longer a “score”. The beauty of the score is that it lets more competitive gamers get aggressive and enjoy competing, while still letting the more casual users sneak through levels with one star.

Without the score, Rovio has opted to make it even more difficult to get three stars (and in Bad Piggies, it certainly is once you get into the Second Episode: “When Pigs Fly”). So not only will casual gamers, like myself, find it more difficult to be exceptional (and achieve three stars), but the cream of the crop, the really great players, will all smear together as people who spent the time and energy to get to three stars, with no distinction past that.

There’s no leader board champion. So even though it may be more challenging, it doesn’t appeal to the competitive nature of most intense gamers. 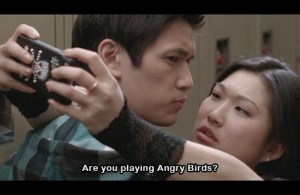 On the other side of the coin we have the non-gamers. Moms, and other people like moms, who aren’t interested in most games but have been attracted by Angry Birds references on Modern Family and Glee and become hooked. But to those non-gamers, Bad Piggies could become frustrating.

To be clear, I applaud Rovio for continuing to push the boundaries of their demographic. Everyone from a grandparent to a gaming enthusiast can enjoy the products they offer. The same should be true for Bad Piggies, perhaps with the added benefit of keeping the gaming community interested for more than a few minutes, or interested at all. But it may also have the side-effect of frustrating the less gamey crowd.

From a business perspective, this aggressive move makes sense. The more difficult the game becomes, the more enticed users are to purchase collectibles and extra building pieces to achieve three stars. And after a report that Rovio’s revenue has been down lately, that’s exactly the type of strategy you’d expect out of the Finnish gaming company.

In any case, it’s still a fun, mentally stimulating game that only adds a new layer of thought processing onto the already-successful Angry Birds formula.

Certainly worth checking out.