Mobile advertising startup Metaresolver is launching today, and like a number of other companies emerging in recent months, it’s tackling what its founders see as the big problem holding back mobile ads — accurate audience targeting.

The company was founded by Seamus McAteer (CEO), previously co-founder of comScore-acquired mobile data startup M:Metrics, and Mike Rowehl (CTO), the first engineer at Google-acquired AdMob. It spun out of Churn Labs, the startup generator that was created by Rowehl and AdMob founder Omar Hamoui. (In fact, Rowehl and Hamoui’s decisions to focus full-time on specific startups led to Churn’s shutdown.)

McAteer tells me Metaresolver isn’t trying to create divide the audience into segments like the just-launched AdMobius, but instead working on the step before that. The startup works with digital agencies to provide “clean, trustworthy data” that can serve as “the foundation” for smarter media buying.

Every ad impression already comes with some significant data, McAteer says, including the viewer’s latitude-longitude and device, but it’s often inaccurate.

“At least somewhere between 10 and 15 percent of the time, that data is categorically incorrect,” he says. “There are a lot of lat-longs resolving to a corn field in Kansas. A lot of vetting needs to be done with the data.” 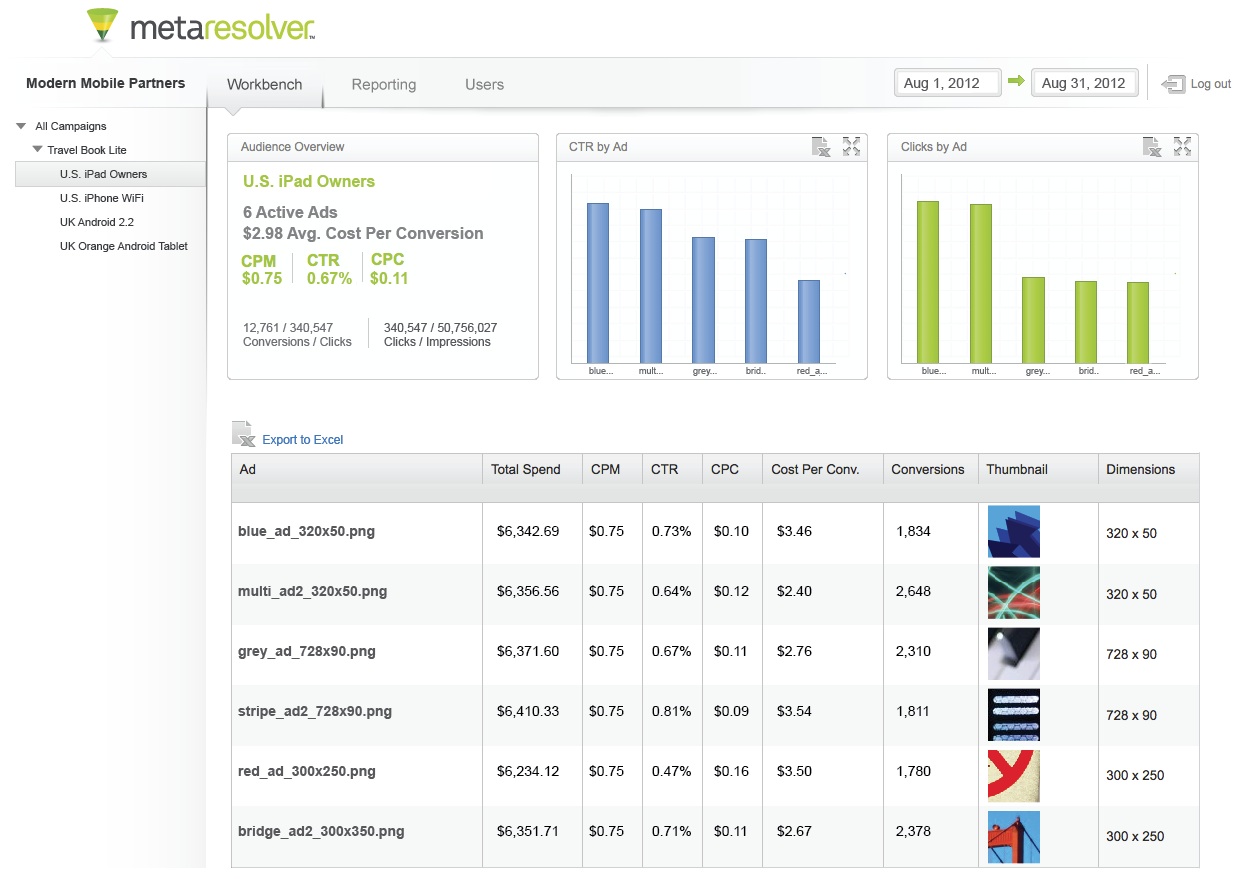 So Metaresolver tries to provide that vetting, taking the basic data and cleaning it up. If you look beyond mobile advertising, McAteer says there’s “nothing new” about what Metaresolver is doing: “It’s tried and testing marketing media intelligence. We’re starting with really a clean, foundational data set, and we’re coupling that with programmatic media buying.”

Earlier this year, Metaresolver raised a seed round led by Baseline Ventures and Harrison Metal Capital, with participation from Lerer Ventures, Eniac Ventures and iHatch Management. (Metaresolver’s CrunchBase profile says it was a $1.85 million, but I’m still trying to confirm that number with the company.) The company says it has been working with beta customers since May.