Vox Media‘s 312 SB Nation sites for sports teams around the country are getting a major upgrade today that spans its user interfaces, editorial workflows and ad displays (including for mobile). Publishers who still don’t care about perfecting their web products need to pay close attention.

Readers will immediately notice fancy new homepages for their favorite teams, with classy site-specific logos, a “cover” of featured stories above the fold, and a well-organized stream of articles and community features further down the page — right and left-hand navigation bars for tweets, fan posts, fan videos, comments, and more.

But the upgrade, called SB Nation United, is really about bringing together and improving all of the tech products that Vox has been developing through SB Nation or its flagship tech site, The Verge, and making them available to any Vox-owned site. Look for the latest, gaming site Polygon, to come pre-loaded with all the features when it launches next month. 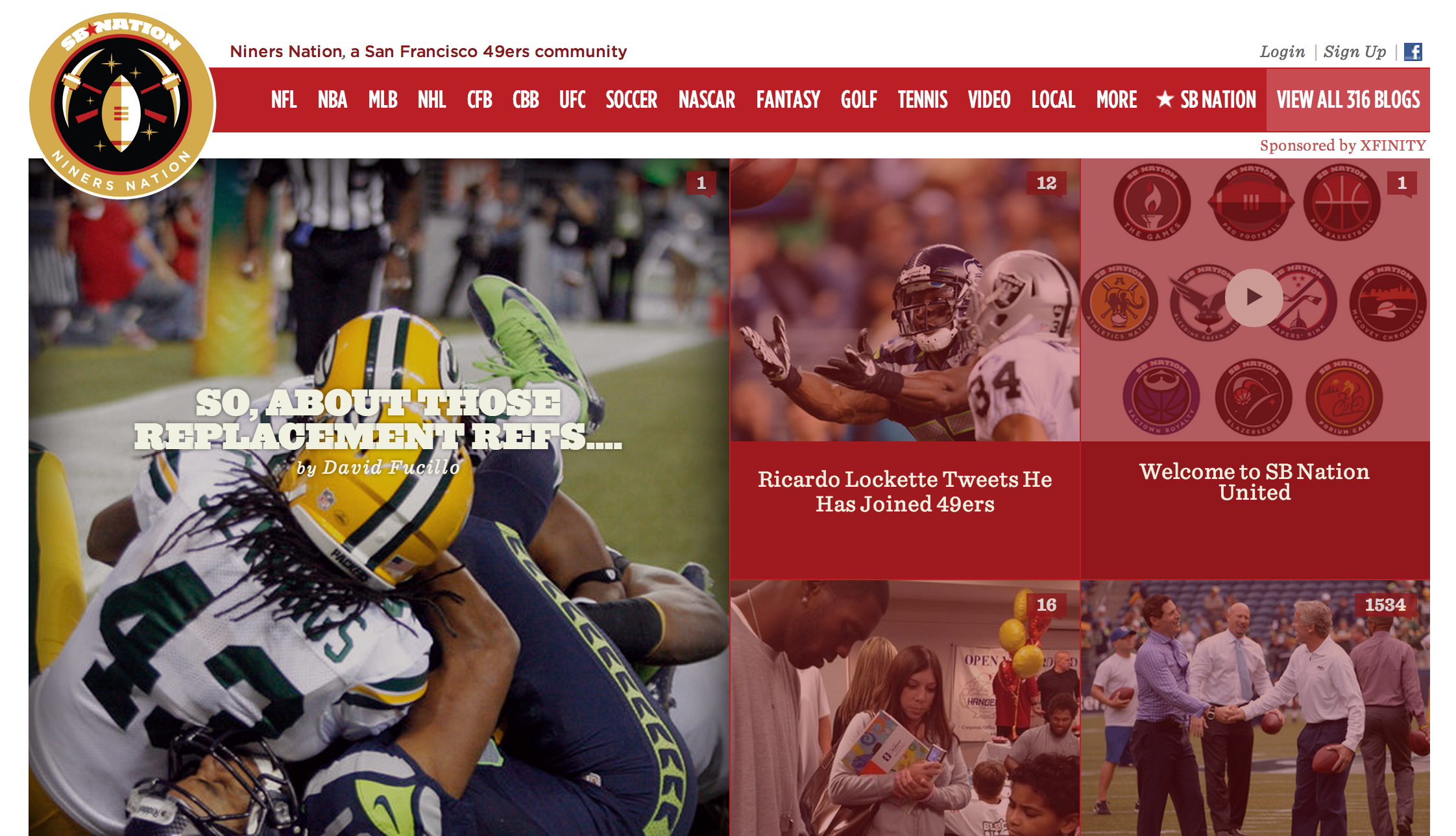 Today, for example, all SB Nation sites will get access to the StoryStream product like what you see on The Verge. The format, designed to wrap together all relevant coverage on a big news topic, includes a top headline, an image, an index that floats with you as you scroll down, a list of the site’s stories, a selection of latest comments on the right-hand side of the page, and various banner ads.

Just as importantly, the stories themselves will also be taking on a whole new life.

Usually when I go get briefed at startup offices overflowing with product teams — and old donut boxes from last weekend’s marathon coding session — I don’t hear the CEO bragging about how many writers they’re hiring. But that’s what Jim Bankoff was doing yesterday at the company’s historic townhouse headquarters in Washington, DC (well, actually in the one remaining spare meeting room, at the top of a converted stable in the back).

Here’s what he’s talking about. SB Nation has created a national editorial team that will be writing and assigning breaking news and features to each of the team sites.

Let’s say I’m blogging at McCovey Chronicles and my San Francisco Giants decide to trade Barry Zito while I’m out at a sports bar. The national desk can write up a quick story and publish it on my site, then I can follow up with my own coverage when I’m back online. 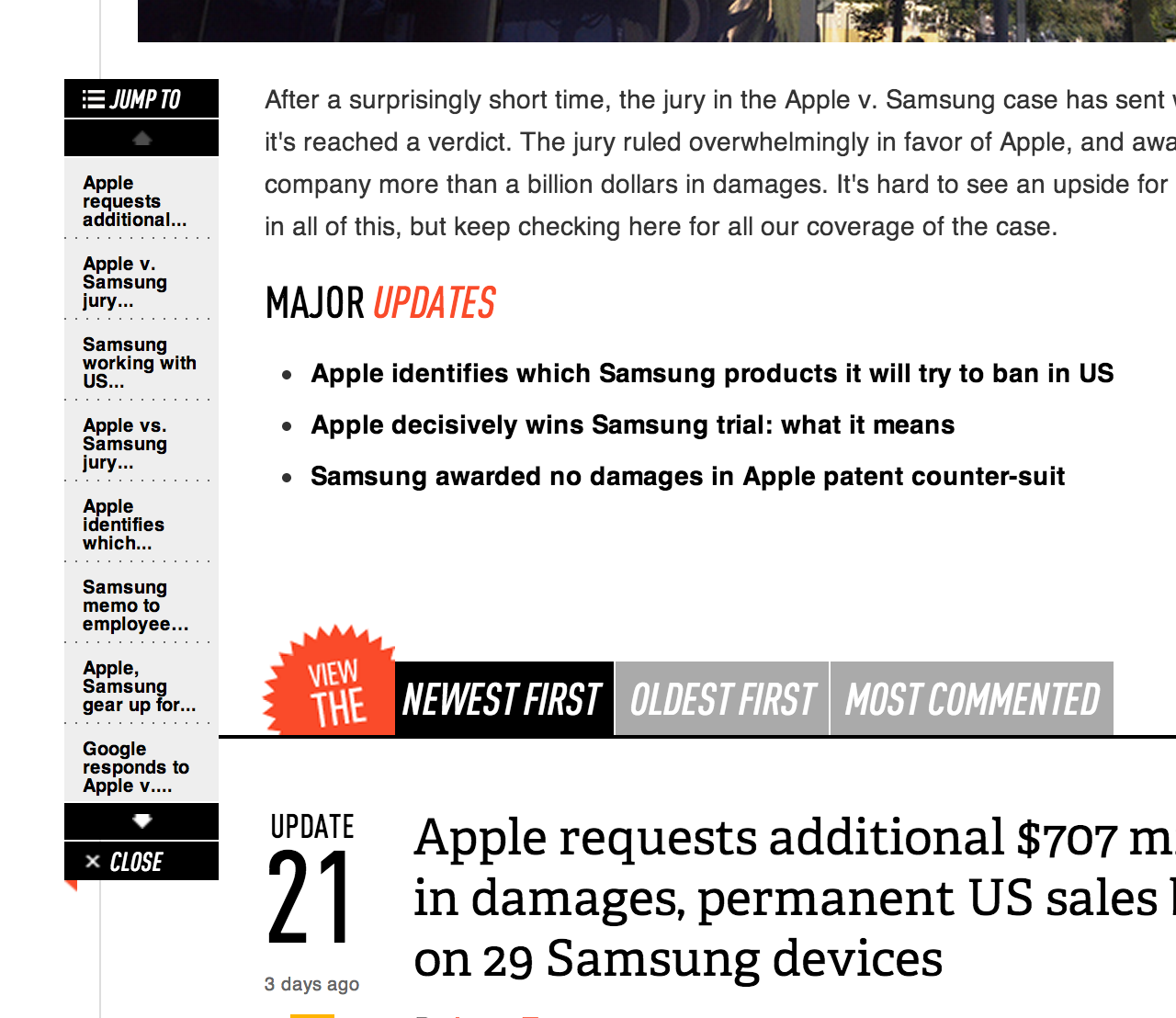 That’s a quick example of the network-wide editorial-product integration. There’s also going to be a whole new set of features being led by the national editors, called packages. Let’s pick a hot topic these days — say, replacement refs in the National Football League blowing call after call and game after game, making the sport almost unwatchable. SB Nation’s national edit team can create a package of feature stories about the controversial topic that bloggers for each site can choose to run.

The package runs with a quality photo and headline within the top pane or within a special section of each site. When they click through, readers will see an assortment of articles from the national desk and team sites running beneath. Vox is using its Chorus editorial workflow backend to manage the whole thing. If the Acme Packing Company, the SB Nation site for the Green Bay Packers, wants to include its coverage of the blown call from last night that cost the team its Monday Night Football game against the Seahawks, they can just use the system to drop it in. That story will then be included across all of the other football team sites that publish the package. 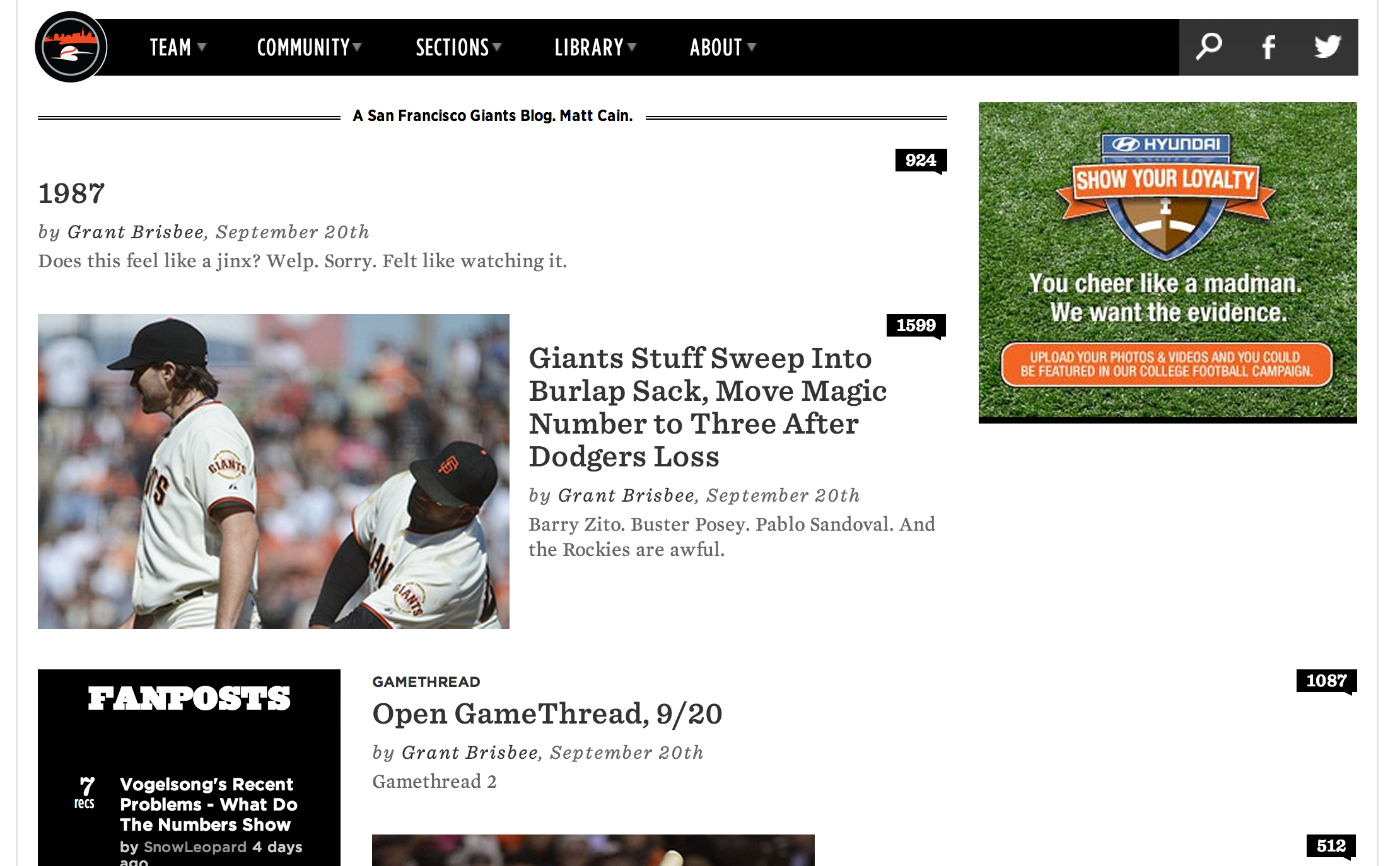 This new format, as with the rest of the changes, tie in with Vox’s brand ad business. In addition to the background wallpaper ads, top banners, skyscrapers and other formats, advertisers can buy specific packages and get distribution across the network. The inventory for these features include a gray text with the sponsor name in the top right corner of the home-page panes, then a prominent logo displayed above the image and stories within the package page.

SB Nation is also making another move to unify the network. It’s added a top navigation bar running across each site, that includes links to each of the professional sports that it covers — and a red-dot notifications feature kinda like what you see on Facebook. If you’re logged in, it’ll track what other SB Nation sites you’ve visited recently, deliver those notifications, and let you open up a drop-down menu to see what’s new.

So far, it might sound like the company is entirely focused on the desktop. The more subtle but still significant upgrade today is about making the same product work across any device. The text, images, and even ads are responsive to screen size. If you open any of your sites on your phone or your tablet, each piece of media will automatically adjust (try resizing your browser on any Vox site to see for yourself). The multi-pane “cover” display will move images down from a big box to a long-thin column. Text will move down into new lines instead of getting cut off. Background wallpaper ads will shrink down and collapse. Tech-wise, this last set of features is just HTML5 and CSS. The difference is that the product looks great for readers, and doesn’t ruin the ads.

Overall, this is an impressive upgrade to the company’s already-impressive Chorus publishing platform (see more details from my review in March). The most immediate issue I could find is that some SB Nation sites leave too much white space within the formats they choose for stories. That’s an easily solvable problem. The harder one is the business model — Vox is already able to pull in some quality advertisers, but it’s competing for display dollars against the entire internet, including Google, Facebook, Yahoo, TechCrunch’s own parent company, AOL, and various other tech and media conglomerates. I don’t know its latest traffic numbers, but the company presumably has a lot of growing left to do in order to attract the big-time revenue it’s looking for. With this upgrade, at least, we can see that it’s making moves that point it in that direction.