A startup called Wanderful Media wants to find a place for circulars (those printed flyers full of the latest deals and coupons) in the digital world.

Circulars have long been a staple of printed newspapers, and it sounds like the media companies are pretty invested in helping this model make the digital transition. Specifically, 12 of those companies have collectively invested $22 million in Wanderful (which previously did business as ShopCo Holdings). The investors include Cox Media Group, The E.W. Scripps Company, Gannett Co., Hearst Corporation, MediaNews Group, The McClatchy Company, and The Washington Post Co.

Newspapers are also the key distribution partners for Wanderful’s first product Find n Save. Wanderful says FindNSave is already powering the deals/shopping sections of newspaper websites in more than 250 markets, for example the Sacramento Bee and the San Francisco Chronicle. Through these sites, consumers can browse, save, and print local retailers’ coupons, which have been converted from print to digital. (Wanderful acquired a print-to-digital conversion company called Travidia last year, and it operates a conversion center in Chico, Calif.) 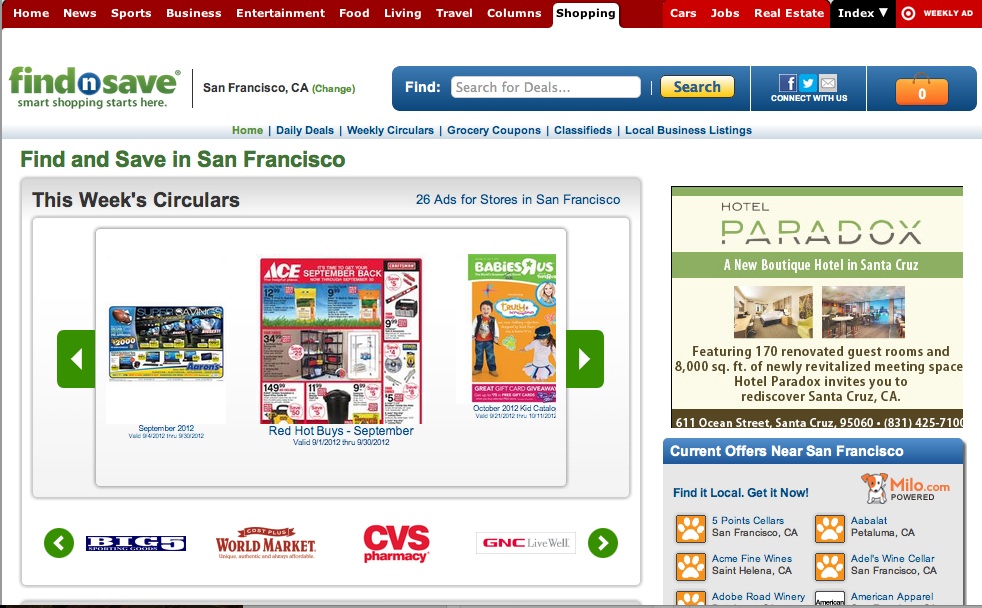 Getting that many publishers behind a single company is pretty impressive, but Wanderful CEO Ben T. Smith IV (formerly co-founder/CEO at MerchantCircle and CEO at Spoke.com) tells me adoption has been driven by the retailers. Once they signed up, the publishers followed.

“From a retailer’s perspective, they didn’t want to deal with 50 different experiments,” Smith says. Instead, Wanderful gives them one place where they can get their deals in front of readers in the aforementioned 250+ markets (and the company plans to expand to 600 sites in 2013).

Smith adds that the launch of Find n Save tablet and smartphone apps is also imminent. The tablet will become the “core experience” for “discovery shopping”, Smith says, while Wanderful can use the smartphone apps to deliver up-to-date alerts when you’re in a store.

Eventually, Smith plans to expand Wanderful beyond the Find n Save product, using the technology to tackle other industries. 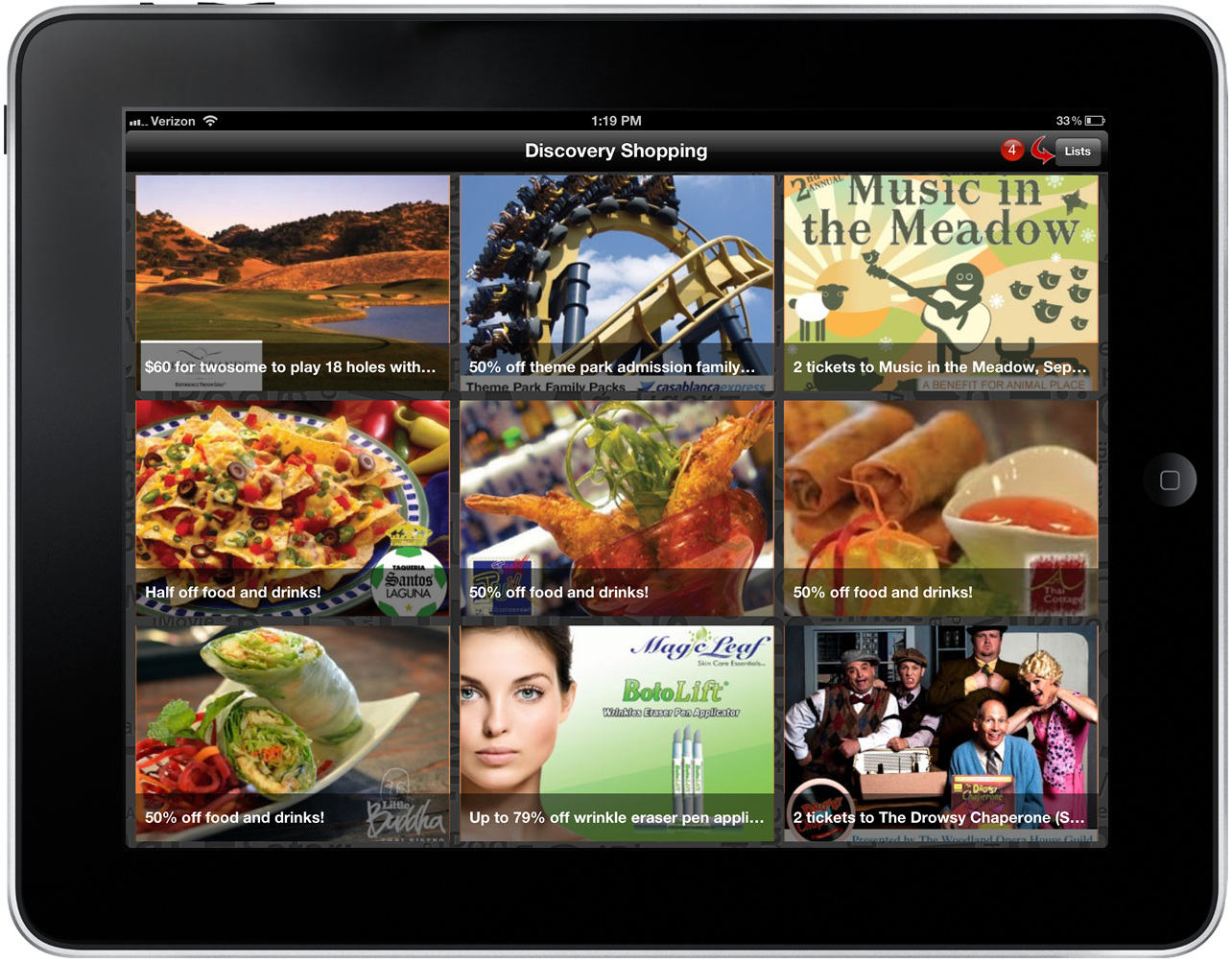