Google today announced that it is bringing its indoor maps for places like airports, museums, and malls in Google Maps for Android to France. So the next time you stop by Galeries Lafayette in Paris, you will be able to see detailed floor plans for every floor, including information about escalators, ATMs and nearby restrooms. The maps vary in detail, but the floor plans for supermarket chain Carrefour, for example, will even show you what’s in the different aisles and give you walking directions.

Right now, Google Maps features just 50 indoor floor plans in Google Maps for Android, but the company plans to expand this feature to more locations in the near future. Paris’ Charles de Gaulle and Orly airports, for example, are represented in this release, but you won’t find maps for popular museums like the Louvre or the Musée d’Orsay.

Sadly, this feature is only available on Android and can’t be access through Google Maps on the web (though if Google ever releases a version of Google Maps for iOS, we expect it will also feature indoor maps). 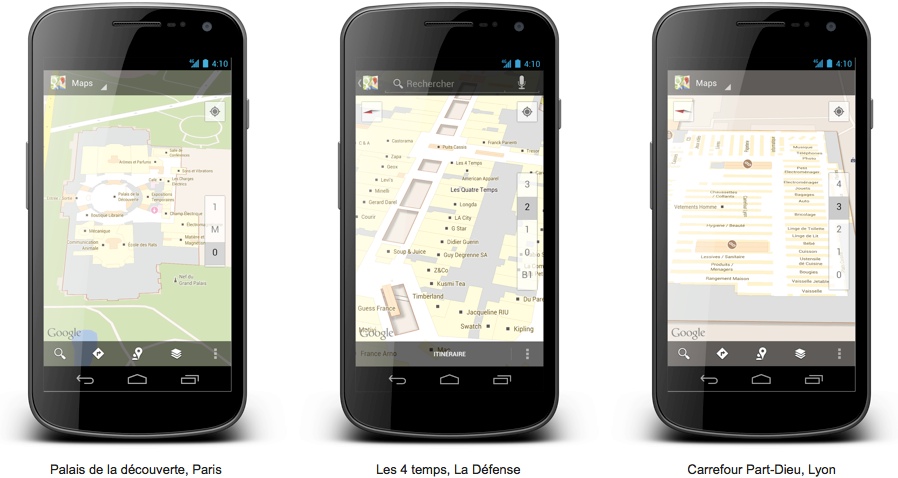