Editor’s note: Sarah A. Downey is an attorney, privacy advocate,and writer. She joined Abine, an online privacy startup, in 2010 after receiving her J.D. from the University of Connecticut School of Law, where she received a certification in intellectual property and was a Pudlin First Amendment scholar. Keep up with her on her blog and on Twitter.

The ad industry says that Do Not Track will destroy the free Internet. We love the Internet and would be pretty upset if it died, so we looked deeper into this claim.

Advertisers make this argument all the time, and it goes something like this comment from Linda Woolley, executive vice president of government affairs at the Direct Marketing Association: “If you get rid of [personal data collection], you kill the Internet. It’s just that simple.” Advertisers claim that all the content you see online can only exist because tracking-based advertising funds it.

But according to the Interactive Advertising Bureau (IAB), the online advertising industry had revenue of $31.7 billion in 2011, and only about 15 percent of that, $4.9 billion, came from online behavioral advertising (OBA), ads that target consumers through personal information-powered tracking techniques and that are causing the privacy controversy. 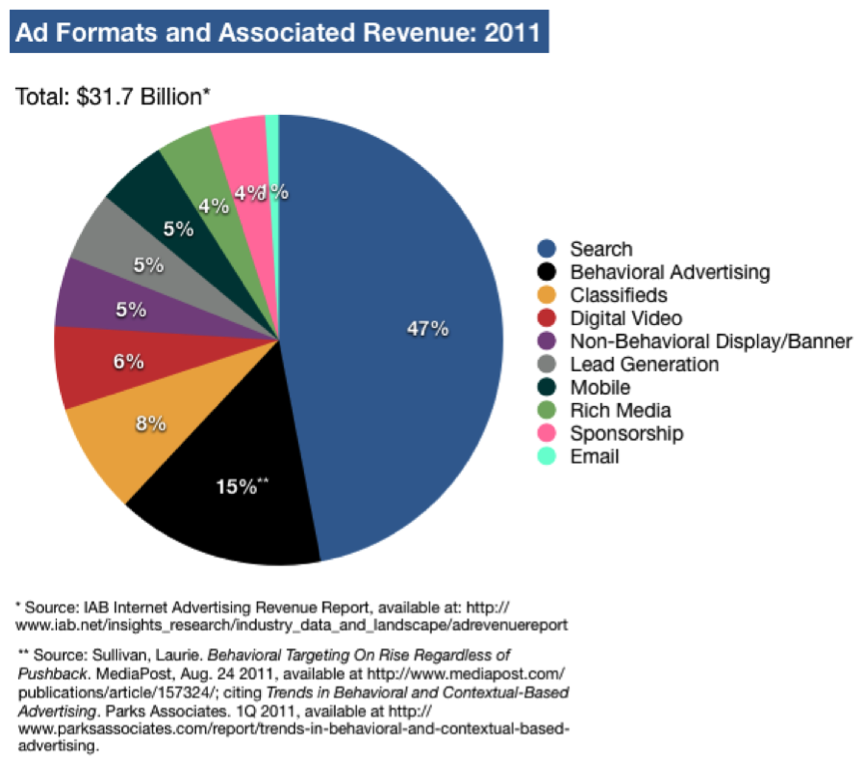 The impact of Do Not Track on advertisers’ bottom lines is further reduced when you consider the following facts:

Considering the facts above, it’s generous to say that targeted advertising is even 15 percent of the ad industry’s revenues. In fact, business is booming for the online ad industry:  their revenues have increased by 530 percent since 2002, as this figure from their 2011 annual report shows: 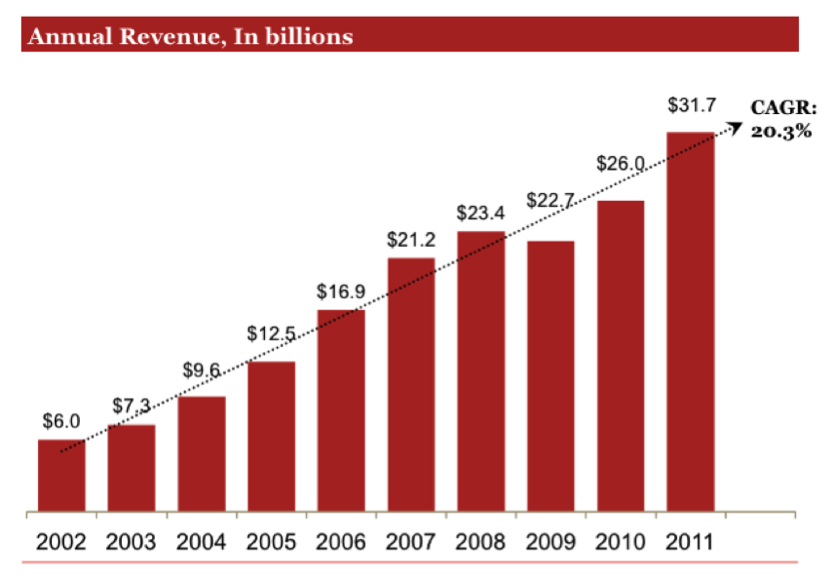 Combine that with the fact that 68 percent of people are “not okay with targeted advertising because [they] don’t like having [their] online behavior tracked and analyzed,” and 71 percent are “very concerned” about companies selling or sharing their information without their permission, and it’s clear that we need to start a dialogue about the tradeoff between consumer data collection and behaviorally-targeted ads.

We repeatedly hear that users want to understand what data is being collected, by whom, and how these companies might ultimately use it. These questions are the real unknowns that consumers care about and that advertising companies can’t answer. What is all this data they’re collecting, and where is it all going? And this isn’t just a U.S. issue. Europe’s e-privacy directive, implemented in May 2012, gives Internet users stronger rights regarding data collection, deletion, and access, and directly reflects stronger European protections for personal privacy.

Seventy percent of Europeans are worried that companies may use their personal data for additional purposes besides that for which it was collected. This sentiment varies by country– 69 percent of Germans; 48 percent of Danes; and 54 percent of Europeans in general worry about search engines tailoring ads or content to their hobbies and interests. The trend across the globe is that consumers and policymakers are growing increasingly concerned about how data is being collected and used, as seen in The World Economic Forum’s study, “A Global Perspective on Freedom of Expression, Privacy, Trust and Security Online.”

Data collectors and privacy advocates are fighting a pointless arms race where advertisers track consumers without their knowledge or informed consent, make it difficult or impossible for consumers to opt out of tracking, and continually build new tracking techniques to evade any actions consumers take to protect their privacy. We see examples of this all the time, from KISSmetrics’s use of undeletable cookies, to ad network Chitika’s opt-out that only lasted 10 days in contrast to any reasonable consumer’s expectations, to Google’s circumvention of Safari privacy settings that cost them $22.5 million in FTC fines.

Let’s be clear that we’re not against advertising. We simply believe that there needs to be a real dialogue about the widespread, daily, and largely invisible collection of users’ private data that’s taking place. In fact, the majority of advertising doesn’t pose any privacy threat because it’s contextual, meaning it’s based on where the ad is placed, not on who sees the ad. For example, ESPN ads are based on the average demographic of people who watch ESPN, which makes sense to people. It’s not invasive; it’s expected. All TV, radio, and print ads are contextual. TV ads, generally considered the most effective mass-market advertising format, don’t require any data collection. Even during 2010’s economic downturn, television advertisers “reported windfalls in television revenue.” 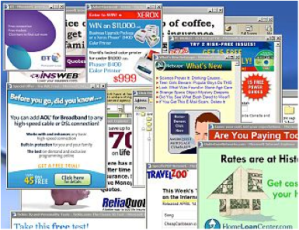 This is the same industry that gave us invasive pop-ups (right) and spam, and advertisers made the same claims about them: that they need these tactics to support their business model and “free content” online. Defending the use of pop-ups in 2000, ad executive Michael Tchong said that “All this free content isn’t going to continue to be free unless users pay for it somehow, and the payment is advertising.” It sounds a lot like what we’re hearing today about online tracking.